Dr. Blau on a Research-Based Approach to Meet OCM Requirements

Dr. Berk on the Role of Hospitals Versus Independents

A "Perfect Storm" Drove Independent to Merge With Hospital 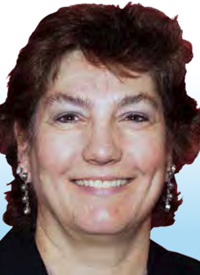 Kari Young, CPA
As many hard-pressed physician practices have been doing in the present healthcare environment, our oncology practice also had to take a hard look at our operational design, strategy for the future, and sustainability. Our assessment resulted in the difficult decision to leave private practice and merge with one of the hospital systems in our city. Many people have asked why we would make such a traitorous decision. Independence is still highly valued by many physicians, and “selling out” to a hospital is considered analogous to selling one’s soul to the devil. As you may imagine, various factors led up to the final decision, including marketplace structure, payment changes, rising operating costs, and regulatory requirements. Our options were limited, and most were not very palatable, but while all appearances indicate a failure to thrive, the end result was a brilliant exit strategy for our owner–physicians.

Over the decade just ended, oncology care had evolved dramatically in the city. Hospital A built market share by creating a radiation oncology program and affiliating with a nationally recognized cancer program. Instead of partnering with the community by referring patients to existing oncology practices and inviting community oncologists to chair oncology committees, Hospital A began hiring medical oncologists and leveraging its owned health plan’s number of covered lives (an almost 50% market share) to the exclusion of community-based oncology. In the meantime, Hospital B ebbed and flowed as a competitor but managed to sign an exclusive agreement with Hospital C to provide medical oncology services. Hospital C realized fairly quickly that this agreement was detrimental to its other departments, including radiation oncology and inpatient admissions. It took a few years, but Hospital C eventually removed itself from the exclusive service agreement with Hospital B and began looking for a new oncology partner. It was imperative for the survival of community oncology that Hospital C not resort to the same strategy that Hospital A had implemented—building an oncology program from the ground up in direct competition with community oncology.

As Hospital A continued to develop its own oncology program, we saw a persistent adjustment in the mix of payers with whom we were dealing. There were fewer and fewer patients with Hospital A’s insurance plan being referred to our practice, and that left us with a higher proportion of patients whose insurance plans did not cover expenses as broadly. In addition, we saw a change in patient mix, going from 60% hematologic and 40% oncologic disorders to more than 70% hematology patients. This further deteriorated our profitability. The exclusive service agreement between Hospital B and Hospital C’s insurance plan had an adverse impact on our revenue until Hospital C’s insurance plan reverted to an open provider network. Then Hospital C sold the insurance plan, and once again we saw another adjustment in payer mix.
... to read the full story
To Read the Full Story
REGISTER
LOG IN