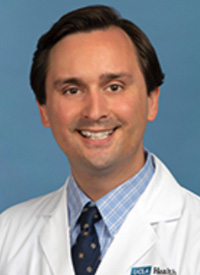 Since 1971, after Cole et al reported activity of tamoxifen in patients with late-stage breast cancer, endocrine therapy (ET) has been the cornerstone of systemic treatment for hormone receptor (HR)-positive, HER2-negative breast cancer.1 Starting in the ’90s, aromatase inhibitors (AIs) were developed in the metastatic setting, showing superiority over tamoxifen in postmenopausal patients.2 As tamoxifen and AIs showed benefit in late-stage disease, these drugs also succeeded in the adjuvant setting. They are now routinely used to reduce the risk of distant recurrence.3 Recently, cyclin-dependent kinase (CDK) 4/6 inhibitors have been changing practice in advanced HR-positive breast cancer, with 3 agents (palbociclib [Ibrance], ribociclib [Kisqali], and abemaciclib [Verzenio]) having now FDA-approved indications for use with ET in the first-line setting.4-6

CDK4/6 inhibitors restrict progression through the cell cycle.7 Under normal conditions, the G1 to S phase transition is tightly regulated by the retinoblastoma (Rb) protein to halt abnormal growth. Through their interaction with cyclin proteins, CDK 4 and 6 phosphorylate and inactivate Rb, allowing G1 to S phase conversion. Inhibition of CDK4/6 by these drugs results in dephosphorylation of Rb and subsequent G1 phase arrest.8 Preclinical studies revealed that HR-positive breast cancer cell-line growth was particularly sensitive to CDK4/6 inhibition. These studies also suggested synergism with ET.9 This observation led to a series of phase II and III trials utilizing these agents in the metastatic breast cancer setting.

Through the subsequent PALOMA-2, MONALEESA-2, and MONARCH 3 studies, palbociclib, ribociclib, and abemaciclib, respectively, were shown to drastically improve progression-free survival (PFS) in HR-positive, HER2-negative advanced breast cancer when added to AIs as first-line therapy.10-12 Additionally, PALOMA-3, MONALEESA-3, and MONARCH 2 all demonstrated significant improvement in PFS after progression on prior ET when these agents were added to fulvestrant.13-15 Abemaciclib, because of its increased potency and continuous dosing schedule, was also evaluated as monotherapy in a single-arm, phase II study.16 In addition, these drugs, while generally well tolerated, have similar toxicity profiles, which include fatigue, uncomplicated neutropenia, and diarrhea. QTc prolongation is seen only in ribociclib, and it is isolated to doses ≥600 mg daily.17 These trials are the basis for which the FDA approved these drugs for metastatic breast cancer, and their use has been widely adopted.

Although ET significantly reduces the risk of recurrent HR-positive/HER2-negative early breast cancer, the cumulative risk of distant recurrence has remained steady for decades and is worsened with increased nodal involvement.18 Adjuvant systemic therapy has, therefore, not been optimized for these high-risk patients and it remains a clinically unmet need. In a series of open-label, phase III trials, CDK4/6 inhibitors are now being studied in the high-risk adjuvant setting (Table).

PALLAS (NCT02513394), which opened enrollment in September 2015, is a phase III Alliance Foundation Trials, LLC/Austrian Breast & Colorectal Study Group trial comparing adjuvant palbociclib plus ET of physician’s choice (including tamoxifen) with ET alone in stage II to III HR-positive, HER2-negative breast cancer.19 The dosing of palbociclib in PALLAS is the same as in the metastatic setting and will be administered for 2 years concurrently with ET. The primary endpoint is invasive disease-free survival (iDFS). Patients must enroll within 12 months of diagnosis and within 6 months of beginning adjuvant ET. Also active and enrolling patients is monarchE (NCT03155997), a phase III National Surgical Adjuvant Breast and Bowel Project trial comparing adjuvant abemaciclib plus ET (including tamoxifen) with ET alone.20 MonarchE opened in July 2017 and is similar to PALLAS in terms of the primary endpoint, dosing schedule, and study drug administration period. However, monarchE excludes patients with node-negative disease and allows only up to 12 weeks of prior ET.21