Dr. Lee on Cirmtuzumab/Ibrutinib Dosing in MCL and CLL

Dr. Wang on Correlative Data From the ZUMA-2 Trial in MCL

Dr. Jain on Next Steps for Venetoclax in Relapsed MCL
Special Issues > The Rationale for Bruton Tyrosine Kinase Inhibition in B-Cell Lymphomas > 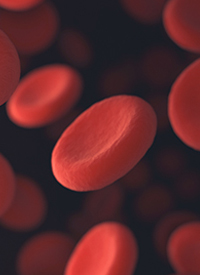 B-cell malignancies are a heterogeneous subset of non-Hodgkin lymphomas in which treatment has remained essentially unchanged for the past 3 decades.1 However, greater understanding of the key pathways that drive proliferation, survival, and resistance patterns to commonly used therapeutics has led to the identification of novel therapeutic targets, thereby offering to significantly change the prognosis for patients affected by B-cell malignancies.1

Despite associations with considerable genetic heterogeneity, CLL is noted to have a complex pathogenesis that is heavily influenced by genetic factors.6 The genetic heterogeneity of CLL suggests a potential need for multiple drugs or multitargeted agents to effectively address the variety of manifestations. However, as BCR signaling has been implicated to play a central role in CLL pathogenesis and cell proliferation, inhibition of this pathway yields compartment shift of malignant B cells from the tissues into the blood, resulting in transient lymphocytosis and eventual lymph node shrinkage.7 A consequence of interfering in BCR signaling in malignant B cells in this manner permits normalization of peripheral lymphocyte counts, leading to disease remission in an appreciable number of treated patients.2,7
... to read the full story
To Read the Full Story
REGISTER
LOG IN