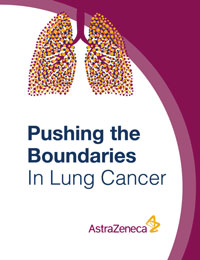 Despite major discoveries in research, lung cancer remains the leading cause of cancer death in the United States among men and women, accounting for about one-quarter of all cancer deaths – more than breast, prostate and colorectal cancers combined.1 Only 16% of patients are diagnosed in the early stages, when the tumor is still localized to the lung.1 For patients diagnosed at a later stage, when their cancer has spread to other organs, the prognosis is especially poor.2,3 For this reason, more advanced treatments are acutely needed for patients diagnosed with advanced stage lung cancer.

AstraZeneca, which has designated Oncology as one of its 5 growth platforms, has a robust lung cancer research program to help address the significant unmet needs for treatments at every stage of the disease. The company recently received its sixth Breakthrough Therapy Designation from the US Food and Drug Administration for an oncology medicine since 2014, including 2 in the past 8 months based on clinical trial data exploring non–small cell lung cancer (NSCLC) therapies.

Andrew Coop, vice president, US Medical Affairs, Oncology, at AstraZeneca, recently spoke with OncLive about the company’s ambition to address the significant unmet need for treatments at every stage of the lung cancer continuum and the rapid progress in NSCLC, which represents 80% to 85% of all types of lung cancer.

OncLive: What is your company’s approach to lung cancer?

Coop: At AstraZeneca, we are committed to developing therapies to help patients with lung cancer across all stages of disease. We have a portfolio of approved medicines and investigational compounds to both target genetic changes in tumor cells and stimulate the body’s immune system to attack tumors.

Lung cancer is not one disease. Discoveries of biomarkers like PD-L1 and mutations like EGFR, BRAF and ALK, have transformed the lung cancer treatment paradigm to help physicians better treat patients through immunotherapies and targeted therapies. Our approach is focused on using ground-breaking science to further understand lung cancer by identifying biomarkers that provide actionable targets for the development of precision medicines. We believe personalized treatment approaches ensure the potential for best patient outcomes. 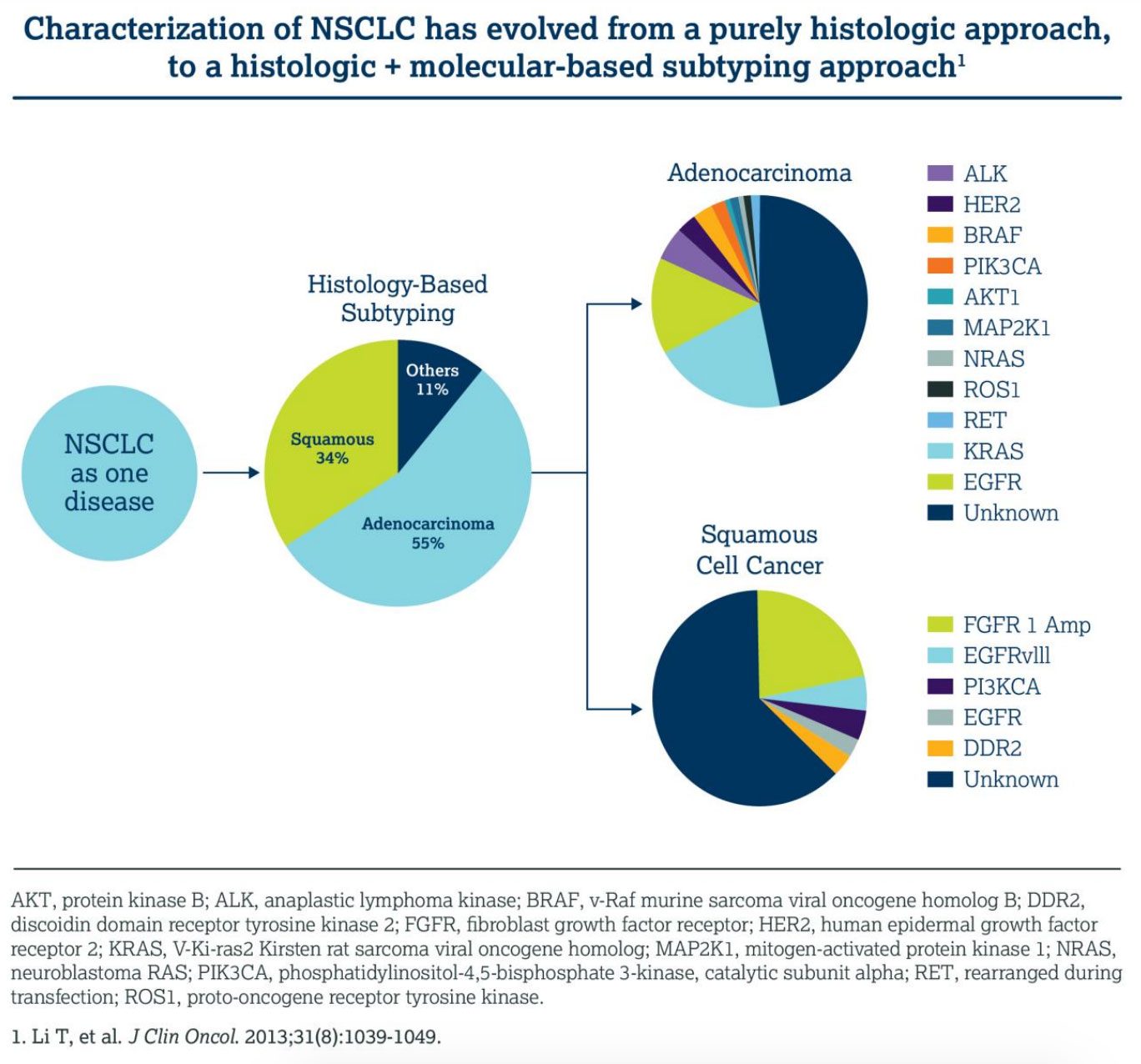 For nearly 30 years,4 our work has been driven by identifying mechanisms through which tumor cells grow and proliferate, so we can develop drugs that target these mutations and pathways. Since then, our research and development teams have accelerated the understanding of key molecular mutations in lung cancer, and the use of specific mutations as biomarkers has enabled us to develop precision therapies being investigated for specific subgroups of lung cancer patients with significant unmet needs.

You mentioned a transformation of the lung cancer treatment paradigm. How are you seeing this play out in practice?

Targeted and Immuno-Oncology (IO) therapies are now helping specific subgroups of lung cancer patients in treatment settings where options have traditionally been limited. Integral to ensuring that the right patients receive the right treatment at the right time is the development of companion diagnostics. Quality of testing is paramount to optimal decision making.

At various points in treatment, some patients today have options that they would not have had decades ago, which is why testing for genetic mutations and predictive biomarkers, for example, is more important than ever to facilitate treatment option discussions regardless of the line of therapy. Most patients diagnosed with metastatic NSCLC should undergo biomarker testing both at diagnosis and at progression.

Has the change in the lung cancer treatment paradigm affected your development process?

Absolutely. Alongside research in new medicines, AstraZeneca is collaborating to deliver a range of diagnostic technologies to assess disease at all stages and ensure development of optimally targeted therapies. We partnered to launch the first tissue-based diagnostic and the first plasma-based (ctDNA) diagnostic to identify EGFR mutations in NSCLC, both of which are used extensively in clinical practice, and we are developing assays to identify patients who may be eligible for treatment with our IO medicines. We are also focused on ensuring better understanding of and confidence in assays already in market through our practice-changing concordance research.

Our research is also guided by our commitment to transforming outcomes for patients with lung cancer whose treatment options are limited. We believe that being a leader in lung cancer means following the science, exploring treatments beyond metastatic disease, as well as improving current standards of care.
And that is a major focus of your Immuno-Oncology pipeline, right? How is that changing the status quo?
As we're continuing to advance science for NSCLC patients with identifiable driver mutations, we are simultaneously pushing towards a new era with our IO pipeline.

For many years, patients with certain stages of NSCLC without actionable mutations—particularly those whose tumors were inoperable—were often treated with chemotherapy and/or radiation therapy – but today, treatment is changing to include IO. This is the result of large, Phase 3 studies that have indicated that certain IO medicines can delay disease progression for specific types of NSCLC.5,6 That said, different IO treatments have different results, even in the same types of disease – so it’s important to select treatments based on where data shows them to be effective.

One setting where additional options are needed is the locally advanced stage of disease: approximately one in four patients with NSCLC present with Stage III disease, and a majority of these patients are determined to have unresectable tumors. Chemoradiation therapy (CRT) is often the standard of care followed by active surveillance – a “watch and wait” period that can be stressful for patients. To date, the recommendation in this setting has been a period of active surveillance, as there has been limited advancement in this setting over the last 10 years, despite the reality that up to 89% of patients will progress to metastatic disease following CRT.

So, is AstraZeneca primarily pursuing only an IO strategy?
At AstraZeneca, IO is something we are passionate about, but we are harnessing the power of four scientific platforms – Immuno-Oncology, Tumor Drivers and Resistance, DNA Damage Response and Antibody Drug Conjugates – as well as championing the development of personalized combinations. And we won’t settle and say, “good enough,” even when a therapy has been developed.

For example, we know that targeted therapies work well for patients, but we also know that a new generation of TKIs is needed in the metastatic EGFR setting and we’re leading the way in this area. Treating advanced lung cancer that has metastasized can be challenging. Targeted therapies, like EGFR inhibitors, eventually stop working for most people, usually because the cancer cells develop other resistance mechanisms like another mutation in the EGFR gene. We are working on improving the outcomes of initial therapies, as well as research in resistance mechanisms. Other areas of research with a very high unmet medical need are central nervous system metastases in NSCLC patients.

Where do you go from here?
In the future, as new treatment approaches and classes of therapy emerge, the goal remains clear: to one day eliminate lung cancer as a cause of death. Our unrelenting pursuit of science aims to deliver more breakthrough therapies with the goal of extending and improving the lives of patients across all stages of disease and lines of therapy.