TIL Therapy May Provide Second-Line Option for Cervical Cancer 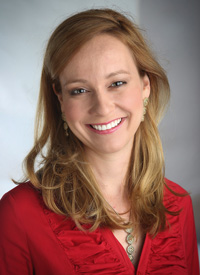 There is a high unmet medical need for effective treatments in recurrent, metastatic, or persistent cervical carcinoma settings, particularly since the majority of these patients are young and the survival rates are low. In the advanced stage, cervical cancer is a chemotherapyrefractory disease for which durable palliation or cure is rarely achieved.1

Investigators are optimistic that LN-145, an autologous tumor-infiltrating lymphocyte (TIL) investigational therapy, could be a potential treatment option for patients with recurrent, metastatic, or persistent cervical cancer. The traditional firstline treatments for cervical cancer are surgery or platinum-based chemotherapy with or without radiation, but when patients progress, second-line options are limited.

“There are not a lot of active drugs to treat patients with recurrent or persistent cervical cancer who progressed on platinum- based therapy,” said Emese Zsiros, MD, PhD, assistant professor of oncology and principal investigator on this trial at Roswell Park Comprehensive Cancer Center in Buffalo, New York. TIL therapy may be another treatment option, if approved by the FDA. “Everything else we are doing for the patient is for palliation, typically just to try to extend these patients’ lives.” TIL therapy has been used as a salvage therapy for patients with metastatic melanoma. However, its use in cervical carcinoma had not been previously reported.2

In a National Institutes of Health (NIH)- sponsored study, TIL therapy led to durable responses, including complete regression of metastatic cervical cancer. Three of 9 women in the study had responses, including 2 complete responses (CRs) and 1 partial response.3 The objective response rate was 33%, and the 2 patients with CRs had ongoing responses at 46 and 54 months, respectively.4 The most common severe toxicities observed in the study were hematologic, with all 9 patients experiencing at least 1 grade 3/4 adverse event. In the NIH trial, no toxicities were related to the cell infusion.3

Figure. LN-145 in Patients With Metastatic or Recurrent Cervical Carcinoma

A phase II, multicenter study is now evaluating the safety and efficacy of TILs (LN-145) in patients with recurrent or metastatic squamous cell carcinoma of the cervix or cervical adenocarcinoma (NCT03108495).5 Eligible patients must have at least 1 lesion that is resectable for generating the TILs and at least 1 other tumor lesion for measuring response to treatment. They must also have received between 1 and 3 prior systemic chemotherapies.

LN-145 is an adoptive cell transfer immunotherapy in which T cells are harvested and expanded from the patient’s resected tumor.5 Prior to receiving LN-145, participants will have their tumors resected and sent to an Iovance GMP manufacturing facility where the TILs will be extracted and expanded to billions prior to being infused back to the participant.

When the lymphocytes are ready, patients will undergo chemotherapeutic lymphodepletion until their own lymphocyte counts become 0, which allows room for the tumor-specific expanded lymphocytes (LN-145). The LN-145 infusion will be followed by administration of high-dose interleukin- 2 (IL-2) every 6 to 8 hours for up to 6 doses, depending on how well the patient tolerates the treatment. “The high-dose IL-2 is given to support the newly transferred T cells in circulation,” Zsiros said. IL-2 administration after a patient has received TIL therapy supports the persistence and expansion within the body.6

TILs are made up of T lymphocytes that can recognize and kill the patient’s cancer cells. The lymphocytes are taken from the tumor because they are more likely to be reactive to autologous tumor cells. However, the immune-suppressive tumor microenvironment restricts their numbers and activity, diminishing their ability to effectively attack the cancer cells.4 Infusing LN-145, a more potent supply of TILs, into the patient’s system invigorates the defense against tumor cells.