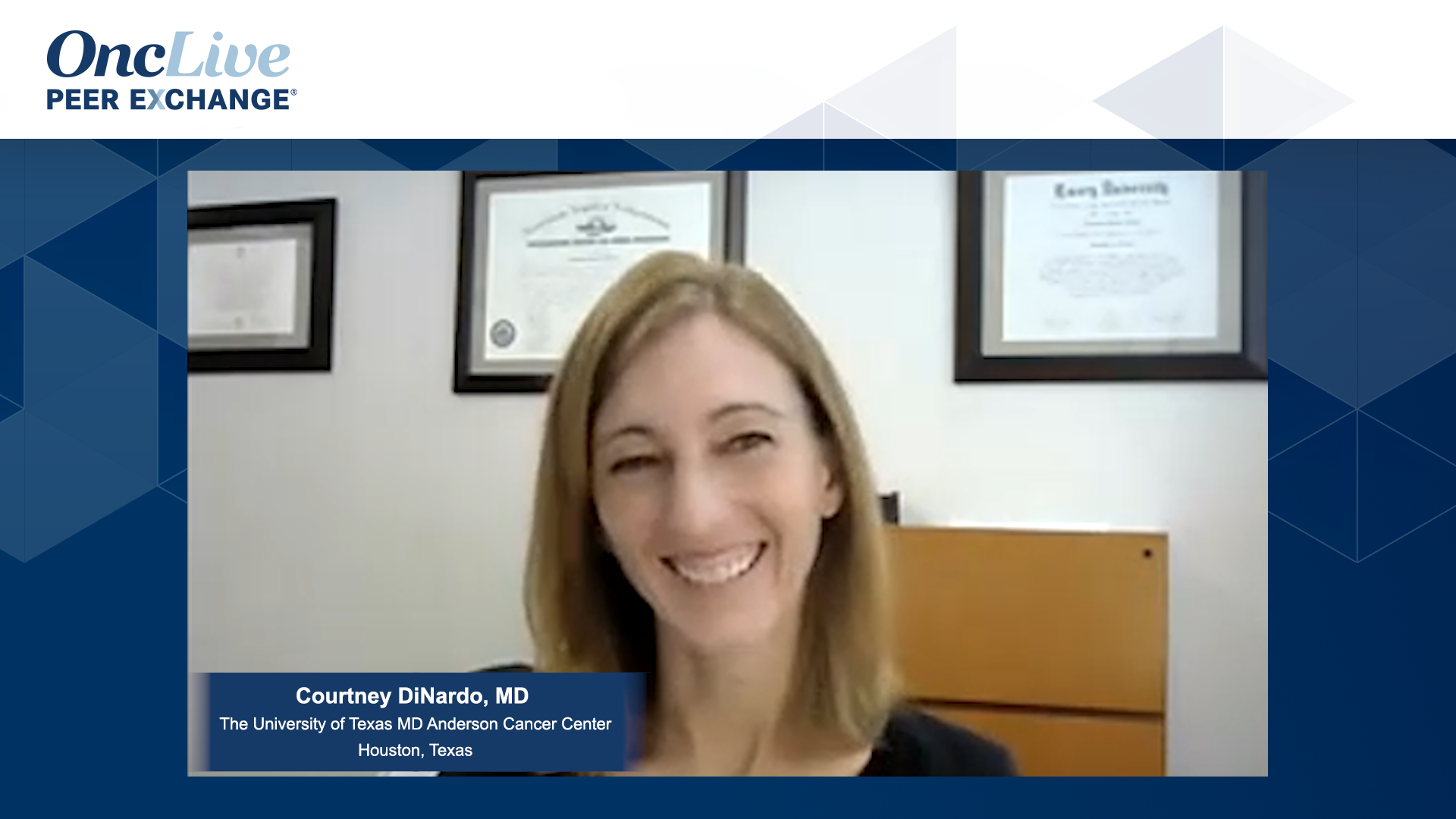 A panel of specialists in hematology oncology review the 5-year follow-up data on the use of CPX-351 for adults and pediatric patients with acute myeloid leukemia.

Harry Erba, MD, PhD: We’ve been talking a little about CPX-351 [cytarabine, daunorubicin] and Jeffrey Lancet presented data at ASH [American Society of Hematology Annual Meeting], which I believe have been updated in a publication, looking at the 5-year follow-up of the CPX-351 [cytarabine, daunorubicin] vs 7+3 trial for patients with therapy-related and secondary AML [acute myeloid leukemia], or what we now call AML with myelodysplasia-related changes. The median survival stayed about the same, at just under 6 months with 7+3 and about 9½ months with CPX-351 [cytarabine, daunorubicin], with a hazard ratio of 0.7. Still, it was statistically significant at 3 and 5 years; there seems to be a plateau in the Kaplan-Meier curve. Unfortunately, they’re both plateauing at a very low number, but twice as many patients are still alive at 3 and 5 years with CPX-351 [cytarabine, daunorubicin], at around 20%, vs just under 10% with 7+3. The benefit was seen in those who were 70 to 75 years old. The real benefit, when I look at these data, seems to be for patients who go on to stem cell transplant in that remission. You’ve presented data from this V-FAST study that we’re both investigators on. Vinod, tell us about that 1.

Harry Erba, MD, PhD: In the relapsed/refractory setting, [The University of Texas] MD Anderson [Cancer Center] has looked at the combination. Courtney?

Courtney DiNardo, MD: Looping back to the initial comments, the 3- and 5-year follow-up data of CPX-351 [cytarabine, daunorubicin] were quite impressive. Everyone looked at those data and thought, “Wow. We’re seeing—especially in the patients who went to transplant, as you mentioned—a doubling of overall survival.” It was about 50% in the 5-year overall survival post-transplant. One of the main questions—going back to the conversation that has been permeating this whole discussion—is MRD [minimal residual disease], right? We assume that patients are going into a deeper remission prior to going to transplant and we’re seeing that, although that’s not something that was collected on that study, so we’re never going to know that for sure. Patients have prolonged cytopenias and often need more transfusions than you would see with 7+3, but these patients are doing quite well. If that patient is getting an intensive chemotherapy, CPX-351 [cytarabine, daunorubicin] is impressive in the long-term follow-up.

Mark Levis, MD, PhD: One other interesting point about those transplant data. We assume it’s MRD. That is the logical conclusion, and that’s what we would all put our money on. But if you look at the patient who has had induction with CPX-351 [cytarabine, daunorubicin], they don’t look like a patient with cancer. The drug gets to the marrow more than the rest of the tissue, and the damage done to that tissue, when you take a patient to allotransplant, does matter. For those patients, the GVHD [graft-vs-host disease] hits them harder, so you really wonder, is there a component of the benefit that as well?

Harry Erba, MD, PhD: Those are all great points. It’s not just adults playing with this drug. In March, the FDA approved the CPX-351 [cytarabine, daunorubicin] for pediatric patients as well, so they’ll be struggling with all these same questions. Yes, the mechanism of the benefit prior to transplant is MRD vs less toxicity. I’m not sure from the design of the study, but based on those landmark analyses, even patients over age 7—did much better if they received CPX-351 [cytarabine, daunorubicin] and went to transplant vs 7+3.