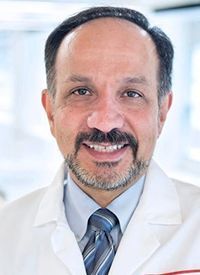 Among 17 patients treated at the recommended phase 2 dose of 120 mg of abequolixron twice daily on a 5-days-on/2-days-off schedule plus docetaxel, 13 were evaluable for response, including 5 patients with second- or third-line NSCLC and 8 patients with second-line SCLC. Patients experienced an overall response rate (ORR) of 38%, with 5 patients achieving a partial response (PR). The disease control rate (DCR) was 77%.

In the NSCLC cohort, 4 patients had a PR, including 2 with a confirmed PR. Four of 5 patients in the cohort were on study treatment for more than 19 weeks, and 1 patient was in ongoing treatment at 37 weeks.

In the SCLC cohort, 1 patient had a PR, and 5 patients experienced a best overall response of stable disease. Four patients remained progression free for more than 24 weeks. One patient who had stable disease experienced central nervous system progression at 12 weeks; however, this patient stayed on therapy for 30 weeks without experiencing systemic progressive disease.

“The data thus far demonstrate that abequolixron is well tolerated in combination with full-dose docetaxel, while showing encouraging clinical activity suggesting that this drug candidate could be a valuable addition to a current standard of care chemotherapy in heavily-pretreated patients with lung cancer,” Hossein Borghaei, DO, MS, chief of the Division of Thoracic Medical Oncology at Fox Chase Cancer Center and principal investigator on the study, stated in a press release. “I am very encouraged by the ORR, DCR, and time to progression so far seen in the study, and I look forward to further evaluation of this unique compound as the clinical trial progresses.”

The phase 1b/2 trial is evaluating abequolixron in combination with docetaxel in second- or third-line NSCLC and second-line SCLC. Patients received 120 mg of oral abequolixron twice daily on a 5-days-on/2-days-off schedule plus full-dose docetaxel.

The primary objectives of the study include safety and the antitumor activity of the combination of abequolixron and docetaxel.

“These data, while early, clearly show the potential that abequolixron may have in driving deep responses in patients with heavily-pretreated lung cancer," Masoud Tavazoie, MD, PhD, chief executive officer of Inspirna, said. “We are excited to begin the new year by announcing these promising data for abequolixron and look forward to sharing more updates as we continue advancing our novel pipeline in difficult-to-treat cancers.”