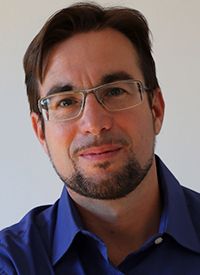 Icro Meattini, MD, of the University of Florence in Italy

At 10 years, 3.9% of patients who received APBI had experienced ipsilateral breast cancer recurrence compared with 2.6% in those who received WBI (HR, 1.57; 95% CI, 0.56-4.41; P = .39), which was not determined to be statistically significant. Very low rates of events were observed, according to Meattini, with 9 events observed in the APBI arm versus 6 events in the WBI arm.

“Recent developments in radiation oncology for breast cancer show a faster move toward de-escalation strategies, including APBI,” said lead study author, Icro Meattini, MD, of the University of Florence in Italy. “What we’ve learned from major phase III trials…is that [with partial breast radiation,] disease control is closely related to the adequate selection of patients. The safety profile and cosmetic outcome is more strongly associated with the technique.”

“Postoperative radiation still represents a mainstay of adjuvant treatment for breast cancer, and is able to significantly reduce the local relapse occurrence rate,” said Meattini in a press release.2 However, it has been largely unknown whether APBI to the tumor-bearing quadrant, which shortens treatment duration, is equally effective to that of standard WBI.

To this end, the phase III APBI IMRT Florence equivalence trial was launched. A total of 520 patients over the age of 40 with either stage 1 or stage 2 breast cancer were enrolled. These patients received breast-conserving surgery, had a pT of <25 mm, and final surgical margins ≥5 mm.

“These results reinforce the initial promising results from the previous study,” Meattini said in the press release. “APBI can produce excellent disease control.”

Acute adverse events (AEs) were assessed based on the RTOG and EORTC acute toxicity scale. Results showed that 78.9% of patients in the APBI arm did not experience any skin toxicity compared with 33.5% of those on WBI.

These data add to the growing body of research exploring APBI in comparison with WBI, which have been mixed. At the 2018 SABCS, data from the phase III NSABP B-39/RTOG 0413 trial showed that APBI following lumpectomy was not found to be equivalent to WBI to control recurrence, although the differences relative to both strategies were very small.4

“This is just another piece of the puzzle; [based on these data,] APBI might be considered a standard alternative to WBI in patients with low-risk early breast cancer,” said Meattini in a press conference during the meeting. He added that patients who are at a higher risk of recurrence may benefit more from WBI.

“In well-selected cases, there is no difference in patients’ outcomes whether they are treated with APBI or WBI,” he concluded. “A once-daily regimen of external APBI might also produce an improved quality of life, with less toxicity, and can potentially reduce the overall treatment time.”