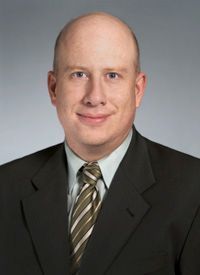 Preliminary data with datopotomab deruxtecan, confirmatory data with brigatinib (Alunbrig), and real-world data with durvalumab (Imfinzi) were just some of the highlights of the 2021 ESMO Congress in lung cancer, explained Alexander I. Spira, MD, PhD, FACP, who added that one of the most notable datasets came from the DESTINY-Lung01 trial (NCT03505710).

“What was most exciting to me was the data with fam-trastuzumab deruxtecan-nxki [Enhertu] in lung cancer, which were published along with a concurrent journal article in the New England Journal of Medicine,” said Spira. “Trastuzumab deruxtecan is a very efficacious drug, and it reminds us that we need to do next-generation sequencing on everybody to gather all these mutations.”

OncLive®: What study from the 2021 ESMO Congress was the most exciting to see the results of?

Spira: We’ve seen a lot about trastuzumab deruxtecan as an agent over time. HER2 is a rare mutation, and we’re not talking about HER2 amplifications, which is what we typically think of [HER2 in lung cancer]. We’ve known about this [target] for a while, but a lot more data for this [agent] was presented with the concurrent New England Journal of Medicine article showing some good response rates.

We, as an oncology community, for those of us not knee deep in lung cancer need to remind ourselves that it’s not a HER2 amplification by FISH [fluorescence in situ hybridization] or IHC [immunohistochemistry] that we’re looking for.

[In the DESTINY-Lung01 trial,] there was about a 35% rate of pneumonitis, which is very concerning. [That rate is] higher than in the breast cancer population, which was only 10% [in the DESTINY-Breast03 trial (NCT03529110)], so that does leave us with a little bit of pause. Nevertheless, it’s an active drug, and as long as physicians are mindful of [that toxicity], it’s going to be a game changer.

The TROP2-directed antibody-drug conjugate (ADC) datopotomab deruxtecan is being evaluated in the ongoing TROPION-PanTumor01 trial (NCT03401385) and other related studies. What are your thoughts on TROP2 as a target?

Updated data from the TROPION study showed ongoing responses with datopotomab deruxtecan, [indicating] that [the agent] appears to work in TROP2-agnostic fashion, meaning we’re not going to really have a good biomarker of response for this agent. We were hoping tohave an IHC biomarker looking at TROP2 expression, but that’s unlikely to be the case.

An ongoing study is randomizing patients without driver mutations in the second-line setting to datopotamab deruxtecan vs docetaxel. The response rates are in the high 20s to low 30s [percentage points] depending on where you look in the study, so hopefully that agent will be approved and offer us another option instead of second-line docetaxel.

In the HER2 realm, could poziotinib carve out a role for patients with EGFR or HER2 exon 20 mutations based on the data from the ZENITH20 trial (NCT03318939)?

There is clear activity [with the agent], [which we saw in the] updated data from the ZENITH20 study. [Poziotinib is] going to face a challenge going forward because the toxicity of the drug is real, and there are just too many competitive drugs out there right now. We already have HER2-directed drugs. In the United States, there are 2 drugs approved for EGFR exon 20 mutations: mobocertinib [Exkivity] and amivantamab-vmjw [Rybrevant]. It does appear that poziotinib is going to be a little bit better tolerated with the oral [twice daily] dosing, but I’m wondering whether it’s just too little too late.

How would you kind of characterize the activity of mobocertinib in EGFR exon 20 mutated non–small cell lung cancer (NSCLC)?

The one criticism of the [pivotal] study is that there was a little bit of a discrepancy between the investigator-assessed response rate and the blinded independent review [response rate]. Notwithstanding that, it’s an active TKI. We also saw updated data in terms of managing the diarrhea, which is a clear toxicity [of the agent].

There was an abstract at the 2021 International Association for the Study of Lung Cancer a week before [ESMO] showing that you can give [mobocertinib] after other TKIs. There are no approved TKIs [in the first-line setting], but people have tried [this approach], and it appears to work in both patient populations. Now that [mobocertinib is] approved, it will get used in the second-line setting. The question is: How do you sequence this agent? Physicians will have their own thought process about whether to use amavantamab or mobocertinib first. That’s a tough conversation to have. If one agent doesn’t work, do you switch to the other one? We don’t have any data there right now on switching from the monoclonal agent to the oral agent. However, we have these 2 options, and both are great for our patients.

Do you believe the updated data from the BEVERLY trial (NCT02633189)with the combination of bevacizumab (Avastin) and erlotinib (Tarceva) could affect practice patterns at all for patients with advanced EGFR-mutant NSCLC?

We saw updated data from the BEVERLY study, looking at bevacizumab and erlotinib, and it appears to be positive data. We struggle because, in a targeted patient population, the biology of using a VEGF inhibitor doesn’t quite make sense. You come up with a lot of scientific reasons, but it’s hard to put that together, scientifically, with an EGFR inhibitor. The real issue with that study is that osimertinib is currently dominating the world [of EGFR] as it should; it’s a better drug, given the first-line [metastatic] setting and now given adjuvantly based on the ADAURA study [NCT02511106] for patients with EGFR mutations.

These are interesting data, some have been talking about it for a while, but osimertinib pretty much owns the field there. In terms of how we use that combination clinically, there’s a lot lacking for the long term.

Sticking with targeted therapy, where do the data from the final analysis of the ALTA-1L trial (NCT02737501)leave brigatinib in terms of its utility in the frontline setting for patients with advanced ALK-positive NSCLC?

ALTA-1 has had multiple follow-ups, and we saw the final analysis [at ESMO]. Maybe in a few years, we’ll have a final, final analysis. I’ve been privileged to be coauthor on a lot of these studies, so I know these [data] very well. We know that brigatinib is better than crizotinib [Xalkori]. There’s no surprise there. We know that alectinib [Alecensa] is better than crizotinib. Alectinib was approved first based on the ALEX study [NCT02075840], but they’re both good first-line options. The agents do have slightly different toxicity profiles though.

There were no surprises here. It was nice to see the final data [from ALTA-1], and most physicians will have their drug of choice in the ALK-positive space.

What are your thoughts of the post-hoc analysis of findings from the MRTX-500 trial (NCT02954991), which evaluated the combination of sitravatinib and nivolumab (Opdivo) following progression on a checkpoint inhibitor and/or chemotherapy in advanced NSCLC?

I was privileged to be one of the coauthors on this study, which evaluated sitravatinib in combination with nivolumab after progression on a checkpoint inhibitor. There’s clear evidence of efficacy, at least preliminarily. Some ongoing randomized studies are comparing sitravatinib and nivolumab with docetaxel, but in this early-phase study, there does appear to be activity [with the combination].

One of the things that we struggle with is how it works. [Sitravatinib is] supposed to affect the tumor microenvironment. Although there’s a lot of science and biology behind the tumor microenvironment, it’s a little bit of this black box. You’re saying [the agent] affects the tumor microenvironment and can work with a checkpoint inhibitor, which is great, but it’s a hard thing to really understand. Nevertheless, there appears to be evidence of activity. Ongoing studies are being continued. It will be nice to see some updated data, especially in the randomized setting as well, because we all know we need to do better than docetaxel in the advanced setting.

What do you anticipate will be the effects of the IMpower010 trial (NCT02486718) on practice and research?

The IMpower010 study was a randomized study looking at atezolizumab in patients post resection and after chemotherapy if they [received] it. It was a positive study, which is great. [The benefit] does appear to be confined mainly to PD-L1–positive subsets. This [agent] can be a game changer for our patients in terms of how we treat patients post-surgery who get adjuvant chemotherapy, which is super exciting.

However, I think there’s going to be a lot of confusion, unfortunately, in the future. A lot of neoadjuvant are studies coming down the pike as well, looking at neoadjuvant immunotherapy as well. We don’t have any good, randomized data so far, but [the neoadjuvant data] does appear to be positive and that’s going to beg the question: Do you give patients the treatments before or after surgery? How do you approach that?

We’re going to have a little bit of a plethora of riches, but it does look like we’re at least probably going to start the dialogue with adjuvant immunotherapy in patients who are at least PD-L1 positive. The cut offs need to be determined and we need to look more at the subsets, and then determine: What do you do in the neoadjuvant scenario? Stay tuned for more data.

Real-world data from the PACIFIC-R trial (NCT03798535)were also presented.Do you anticipate that that the positive results will lead to a greater uptake of durvalumab in the stage III setting?

The real-world data on the PACIFIC-R study is looking at how patients do on the PACIFIC regimen [NCT0212546]. It’s interesting because we all think we use durvalumab all the time in the right situation, and it turns out, we probably aren’t using it as much for many reasons. Do I think [the results are] going to increase the uptake of durvalumab in this situation? Probably not. Most patients are still getting it, but there are some patients that don’t get it either because of toxicity or logistical reasons that are tough to overcome. I would like to say its use might go up a little bit based upon these results, but I think they mainly reinforce the role of durvalumab in stage III unresectable lung cancer.

Based on findings from the B-FAST trial (NCT03178552), should tumor mutational burden (TMB) be put to rest as a biomarker of response to immunotherapy?

The role of this study is a little bit unclear. We’ve struggled with TMB as an end point––maybe [testing for TMB] in the blood is not the appropriate thing. The reason this was done in the blood is that it takes up to 3 to 4 weeks to get [TMB results] back in tissue. I don’t think it’s the blood biomarker [that’s the problem]; I think it has to do with cut offs. It also probably has to do with the shifting landscape that everybody is getting a checkpoint inhibitor as frontline therapy as well.

We keep hoping to have a better biomarker than TMB. This was a negative study, and it’s not the way to go right now. Hopefully, we’ll have something better at some point to look at who should and should not be getting a checkpoint inhibitor. We know PD-L1 is good, but not great. TMB had its peak but flamed out in terms of how it’s going to be [used], and here it flamed out in the blood.

What did you find compelling about the updated data from the CASPIAN trial (NCT03043872)in small cell lung cancer (SCLC)?

The CASPIAN study had some updated data that didn’t really change how I think about everything. The study evaluated durvalumab as frontline therapy for SCLC, and the regimen is already approved. This is just a continued update showing that a checkpointinhibitor does work. We have atezolizumab and durvalumab that are approved [in the first-line extensive-stage setting in combination with chemotherapy]. The updated data show that [durvalumab] is a good option for our patients.