Treatment with adjuvant pembrolizumab resulted in favorable quality-of-life outcomes vs high-dose interferon α 2b or ipilimumab in patients with resected melanoma at high risk for relapse. 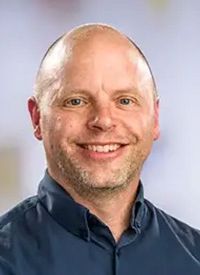 Treatment with adjuvant pembrolizumab (Keytruda) resulted in favorable quality-of-life (QOL) outcomes vs high-dose interferon α 2b (HDI) or ipilimumab (Yervoy) in patients with resected melanoma at high risk for relapse, according to the results of the secondary analysis of the phase 3 SWOG S1404 trial (NCT02506153).1

The findings, which were published in JAMA Oncology, showed that patient-reported outcomes collected at cycle 3 of treatment using the Functional Assessment of Cancer Therapy Biological Response Modifiers Trial Outcome Index (FACT-BRM TOI) score were 9.6 points higher with pembrolizumab than comparators (95% CI, 7.9-11.3; P < .001). Investigators hypothesized that a difference of 5.0 points would signal clinically meaningful difference in QOL with pembrolizumab.

“We found that QOL end points for patients randomized to receive treatment with pembrolizumab were superior than those of patients randomized to treatment with ipilimumab/HDI,” wrote Joseph Unger, PhD, MS, associate professor, biostatistician, and health services researcher with the Cancer Prevention Program and Public Health Sciences Division of Fred Hutch Cancer Center, and coinvestigators, in the study.

Immune checkpoint blockade has repeatedly demonstrated its benefit in the adjuvant setting for high-risk melanoma; in 2015, ipilimumab outperformed placebo in prolonging recurrence-free survival (RFS), although patients in the experimental arm experienced worse QOL and patient-reported symptoms were higher for diarrhea, and insomnia.

In the KEYNOTE-054 trial (NCT02362594), pembrolizumab also extended RFS compared with placebo; but again was associated with detriments to QOL. However, in both trials, the worse QOL outcomes were deemed clinically insignificant and therefore supported widespread adoption of immune checkpoint inhibitor adjuvant therapy in melanoma.1

The CheckMate 238 trial (NCT02388906) found that the PD-1 inhibitor nivolumab (Opdivo), elicited superior RFS than the CTLA-4 inhibitor, ipilimumab; however, the differences in QOL outcomes between the 2 immune checkpoint inhibitors were not considered meaningful.

“An important issue in the adjuvant treatment of patients with high-risk melanoma is how patients weigh the benefits of RFS, overall survival, and QOL,” study authors noted. “Adjuvant high-dose interferon improves RFS for this patient population but is known to be associated with major grade 3 to 4 toxic effects and impaired QOL. Ipilimumab, a cytotoxic T-lymphocyte antigen 4–blocking antibody, has been shown to provide longer RFS in resectable high-risk melanoma, but to result in potentially dose-limiting toxic effects.”

The S1404 trial was a randomized, phase 3 clinical trial, which was conducted across 211 community and academic sites in the US, Canada, and Ireland. The trial enrolled patients with high-risk melanoma to assess the clinical efficacy of pembrolizumab in this setting.

Patients were enrolled between December 2015 to October 2017 and randomly assigned 1:1 to adjuvant treatment with either pembrolizumab or standard of care (ipilimumab/DHI). The QOL analysis captured responses from 832 evaluable patients.

Patients were assessed for QOL at baseline, and again at cycles 1, 3, 5, 7, and 9. QOL outcomes was assessed via the FACT-BRM TOI ,FACT-General, Functional Assessment of Chronic Illness Therapy–Diarrhea, and the European QOL 5-Dimension 3-Level scales. However, the FACT-BRM TOI scores at the end of cycle 3 were the primary comparison point.1