Patients with stage III colorectal cancer who maintained a healthy body weight, engaged in regular physical activity, and adopted other healthy lifestyle behaviors experienced a 42% lower chance of death and a trend toward reduced cancer recurrence.

Results from the study of 992 patients were presented in a presscast today in advance of the 2017 Annual Meeting of the American Society of Clinical Oncology, set for June 2-7 in Chicago. The findings showed that patients with colorectal cancer who followed lifestyle recommendations made by the American Cancer Society experienced longer disease-free survival and overall survival.

“There are over 1.3 million colorectal cancer survivors in the United States. These patients need survivorship care, including guidance on what they can do to lower their risk of recurrence,” said lead author, Erin Van Blarigan, ScD, assistant professor of epidemiology and biostatistics at the University of California, San Francisco. “In response to patient interest and need, the American Cancer Society (ACS) published ‘Nutrition and Physical Activity Guidelines for Cancer Survivors’ in 2012, but it is not known if following the guidelines after cancer diagnosis is associated with improved outcomes.”

Investigators enrolled the patients from 1999 through 2001, adding them to the study within 8 weeks of surgery and immediately starting them on 6 months of chemotherapy. The primary purpose of the study was to consider the effects of 2 types of postsurgical chemotherapy on cancer recurrence and death. But also during the study, lifestyle was assessed twice using validated surveys—at enrollment and 6 months after each patient finished chemotherapy.

Patients were assigned a score from 0 to 6 that reflected how closely their lifestyles synced with the ACS recommendations. The guidelines suggest maintaining a normal body weight (with a body mass index of 18.5 to 25 considered healthiest), engaging in regular physical activity (one hour or more of brisk walking each day was considered ideal) and eating a diet rich in whole grains, vegetables and fruits, and low in red meat and processed meat. A score of 0 indicated that a patient was engaging in none of those healthy behaviors, while a score of 6 indicated that patients were adhering to all of them. Patients’ level of alcohol use was also assessed, with no drinking to moderate consumption considered healthiest (up to 1 drink a day for women and up to 2 per day for men).

The researchers noted that maintaining a healthy lifestyle can do more than improve colon cancer-specific outcomes; it can also help patients to improve their overall health, which is important because some have other ongoing health problems, such as diabetes or heart disease.

One caution was mentioned about the findings.

“It should be emphasized that the authors are not suggesting that a healthy lifestyle alone should be considered a substitute for standard chemotherapy and other treatments for colon cancer, which have dramatically improved survival. Rather, patients with colon cancer should be optimistic, and they should eat a healthy diet, and exercise regularly, which may not only keep them healthier, but may also further decrease the chances of the cancer coming back,” said Daniel F. Hayes, MD, FACP, FASCO, president of ASCO.

Next steps for the research team will involve testing digital interventions aimed at promoting a healthy lifestyle, such as the use of Fitbits, in patients with colorectal cancer, Van Blarigan said.

“If our interventions are acceptable and useful to patients, we will test their impact on risk of cancer recurrence and mortality in future studies,” she said.

Van Blarigan E, Fuchs CS, Niedzwiecki D, et al. Nutrition and physical activity guidelines after colon cancer diagnosis and disease-free, recurrence-free, and overall survival in CALGB 89803. Presented at a presscast in advance of the 2017 Annual Meeting of the American Society of Clinical Oncology; May 17, 2017. Abstract 10006.

Patients with stage III colorectal cancer who maintained a healthy body weight, engaged in regular physical activity, and adopted other healthy lifestyle behaviors experienced a 42% lower chance of death and a trend toward reduced cancer recurrence than those who followed less healthy lifestyles. 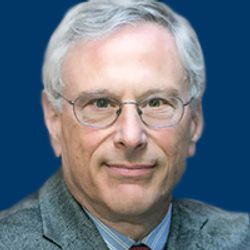