Brian A. Van Tine, MD, PhD, discusses the results of a phase I study looking at the effects of ADP-A2M4 in patients with synovial sarcoma. 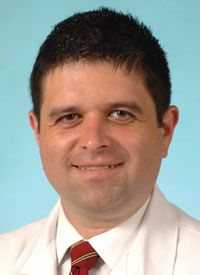 ADP-A2M4 demonstrated clinical activity in patients with synovial sarcoma, according to updated phase I results that were presented at the 2019 Connective Tissue Oncology Society Annual Meeting.

In the expansion phase of the trial, 7 of the 14 patients with synovial sarcoma who were treated with ADP-A2M4 at a 1.0 to 10 x 109 dose and had post-baseline scans showed clinical responses, including confirmed and unconfirmed partial responses (PRs) according to RECIST criteria, illustrating an overall response rate of 50%. Additionally, 13 patients showed clinical benefit with best overall responses of confirmed or unconfirmed PRs (n = 7) or stable disease (n = 6), representing a disease control rate of 93%.

“We're still learning about the durability of this therapy, but the fact that the therapy is usually completed and, when you actually treat the patient, [the treatment] takes about a week,” said lead study author Brian A. Van Tine, MD, PhD. “Afterward, you do nothing but watch. From that standpoint, it gives patients a very high quality of life, especially if there is true durability. This is probably one of the most promising things happen to the field of synovial sarcoma in a long time.”

In December, the FDA granted a Regenerative Medicine Advanced Therapy (RMAT) designation to ADP-A2M4 for the treatment of patients with synovial sarcoma.

In an interview with OncLive, Van Tine, associate professor of medicine, Division of Oncology, Section of Medical Oncology, Washington University School of Medicine, discussed the results of the phase I study looking at the effects of ADP-A2M4 in patients with synovial sarcoma.

OncLive: Could you give an overview of this phase I trial?

Van Tine: Synovial sarcoma is a soft tissue sarcoma subtype that usually arises when 2 chromosomes break apart and come back together where you join the X chromosome to chromosome 18. This results in a fusion between a gene called SYT and a gene family member called SSX. That alters all sorts of chromatin remodeling, and out of that grows a translocation-driven soft tissue sarcoma that is most common between the ages of 15 and 40. However, it can happen at any age, as was seen in this trial. Most of the patients were older than 50 years.

We have the privilege of participating in a phase I trial that been put together by Adaptimmune. In this trial, we looked at many different histologies—whether it was head neck cancer, ovarian cancer, subsets of lung cancer, and specific tumors that express very rare cancer-testis antigens that only appear during development.

What responses were observed?

About half the patients have RECIST 1.1 true responses in a heavily pretreated population. All but 1 patient had RECIST clinical benefit rate because all of the patients except 1 didn't progress, but about half of them had true tumor regression. Most of the regressions happened within the first 6 weeks.

What is the current state of the synovial sarcoma treatment? What impact could these data have on the clinical practice?

Synovial sarcoma is a rare disease that, past frontline therapy with ifosfamide and anthracycline, has a couple of palliative therapies but there is not much that is a game changer. [ADP-A2M4] potentially looks like it could be a game changer for a number of patients, the caveat being that they also have to have the right HLA, HLA-A*02, which is only a subset of patients. Therefore, if you look at MAGE-A4 expression, which is common in synovial sarcoma, we are looking for patients that have the subset that have HLA-A*02. If you have the right immune system and the right target, there is a good chance they will derive benefit, according to data seen in this phase I trial.

What are your thoughts on the FDA granting RMAT status to ADP-A2M4 in patients with synovial sarcoma?

In terms of synovial sarcoma, I'm really excited about this. If the data holds in the SPEARHEAD 1 confirmatory phase II trial (NCT04044768), this will really be a new opportunity for patients with synovial sarcoma as long as they have the right immune system. Four of the 14 patients have made it to 6 months on trial. The rest are still on trial, they just haven't been on trial 6 months.

The next step is a phase II confirmatory trial called SPEARHEAD 1, which is open at 9 centers with many more opening across the United States and Europe. Every patient with synovial sarcoma who has metastatic disease should be screened for a therapy like this.

What do you want physicians to know about this research?

Not all soft tissue sarcomas are created equal. There are very specific trials now becoming available on very specific therapies for some of the subtypes of soft tissue sarcoma. Within some of those subtypes, there are certain subtypes of subtypes that have therapies beyond giving ifosfamide and doxorubicin where the quality of life is very high and seem to, at least at this point, have a lot of efficacy that is durable.

If you get into these specific T cell therapies based on modified T cells, you need to be in an experienced center. Some of these therapies cause a lot of cytokine release syndrome, which needs to be managed by experienced hands and, because of that, getting every patient with synovial sarcoma to a center for screening is probably in every patient's best interest at this point. 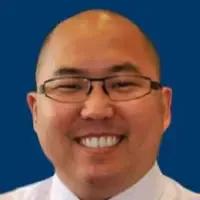