Advancing the mCRC Paradigm With Clinical Trials and Molecular Profiling

Kanwal Raghav, MBBS, MD, discusses the implications of molecular profiling on treatment decisions in metastatic colorectal cancer and the importance of referring patients to clinical trials. 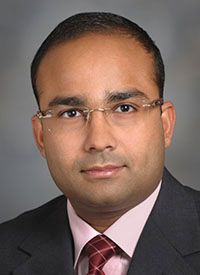 Kanwal Raghav, MBBS, MD, an associate professor in the Department of Gastrointestinal Medical Oncology and Division of Cancer Medicine at The University of Texas MD Anderson Cancer Center

Molecular profiling should be done in all patients with newly diagnosed metastatic colorectal cancer (mCRC) to help optimize treatment strategies in the field, according to Kanwal Raghav, MBBS, MD, and directing these patients toward clinical trials is equally important in driving progress in this space, added Raghav.

“Multiple subsets of mCRC can be divided by [sidedness] or by various genomic alterations such as mismatch repair defects, HER2 amplifications, RAS mutations, and BRAF mutations; these markers are important because they have therapeutic implications on the standard of care and clinical trials,” said Raghav. “We should start searching for these subsets the day patients are diagnosed with mCRC as well as for clinical trials at every decision point in a patient's treatment continuum.”

In an interview during the 2020 OncLive® State of the Science Summit™ on Gastrointestinal Malignancies, Raghav, an associate professor in the Department of Gastrointestinal Medical Oncology and Division of Cancer Medicine at The University of Texas MD Anderson Cancer Center, discussed the implications of molecular profiling on treatment decisions in mCRC and the importance of referring patients to clinical trials.

OncLive: Could you discuss the importance of genomic testing in CRC?

Raghav: mCRC is found in about 50,000 individuals every year; it is a big cause of morbidity and mortality. Although we've made some strides in in how we treat patients, I don't believe that we've made [the kind of] progress that we’ve seen in breast cancer or prostate cancer. The median survival for patients with mCRC is still only about 2 to 3 years. The most important point is that CRC, even in early stages, is very heterogeneous.

All newly diagnosed patients with CRC should be tested for genomic alterations, preferably through a next-generation sequencing platform, to capture mismatch repair defects, RAS mutations, BRAF mutations, and HER2 amplifications. However, other smaller subsets, such as NTRK fusions, can also be helpful and other markers can be targeted in clinical trials.

How do you approach frontline therapy?

Usually, we start treatment with a chemotherapy backbone and then attach a biological agent to it, which is either an anti-VEGF agent or an anti-EGFR agent. The anti-EGFR agent is restricted to the RAS wild-type population. Other markers also indicate lack of efficacy from anti-EGFR therapy. Those markers are [often found in the right side of the colon] and don’t benefit as much [from anti-EGFR therapy]. BRAF-mutant tumors and HER2-amplified tumors don't benefit as much [from anti-EGFR therapy]. We should test for all these markers before we expose someone to an anti-EGFR agent. Then, we can discuss the risk-benefit ratio with the patient. These are not simple drugs; they have their own toxicities and they can adversely affect quality of life. Now, first-line chemotherapy in a patient with a good performance status and aggressive disease would be a cytotoxic triplet. However, doublet agents, such as FOLFOX and FOLFIRI, are very reasonable. Despite all these treatments, survival is limited. Therefore, patients should be funneled toward clinical trials earlier rather than later.

All these mutations tend to activate growth signals in CRC cancer cells. For example, the RAS/RAF/MAPK pathway is the most active pathway in CRC, and it can be activated at various stages. It can be activated by the EGFR receptor, HER2 receptor, or mutations downstream of that pathway such as RAS and BRAF. If [a patient has] a RAS mutation, a BRAF mutation, or a HER2 mutation, they’re not going to benefit by blocking EGFR, which has an alternative pathway. That’s why these tumors tend to behave differently toward anti-EGFR therapies. Recognizing that is important, because otherwise you may give a patient an EGFR-directed therapy they won’t benefit from.

What are some ongoing research efforts being made with immunotherapy and targeted therapies in this space?

For patients with mismatch repair deficiencies, we are trying to move pembrolizumab (Keytruda), atezolizumab (Tecentriq), and nivolumab (Opdivo) into the first-line setting. A bunch of first-line trials are open. One of the major trials that's open right now is comparing chemotherapy with chemotherapy plus immunotherapy in patients with newly diagnosed mCRC; that's one trial I would direct patients toward.

If [a patient has] a BRAF mutation, the current standard of care [is based on] the BEACON CRC study, which showed that the BRAF/MEK/EGFR triplet was almost as effective as the EGFR/BRAF doublet. Therefore, the doublet is a good standard. Some trials are trying to build upon that. At The University of Texas MD Anderson Cancer Center, we’re evaluating an anti-BRAF/EGFR combination plus nivolumab. Other trials are trying to inhibit another player in the ERK pathway to see if we can increase the efficacy of these drugs.

For HER2, there are many studies examining immunotherapy and antibody-drug conjugates. One of the largest studies, the randomized SWOG S1613 trial, is currently running; it’s comparing anti-HER2 therapy with trastuzumab (Herceptin)/pertuzumab (Perjeta) with cetuximab (Erbitux) and irinotecan, which would be considered the standard of care for these patients right now. That trial is running across the United States. Those are some of the pivotal trials I would direct patients toward.

What are some of the biggest data gaps in practice?

Because these rare subsets are few and far between, there is no consolidated effort toward research. There is no way to gather big data on these patients. Unfortunately, because of lack of access to centers that have clinical trials, people treat patients off-protocol, even when there are clinical trials. I believe that is a very big mistake; that thwarts the progress of moving these drugs forward. If a drug doesn’t have an FDA approval, there is always a chance that any insurance company or third-party payer is not going to pay for the drug. Therefore, certain patients will not have access to that drug. Our aim should be to get all of our targeted therapies through regulatory approval so patients have access to them. However, even among our approved drugs, survival is still limited. Therefore, the first question we should always ask is whether there is a possibility of getting the patient on a trial.

Are there any specific ongoing clinical trials that you wanted to highlight?

We have an ongoing study with circulating tumor (ct)DNA, in which we are looking at salvage therapy with regorafenib (Stivarga) or TAS-102 (trifluridine/tipiracil; Lonsurf). We are using ctDNA to try to predict benefit from these agents early on, so patients don't have to be exposed to the drug for a prolonged period of time before we are able to figure out whether it's working or not. This helps preserve the clinical performance of the patient and decrease unnecessary toxicity. Then, we can also restrict the use of these drugs to patients who are most likely to benefit, and that's a very powerful application of ctDNA.

Do you have any recommendations for community physicians in terms of increasing clinical trial participation?

Most patients will only approach a clinical trial when they're left with no other options. All patients who are diagnosed with mCRC should start searching for a clinical trial on day 1 of their diagnosis because we know that therapies, although effective, are limited in what they can do. If patients start looking for clinical trials early on, there's always a greater probability that they will end up on a clinical trial. The last thing we want to do is continue to treat patients until their bone marrow, their liver, or their kidneys are not doing well, in which case they won’t meet any eligibility criteria for clinical trials.