The addition of encequidar (HM30181A) to oral paclitaxel is the first oral taxane regimen to result in an improvement in overall response rates as compared with an intravenous administration of paclitaxel in patients with metastatic breast cancer. 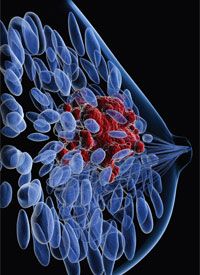 The addition of the potent P-glycoprotein (P-gp) inhibitor encequidar (HM30181A) to oral paclitaxel (OPE) is the first oral taxane regimen to result in an improvement in overall response rates as compared with an intravenous (IV) administration of paclitaxel in patients with metastatic breast cancer.1

“It is frustrating to have an effective chemotherapy, like paclitaxel, that a lot of patients cannot tolerate,” Gerardo Umanzor, MD, medical oncologist with Centro Oncologico Integral in San Pedro Sula, Honduras, said to an audience at the San Antonio Breast Cancer Symposium in Texas. “The therapy used in this phase III study was designed to overcome this issue. There are multiple benefits associated with oral administration including patient convenience, a lack of the need for [access to an infusion center], and a lack of infusion hypersensitivity reactions.”

Oral paclitaxel has low bioavailability because it is a substrate of the intestinal P-gp pump. Encequidar is a minimally absorbed, highly specific inhibitor of the P-gp pump that increases the absorption of oral paclitaxel.

A phase I pharmacokinetics study comparing paclitaxel administered as OPE at 205 mg/m2 for 3 days versus an 80 mg/m2 infusion over 1 hour showed that total exposure to the agent was comparable between the 2 arms. Additionally, the peak concentration of paclitaxel was much lower with OPE as compared with the IV dose (roughly 1/7).2

“We hypothesize the lower peak concentration of OPE may result in lower systemic toxicity,” Umanzor said.

In a phase II study, a group of 26 evaluable patients with metastatic breast cancer who were treated with 205 mg/m2 OPE demonstrated a partial response rate of 42.3%, with 46.2% of patients having stable disease and 11.5% having progressive disease.3

The OPE regimen, consisting of 30 mg capsules of paclitaxel plus a 15 mg tablet of encequidar, was examined in patients with histologically or cytologically confirmed breast cancer with measurable metastatic disease by RECIST version 1.1 criteria. All patients had an ECOG performance status ≤1. Patients with central nervous system metastases or prior taxane therapy within a year were excluded from participating.

At the time of the analysis, data collection for the PFS and OS end points were ongoing. A numerical trend favoring OPE was observed for PFS in the mITT population, with a median of 9.3 months versus 8.3 months with IV paclitaxel (P = .077). Median OS appeared to be significantly improved at 27.9 months versus 16.9 months, respectively (P = .035).

A lower incidence of peripheral neuropathy was observed with OPE at severity of both all-grade (17% vs 57%) and grade 3 (1% vs 8%) events.

“[The reduction in] chemotherapy-induced peripheral neuropathy…between the 2 arms is quite dramatic,” said Umanzor. “OPE is associated with lower incidence of severity of neuropathy as compared with IV paclitaxel.”

In regard to alopecia, Umanzor added that the overall incidence in patients taking OPE was about 50% lower when compared with the IV paclitaxel group.

During a question-and-answer session following the presentation, clinicians in the audience raised concerns surrounding the number of tablets that patients would need to take during each administration and subsequent patient noncompliance. Other limitations include the strict administration schedule.

“Patients have to take the encequidar first [following a] fasting period. Then, [patients] have 1 hour before taking the oral paclitaxel. There is also a fasting period afterwards for safety reasons,” Umanzor said.

Despite these concerns, Umanzor said his experience with the regimen has been positive. “Patients were excited to get an oral treatment and we had good compliance. Patients take the first dose [in the office], then they would take it as home, and they were happy about that,” he concluded.