An Upstanding Role: How Nurses Can Help Prevent Patient Falls

The possibility that hospitalized cancer patients will fall is an ongoing concern among the medical professionals who care for them. 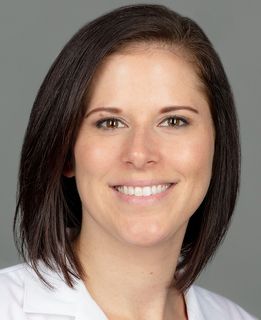 The possibility that hospitalized cancer patients will fall is an ongoing concern among the medical professionals who care for them.

Falls with injury are the leading cause of death in people over age 65, and those who are inpatients with cancer face an increased risk of falls, according to a study by Victoria Averhart, MSN, RN, ACNS-BC, and colleagues presented during the 41st Annual ONS Congress.

Falls were a hot topic at the congress, where more than half a dozen studies looked at either risk factors or strategies to make falls less likely.Joel Stettler BSN, RN, OCN, and Megan Hoffman, MSN, RN, CMSRN, AOCNS, of the Moffitt Cancer Center in Florida, focused on patients with hematologic cancers, pointing at specific medications that can increase fall risk: intravenous Lasix (furosemide), Ativan (lorazepam), and, when given for the first time, sleep aids. Because Lasix causes patients to use the bathroom more often, it increases the chances they will walk around, Stettler pointed out.

In November 2014, a Moffitt Quality Improvement Committee discovered this trend, which might otherwise have been overlooked, since the Morse Fall Scale that is widely used to predict patient fall risk does not reflect potential complications from medications prescribed to alleviate treatment-related side effects, the authors wrote.

But medication is not the only culprit when it comes to risk for falls. In a study of falls after autologous hematopoietic stem cell transplant in patients with cancer, Vivian Dee, APRN, and colleagues, of the San Antonio Audie L. Murphy Memorial Veterans Hospital Bone Marrow Transplant Unit, found that not only high scores on the Morse Fall Scale at admission, but also a longer duration of diarrhea were predictive.

And then there’s the issue of whether patients comply with fall-risk precautions. Allison Spradlin, BS, RN, OCN, and colleagues from Indiana University Health Ball Memorial Hospital enrolled 52 alert inpatients with cancer and assessed their confidence to perform without falling and their intent to engage in existing fall-prevention plans. While all the patients faced a risk of falls, 59% of them did not perceive this to be true and “had a low intention to engage,” Spradlin said.

With a mean age of 68, she said, the long-independent and capable patients apparently had trouble adjusting their mindset to reflect their new physical challenges.To help prevent falls, staff members at Moffitt have been using bed or chair alarms with high-risk medicated patients, and RNs are communicating with oncology technicians about the importance of fall prevention.

After putting these measures in place, fall rates decreased in the following two quarters by 70% in comparison with the previous 12-month average rate, Stettler and Hoffman wrote. In 2014, 23 of these patients fell, while in the following year 13 fell.

Additional interventions include the use of floor mats, helmets and hip pads and a remote camera system that allows nurses to see when a patient is trying to get up.

At Cancer Treatment Centers of America-Eastern Regional Medical Center in Philadelphia, the Department of Pharmacy has focused on medications tied to fall risk.

According to Inna Tsuker, PharmD, BCPS, and Tahitia Timmons, MSN, nearly half of medicated inpatients with cancer face a fall risk, and for nurses, the key to prevention lies in knowing which medications or drug combinations actually pose risks. As part of a hospital-wide effort to decrease falls, their Department of Pharmacy taught staff members about medication classes and how they might lead to falls. Now, that information is a mandatory online course for all nurses.

Meanwhile, clinicians are being asked to consider adjusting regimens, where possible, to lower risk. Discontinuing medication that is not necessarily needed, decreasing doses, changing medications, and avoiding duplication are all important strategies, Tsuker and Timmons suggested.

In more than 1000 cases reviewed by their Department of Pharmacy, 43% were found to be taking medications that could be discontinued—most frequently the sleep aid Ambien (zolpidem), which is routinely ordered upon admission although patients may not need it, the authors reported. They added that many patients were found to be taking 2 or more agents in the same class, frequently benzodiazepines or opioids. Avoiding this duplication, and using shorter-acting benzodiazepines, can decrease fall risk, they wrote. Decreasing medication doses was possible in 25% of the cases studied.

The overall rate of falls dropped by 40% per 1000 patient days during the year the project was conducted. But can healthcare practitioners convince patients that they face a risk of falls when they’re reluctant to believe it?

In Spradlin’s study, simply taking a 30-question survey about fall risk may have helped raise awareness about falls and engagement in prevention plans. In the 72 hours after filling out the questionnaire, she said, none of the patients fell.

Conversely, Averhart and colleagues at University of Michigan Hospitals and Health Centers in Ann Arbor found that reminding patients and their families about fall risk did not affect outcomes. Instead, they found success by educating nurses.

What helped was encouraging nurses to use gait belts to help hold up high-risk patients as they walked, and to understand which chemotherapies make patients weak or cause their extremities to go numb. Nurses were also asked to take high-risk patients to the bathroom every 2 hours so they weren’t tempted to walk there on their own.

Falls dropped by 50% in the 6 months following the initiative as compared with the 6 months prior, accompanied by a decrease in patient injuries.

A project in their 29-bed unit assigned a restorative aide to help patients—who also worked separately with a physical therapist&mdash;engage in basic range-of-motion exercises and walk the halls, and to provide emotional support. In the following 6 months, the average fall rate decreased from 5.1 to 4.3 falls per 1000 patient-days, with a decrease from 24 to 21 falls, the authors reported. In 11 months, none of the patients who fell had worked with the RA in the 24 hours prior to their fall.

“Battling cancer and going through rigorous treatment regimens places patients with cancer on a vulnerable path, trying to find the balance between independence and safety. Encouraging activity with specific focus on mobility and exercise is paramount to the health, safety and mental wellness of oncology patients,” the authors wrote.