The 18-month survival rates observed with axitinib plus pembrolizumab vs ipilimumab plus nivolumab in the frontline treatment of patients with metastatic renal cell carcinoma were not found to be statistically different. 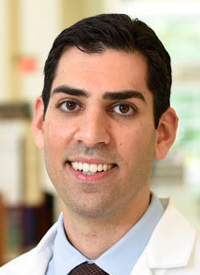 The 18-month survival rates observed with axitinib (Inlyta) plus pembrolizumab (Keytruda) vs ipilimumab (Yervoy) plus nivolumab (Opdivo) in the frontline treatment of patients with metastatic renal cell carcinoma (RCC) were not found to be statistically different, according to findings from a real-world analysis presented during the 2021 Kidney Cancer Research Summit (KCRS).1

“When we look at landmark 18-month survival, you can appreciate that as the IMDC risk goes from favorable to intermediate/poor, survival decreases,” Kevin Zarrabi, lead study author and hematology/oncology fellow at Fox Chase Cancer Center, said in a presentation on the data. “However, there is absolutely no discernible difference between the [patients treated with] axitinib/pembrolizumab vs ipilimumab/nivolumab. Survival seems almost identical.”

Data from the phase 3 CheckMate-214 trial (NCT02231749) showed that in a sample size of 1096 patients, ipilimumab plus nivolumab improved OS and objective response rates (ORR) vs sunitinib (Sutent) in previously untreated patients with intermediate- and poor-risk advanced RCC.2

The combination of axitinib plus pembrolizumab was found to prolong OS and PFS in a sample size of 861 patients with advanced RCC, as well as elicit a higher ORR compared with sunitinib, according to data from the phase 3 KEYNOTE-426 trial (NCT02853331).4

“Although these were remarkable advances in terms of treatment options for [our patients with] clear cell RCC, we don’t have head-to-head prospective data to help guide us in treatment choice,” Zarrabi explained. “When looking at the IMDC criteria and survival we do know that in the intermediate- and poor-risk patient population, there’s no real clear signal advantage in terms of either treatment option.”

Common practice, with respect to practitioner comfort with combination therapies as well as patient preference and goals, is to tailor treatment, according to Zarrabi. However, a gap in knowledge exists due to lack of data; as such, it is difficult to discern whether an advantage exists with either regimen in this population.

To fill this gap, Zarrabi and colleagues partnered with Flatiron Health to look at survival data on 9940 treatment-naïve patients with metastatic RCC stored in the electronic health record database, which houses healthcare information for over 3 million patients treated at 280 community and academic sites.

Investigators looked at information from 2018, when ipilimumab plus nivolumab emerged in the treatment landscape, through March 2021, a total of 1045 patients with clear cell RCC were identified for inclusion in the analysis. “This is a fairly large sample size compared with what is already in the literature,” Zarrabi said.

Of the 1045 patients included in the final cohort, 698 had received treatment with ipilimumab plus nivolumab and 347 received axitinib plus pembrolizumab.

The patient demographic and clinical characteristics were well balanced, with no real preference for one combination regimen over another, according to Zarrabi.

“In 2018, when the ipilimumab/nivolumab data were released, more patients were receiving that combination,” Zarrabi noted. “However, over the ensuing 3.5 years, there seems to be provider preference to move toward axitinib/pembrolizumab.”

Longer-term survival outcomes have recently been reported for both CheckMate-2146 and KEYNOTE-426 and survival benefit was found to be sustained.7 In CheckMate-214, the median PFS with ipilimumab/nivolumab in patients with intermediate/poor risk RCC was 11.6 months and the median OS was 47.0 months. In the real-world dataset, the median PFS and OS was 6.9 months and 22.0 months, respectively. The 18-month landmark survival rate was 77% in the ITT population vs 58.8% in the real-world dataset.

“Not surprisingly, we see a significantly lower survival [in terms of both] PFS and OS in our real-world population compared with the trial population,” Zarrabi noted.

In the absence of prospective studies, retrospective analyses such as the report shared during the 2021 KCRS are utilized to guide decision making when it comes to frontline treatment choice for this patient population, according to Zarrabi.

“Longer follow-up time will be necessary to discern any clinically significant difference in survival,” Zarrabi concluded. “Future studies may include data on newly approved frontline combination therapies, including lenvatinib [Lenvima]/pembrolizumab and cabozantinib [Cabometyx]/nivolumab.”