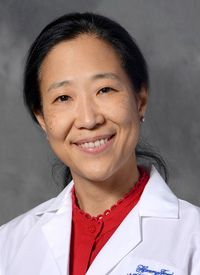 A handful of novel androgen receptor (AR) inhibitors have been approved for the treatment of patients with metastatic castration-sensitive prostate cancer (mCSPC), enabling providers to tailor treatment based on disease burden, toxicity, and length of therapy, explained Clara Hwang, MD.

“For many years, the standard of care for patients with metastatic prostate cancer was androgen deprivation therapy,” said Hwang. “The field really started to change when docetaxel demonstrated improved overall survival.”

In addition to docetaxel, abiraterone acetate (Zytiga) and apalutamide (Erleada) have shown an improvement in OS in patients with newly diagnosed mCSPC. Abiraterone and apalutamide are approved for use in this indication. Most recently, the FDA approved a supplemental new drug application for enzalutamide (Xtandi) for the treatment of this patient population. The new indication for the drug is based on data from the phase III ARCHES trial in which the median radiographic progression-free survival (rPFS) was not reached with enzalutamide plus androgen deprivation therapy (ADT) versus 19.45 months with ADT/placebo (HR, 0.39; 95% CI, 0.30-0.50; P <.0001).1

Despite similar survival gains, fit patients with a higher disease burden may be better suited to receive docetaxel, which is given for a shorter period of time compared with the AR-directed therapies. Although these agents are better tolerated, seizures, central nervous system (CNS) toxicity, and cardiac toxicity should be monitored with enzalutamide, apalutamide/enzalutamide, and abiraterone, respectively.

In metastatic castration-resistant prostate cancer (mCRPC), combinations with novel hormonal therapies have shown modest benefit. However, data from the phase III PROfound trial demonstrated that the use of olaparib (Lynparza) led to a doubling in median rPFS versus abiraterone or enzalutamide in patients with BRCA1/2 or ATM alterations.2

“Based on these results, olaparib will become a standard of care for patients with BRCA1/2 mutations,” said Hwang.

In an interview during the 2019 OncLive® State of the Science Summit™ on Genitourinary Malignancies, Hwang, a medical oncologist with Henry Ford Health System, discussed key trials that have shaped the current treatment paradigms of mCSPC and mCRPC.

OncLive: What does the current treatment paradigm consist of in mCSPC?

Hwang: [We knew that docetaxel improved OS in this patient population]. Subsequently, we discovered that the addition of abiraterone to standard of care also improved survival. [This year], we learned that apalutamide and enzalutamide also appear to improve outcomes for patients with mCSPC. It’s very exciting that we now have multiple drugs that can improve PFS and OS in these patients.

Could you discuss some of the key trials that have been presented in this space?

Two trials looked at docetaxel in this setting: one was CHAARTED and the other was STAMPEDE. STAMPEDE was a multi-arm trial conducted in the United Kingdom. Both CHAARTED and STAMPEDE showed that docetaxel improved survival for patients with mCSPC. Then we saw the data with abiraterone; results from STAMPEDE and LATITUDE showed that the addition of abiraterone to standard of care, which at the time was ADT, also improved survival for patients.

What data have been reported recently?

We saw data from the randomized TITAN trial, which looked at apalutamide. Apalutamide is an AR antagonist. The results showed that [apalutamide] is another therapy that, when given in combination with androgen suppression, can benefit patients. Enzalutamide is another novel AR antagonist. We recently saw data from the ARCHES and ENZAMET trials. [Results from the ENZAMET trial] showed that the addition of enzalutamide to androgen suppression improves survival. [Data from the ARCHES trial] are not quite as mature, so we have to wait a little bit longer for the final results; [however, we] did see improved rPFS.

How do you decide between these agents in the frontline setting?

That's the question of the moment. We can use high-risk or high-volume [disease as an indicator]. It appears that enzalutamide, abiraterone, and apalutamide have benefits regardless of the volume of disease. “High-volume” was first defined in CHAARTED; patients were classified as having high-volume disease if they had visceral disease or at least 4 bone metastases, 1 of which had to be extra-axial.

However, that's a little bit controversial. In the updated analysis of STAMPEDE, it looked like docetaxel may be beneficial [regardless of disease burden]. Additionally, investigators reported that the addition of radiation may improve survival in patients with low-volume disease. The volume of disease, whether in a patient with oligometastatic disease or visceral disease, could potentially help physicians choose which treatment is most appropriate for their patients.

Another factor to consider is toxicity. Chemotherapy and novel hormonal therapies have very different safety profiles. With docetaxel, some patients [need to be monitored for] infections, which can potentially be fatal. [Patients receiving docetaxel should be] healthier [than those who receive one of the hormonal therapies]. In general, the other agents are better tolerated than docetaxel, but they have unique safety profiles as well. For example, about 1% of patients who received enzalutamide [in clinical trials] experienced seizures, so that's something we have to monitor. We also have to be mindful of potential CNS toxicity with apalutamide and enzalutamide. Darolutamide (Nubeqa) is a newer antiandrogen, which may not have that toxicity. We're awaiting [more mature] results with that agent over the next year or 2. With abiraterone, we have to monitor for cardiac toxicity and liver enzymes because patients can have elevations of liver enzymes when receiving that drug.

We also look at the patient’s comorbidities and overall health [when making treatment decisions]. Financial toxicity is another issue many of us are concerned about these days. In general, if patients are on enzalutamide or abiraterone for about 33 months or so, that ends up being much more expensive than 4 months of [docetaxel]; therefore, the length of therapy is another thing to consider.

Have any recent developments been made for patients who have mCRPC?

The ERA-223 trial looked at the addition of abiraterone to prednisone and radium-223 dichloride (Xofigo) [in this patient population]. Radium-223 is a bone-targeting agent that is an alpha emitter. We know we can improve survival in patients with bone-predominant disease based on the ALSYMPCA data. The primary end point of the [ERA-223 trial] was symptomatic skeletal event-free survival. Unfortunately, the trial was negative; there was a signal that skeletal-related events (SREs) were increased [with the addition of radium].

We know that radiation has some bone toxicity, and both abiraterone and prednisone can also be bone-toxic. We have to be mindful that there may added bone toxicity when these agents are combined. Moreover, these are patients that have bone-predominant disease, so they’re already at risk for SREs. That trial was then stopped.

A very similar trial examined the combination of enzalutamide and radium-223. Following the results of ERA-223, investigators mandated the use of bone-protecting agents. Subsequently, investigators showed that the rate of SREs was significantly decreased with the use of bone-protecting agents. It’s very important that patients take either zoledronic acid or denosumab (Xgeva), which is a standard of care for patients with castration-resistant disease and bone metastases, to prevent SREs.

Could you highlight the results of the PROfound trial?

PROfound was presented by Maha H.A. Hussain, MD, Genevieve E. Teuton Professor of Medicine in the Division of Hematology Oncology, Department of Medicine, and the deputy director at the Robert H. Lurie Comprehensive Cancer Center of the Northwestern University Feinberg School of Medicine, at the 2019 ESMO Congress. Investigators looked at the PARP inhibitor olaparib, which we know is beneficial in patients who have BRCA1/2-mutant breast or ovarian cancer. Investigators looked at patients who have defects in homologous recombination repair (HRR). Patients were randomized to receive either olaparib or physician's choice of enzalutamide or abiraterone. The results showed that olaparib delayed [radiographic] progression in patients with HRR defects. This is also consistent with previously reported data, which is good news for these patients.

What is your take-home message regarding the current treatment landscape of metastatic prostate cancer?

The first take-home message in mCSPC is that multiple options have been shown to improve survival. Patients should be offered either docetaxel, abiraterone, enzalutamide, or apalutamide. We’re going to see more data, specifically with combination treatments. Do patients require both docetaxel and a novel hormonal agent? Those questions will be answered in the future.

In terms of mCRPC, olaparib should be considered in patients with HRR defects. Right now, the agent would be used off-label, but we’re hoping it will be an approved indication in the future. When it comes to patients with bone metastases, we have to ensure that we’re giving patients bone-protecting agents. Currently, radium-223 plus abiraterone is not be recommended.