Autologous HSCT Shows Sustained Long-Term Benefit in MCL, But Role May Be Rechallenged By Novel Approaches

Autologous hematopoietic stem-cell transplantation maintained its long-term efficacy over interferon alfa in patients with mantle cell lymphoma, confirming its place as the standard frontline treatment in this population. 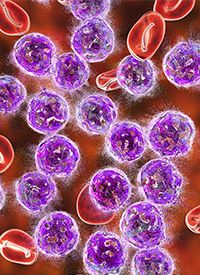 Autologous hematopoietic stem-cell transplantation (HSCT) maintained its long-term efficacy over interferon alfa in patients with mantle cell lymphoma (MCL), confirming its place as the standard frontline treatment in this population, according to a post-hoc analysis of a phase 3 trial published in The Lancet Haematology. However, the approach must be rechallenged in light of the targeted options that have since become available in the paradigm.

“Whether an autologous HSCT should be generally recommended despite the available additional therapeutic options cannot be appropriately addressed with this trial alone,” lead author Anna-Katharina Zoellner, MD, of Ludwig-Maximilians-University Hospital of Munich-Grosshadern, Munich, Germany, and colleagues, wrote. “However, the absence of any significant benefit of autologous HSCT for patients after rituximab-containing induction underlines the need to further explore the value of autologous HSCT in comparison with the most effective regimens available.”

Data from several studies done over the past 2 decades have demonstrated that HSCT results in high response and PFS rates. As such, this approach serves as the current standard of care for younger, fit patients with MCL in advanced stages.

This study, which was initiated in 1996 by the European Mantle Cell Lymphoma Network, was one of the first to establish the role of this modality. This was also the first to have an open-label, multicenter, randomized, phase 3 trial design that was conducted to specifically analyze the safety and efficacy of HSCT vs interferon alfa maintenance therapy following a cyclophosphamide, doxorubicin, vincristine, and prednisone (CHOP)–like induction therapy, without or with rituximab (R-CHOP), in patients with advanced-stage MCL who were younger than 65 years of age.

Primary results from the trial showed that although autologous HSCT significantly prolonged PFS over vs maintenance interferon alfa, the OS benefit with the former was not found to be statistically significant at a median follow-up of 25 months. In the 15 years since the primary publication of the study, treatment for this patient population has evolved substantially, with use of rituximab in induction therapy, as well as high-dose chemotherapy regimens, and targeted treatments.

For the current report, investigators sought to examine the long-term results from the trial, including OS, in patients with primary advanced-stage MCL treated with high-dose radiochemotherapy and autologous HSCT, or interferon alfa maintenance in remission following chemotherapy without or with rituximab. Additionally, the study authors assessed whether the efficacy of HSCT was modified by the addition of rituximab to frontline induction in this setting.

A total of 292 patients were registered to the European Mantle Cell Lymphoma Network trial. These patients were between the ages of 18 years and 65 years and had previously untreated advanced stage III and IV MCL. Those with a poor performance status, defined as an ECOG performance status of higher than 2, or who had severe cardiac, pulmonary, hepatic, or renal impairment, were excluded from the research.

Patients were randomized 1:1, prior to induction, to receive either myeloablative radiochemotherapy followed by autologous HSCT (n = 134) or interferon alfa maintenance afterinduction therapy was completed (n = 135).

Per protocol, further treatment for patients who did not have a partial remission (PR) after 6 cycles of induction therapy was up to the discretion of the treating physician.

Additionally, patients randomized to the HSCT arm received intensified stem-cell mobilization chemotherapy. Myeloablative therapy was given within 2 months of mobilization and consisted of a total body irradiation and a high-dose cyclophosphamide regimen. The previously harvested peripheral blood stem cells were then reinfused on day 0 and granulocyte colony-stimulating factor was started on day 1.

Those randomized to the interferon alfa arm received 2 additional cycles of conventional chemotherapy to balance the mobilization scheme. Subcutaneous interferon alfa was thereafter given at a starting dose of 6 × 106 IU 3 times weekly until disease progression. The dose was adapted based on toxicity.

Patients were the followed until disease progression, through assessment history, physical examinations, ultrasound examinations of the abdomen, and a complete laboratory investigation every 3 months. Chest radiography was performed every 6 months, and survival follow-up until death was planned.

Participants included in the analysis had a median age of 55 years (range, 47-60), and the majority were male (78%), had stage IV disease (82%), and an ECOG performance status of 1 (53%). Moreover, 73% of patients had a low-risk disease, 29% had elevated serum lactate dehydrogenase concentration, and 40% had B symptoms present.

Regarding induction treatment, 51% received CHOP, 39% received CHOP with rituximab, and 10% received a CHOP-like chemotherapy regimen. By the end of induction, 29% achieved a CR and 71% experienced a PR.

Of the 114 patients with MCL enrolled to the interferon arm and the 118 patients enrolled to the HSCT arm, 81 and 93 patients, respectively, experienced remissions following induction treatment.

Results from an exploratory analysis of secondary malignancies revealed no clear effect of autologous HSCT vs maintenance interferon alfa on the risk of secondary myelodysplastic syndrome or leukemia (HR, 1.6; 95% CI, 0.31-8.3; P = .58).

“On the basis of these mature data, the significantly improved PFS after autologous HSCT is independent of remission status after induction therapy, with OS showing the same trend,” study authors concluded. “Therefore, these data from the first randomized phase 3 trial of the European Mantle Cell Lymphoma Network underline the relevance of post-induction autologous HSCT in the context of a CHOP-like induction therapy.”

However, the treatment of the disease has changed since the start of this trial. As such, data from ongoing efforts like the phase 3 TRIANGLE trial (NCT02858258) could serve to challenge the future role of autologous HSCT in young patients with MCL. 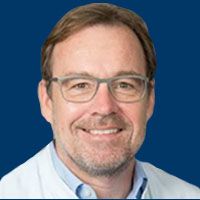 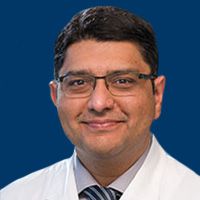 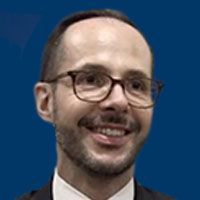 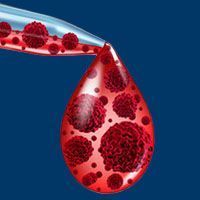