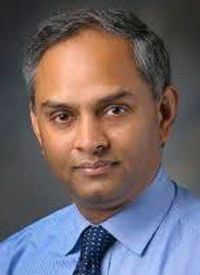 “We reported the updated clinical and pharmacological outcomes from ZUMA-5 with more than three years of follow-up,” lead study author, Sattva S. Neelapu, MD, the deputy department chair and a professor in the Department of Lymphoma/Myeloma, Division of Cancer Medicine, at The University of Texas MD Anderson Cancer Center in Houston, said in a presentation of the data, adding that, “Axi-cel continued to induce durable responses and improve survival outcomes in patients with relapsed/refractory iNHL.”

Previous data from the ZUMA-5 trial, which evaluated the efficacy and safety of axi-cel in patients with relapsed/refractory iNHL, resulted in high response rates and improved survival. In March 2021, prior findings from the phase 2, multicenter, single-arm trial led to the FDA approval of axi-cel for adult patients with relapsed/refractory follicular lymphoma following 2 or more lines of systemic therapy.2

To be eligible for enrollment, adult patients must have had relapsed/refractory grade 1 to 3a follicular lymphoma or marginal zone lymphoma, either nodal or extranodal. Additionally, patients must have undergone at least 2 prior lines of therapy, including an anti-CD20 monoclonal antibody in combination with an alkylating agent.

Once enrolled, eligible patients were given lymphodepleting chemotherapy with 30 mg/m2 of intravenous (IV) fludarabine and 500 mg/m2 of IV cyclophosphamide on days -5, -4, and -3. This was followed by axi-cel infusion on day 0 consisting of 2 × 106 CAR+ cells/kg.

AEs largely occurred in patients with marginal zone lymphoma who were recently enrolled. No new cases of grade 3 or higher hypogammaglobulinemia or axi-cel-related secondary malignancies were reported following the data cutoff for the primary analysis in March 2020.

However, 10 additional patients died since the 2-year analysis due to progression (n = 1), malignancies (n = 3), and other causes not related to axi-cel (n = 6). No new safety signals were observed with the agent.

“Longer follow-up is needed to determine whether the emergence of [the] plateau in lymphoma-specific PFS will be maintained,” Neelapu concluded, adding that, “These data further support axi-cel as a highly effective therapeutic approach for patients with relapsed/refractory iNHL.”