January 22, 2021 — The Japan Ministry of Health, Labour and Welfare has approved the CAR T-cell therapy axicabtagene ciloleucel for use in the treatment of adult patients with certain relapsed/refractory large B-cell lymphomas.

The Japan Ministry of Health, Labour and Welfare has approved the CAR T-cell therapy axicabtagene ciloleucel (Yescarta; axi-cel) for use in the treatment of adult patients with certain relapsed/refractory large B-cell lymphomas (LBCL).1

Specifically, axi-cel was approved in Japan for use in patients with relapsed/refractory DLBCL, primary mediastinal B-cell lymphoma, transformed follicular lymphoma, or high-grade B-cell lymphoma. Only patients who had not received prior CD19-targeted CAR T-cell infusion can receive the product. The use of the agent is limited to those who had prior treatment with 2 or lines of therapy, including chemotherapy and transplant, or those who are not transplant candidates.

The regulatory decision was based on findings from the phase 1/2 ZUMA-1 trial (NCT02348216), which showed that the product induced long-term disease control with rapid responses and vigorous CAR T-cell expansion in patient with refractory LBCL.2

The decision was also based on data from an open-label, single-arm, phase 2 trial conducted by Daiichi Sankyo in Japan. Here, the same dose of the CAR T-cell product that was used in ZUMA-1 was given in 16 Japanese patients with relapsed/refractory LBCL, including diffuse large B-cell lymphoma (DLBCL), primary mediastinal B-cell lymphoma, transformed follicular lymphoma, or high-grade B-cell lymphoma. Axi-cel resulted in an ORR of 86.7% (95% CI, 59.5%-98.3%) in this population.

“With the approval of [axi-cel] in Japan, we now can offer this innovative one-time cell-based immune therapy to patients in Japan who need new options for B-cell lymphomas that continue to progress on currently available treatments,” Wataru Takasaki, PhD, executive officer and head of the R&D Division in Japan, Daiichi Sankyo, stated in a press release. “We are grateful to have the opportunity to collaborate with Japanese government agencies and Kite, as well as the trial investigators and patients, all of whom have contributed to this significant treatment advancement in Japan.”

In ZUMA-1, investigators enrolled patients with refractory LBCL, including those with DLBCL, primary mediastinal LBCL, and transformed follicular lymphoma. To be eligible for enrollment, patients must have not responded to their last chemotherapy or have relapsed within 12 months of having undergone an autologous stem cell transplant.

After undergoing screening and leukapheresis, patients received a conditioning chemotherapy regimen that included cyclophosphamide, given at 500 mg/m2, and fludarabine, given at 30 mg/m2, for the duration of 3 days. Participants were hospitalized and administered a single CAR T-cell infusion at a dose of 2 x 106 CAR+ cells/kg. Seven days later, investigators evaluated their tumors. The primary end point of the trial was ORR.

Additional data from ZUMA-1 presented during the 2020 ASH Annual Meeting demonstrated that participants who were determined to be evaluable, had blood samples available for examination, and who continued to respond to study treatment per institutional standard of care for at least 3 years (n = 21), had B cells detected in their blood at 3 years, following infusion with the product. Also, at this time point, the majority of patients, or 67% (n = 14), also were found to have CAR gene-marked cells and polyclonal B cells in their blood.

Ninety-one percent (n = 23) of patients were also found to have polyclonal B-cell recovery, and with a median immunoglobulin kappa-lambda ratio of 1.6. Because relative levels of key B-cell subsets were identified, it is believed that the B-cell repertoire had been restored.

Regarding safety, both ZUMA-1 and the Japanese study were found to have yielded comparable results. Dose-limiting toxicities with axi-cel had not been reported. All participants experienced a treatment-emergent adverse effect that was grade 3 or higher in severity and these included neutropenia (81.3%), lymphopenia (81.3%), and thrombocytopenia (62.5%). Moreover, 81.3% of patients experienced all-grade cytokine release syndrome, with 6.3% of patients experiencing an event that was grade 3 or higher. Notably, neurological effects were not reported.

In October 2017, the FDA approved axi-cel for use in patients with relapsed/refractory non-Hodgkin lymphoma based on data from ZUMA-1. 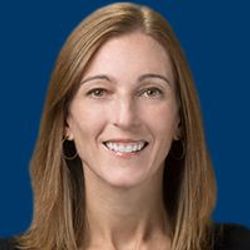