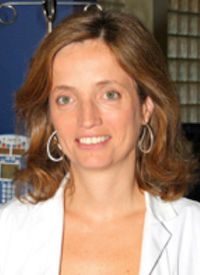 Axitinib (Inlyta) plus octreotide LAR failed to demonstrate a significant improvement in progression-free survival (PFS) compared with placebo plus octreotide LAR in patients with advanced G1-2 extra-pancreatic neuroendocrine tumors (NETs), according to findings from a phase 2/3 study (NCT01744249) presented during the 2021 Gastrointestinal Cancers Symposium.

Axitinib is a potent and selective VEGFR inhibitor with proven activity against other vascular-dependent solid tumors. Therapeutic options for patients with pancreatic NETs are limited.

Patients could have received 2 prior lines of systemic therapy but no prior antiangiogenic agents. They also need to have an ECOG performance status of 0 to 2. Patients were stratified based on time from diagnosis to study entry (greater than 12 months vs 12 months or less), primary tumor site (gastrointestinal tract vs non-gastrointestinal tract), and Ki-67 index (5% or less vs greater than 5%).

The phase 2 portion of the study (n = 105) used Simon’s randomized design in which the primary end point was an increase of 15% of the PFS rate at 6 months. The data safety monitoring board and trial sponsor decided to extend the study based on phase 2 results, enrolling an additional 148 patients to bring the sample size to 253 patients (105 + 148). The required number of events for final analysis was 151 and included a minimum of 95 events in the extended cohort.

In subgroup analysis, the trend overall favored the group who received axitinib. Patients in the axitinib arm with grade 1 tumors seemed to benefit more than patients with grade 2 tumors, noted Garcia-Carbonero (axitinib arm: median PFS 30.15 months vs placebo arm: median PFS 19.04 months; HR = 0.51). In addition, patients with carcinoid syndrome who received axitinib demonstrated a median PFS of 18.54 months compared with 8.4 months for the placebo group (HR = 0.58). Garcia-Carbonero reported a slight benefit in those patients who had no or 1 prior line of therapy and received axitinib.

The best overall response rate was higher in the axitinib arm versus the placebo arm (17.5% vs 3.8%; P = .0004). Sixty-nine percent of patients demonstrated tumor shrinkage in the treatment arm compared with 44% of patients in the placebo arm.

“Patient and disease characteristics were well balanced, except for grade G2 tumors, which was higher in the axitinib arm [69.8%] versus the placebo arm [58.5%],” Garcia-Carbonero, an associate professor at the Hospital Universitario Doce de Octubre in Madrid where she coordinates the Gastrointestinal (GI) Tumor Unit, said during the presentation.

Overall AEs were consistent with the safety profile of axitinib. Most common all grade AEs observed with the study drug were diarrhea (63.2%), asthenia (52.0%), hypertension (50.4%), and mucositis (28.8%). Grade 3/4 treatment-related AEs occurred more frequently in the axitinib arm compared with the placebo arm (52% vs 14%, respectively). Most common grade 3/4 AEs were hypertension (20.8%) and diarrhea (13.6%). There were 3 treatment-related deaths; these included 1 patient in the axitinib arm due to cardiac failure and 2 in the placebo arm due to myocardial infarction and hepatorenal syndrome.