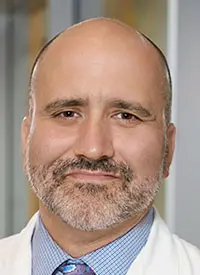 Among the 125-patient efficacy evaluable population, the combination elicited an overall response rate (ORR) of 25.6%. Ten (8.8%) responders experienced a complete response (CR). Among the 67-patients with a positive PD-L1 status, the ORR was 32.8% compared with 9.1% in the PD-L1-negative subgroup (n = 33).

“There remains a significant unmet medical need for patients with recurrent or metastatic cervical cancer who progress after platinum-containing chemotherapy,” explained David O'Malley, MD, the director of the Division of Gynecologic Oncology at The Ohio State University Comprehensive Cancer Center–Arthur G. James Cancer Hospital and Richard J. Solove Research Institute and a professor in the Department of Obstetrics and Gynecology at The Ohio State University College of Medicine in Columbus.

“We know that single agent PD-1 activity is modest while CTLA-4 inhibition demonstrates limited to no activity in patients with cervical cancer,” he added. “Combining anti-PD1 and anti-CTLA-4 [agents] is now an established treatment paradigm across a broad spectrum of solid tumors. In this phase 2 study design, we report the largest trial to date combining PD-1 and CTLA-4 in patients with cervical cancer.”

In order to be eligible for the trial, patients needed to have histologically confirmed squamous cell carcinoma, adenosquamous carcinoma, or adenocarcinoma of the cervix that relapsed after platinum-based treatment. Patients also had to have measurable disease and an ECOG performance status of 0 or 1.

The primary end point of the trial was ORR by RECIST v1.1 per an independent review committee. Secondary end points included OS, DOR, and progression-free survival. The trial enrolled a total of 155 patients in Europe, Australia, South America, and the United States.

Balstilimab was administered at a dose of 3 mg/kg every 2 weeks. Zalifrelimab 1 mg/kg was given every 6 weeks. Treatment lasted for up to 24 months and follow-up imaging occurred every 6 weeks through 2 years.

“The response rates [for this combination] nearly double currently achieved with approved agents in the second-line setting, including single agent PD-1 antibodies,” noted O’Malley. “Beyond response rate, the distinguishing feature of combining CTLA-4 and PD-1 antibodies are improved depth and durability of responses as well as survival outcomes. Longer follow-up will hopefully confirm this exciting trend and establish long-term survival as an achievable goal in advanced/recurrent cervical cancer.”

In terms of safety, 71.0% of the 155-patient safety population experienced a treatment-related adverse event (TRAE) of any grade. Common TRAEs of any grade included hypothyroidism (16.8%), diarrhea (14.2%), and fatigue (11.6%). TRAEs of at least grade 3 occurred in 20.0% of patients and included increased alanine transaminase (2.6%) and diarrhea (1.9%). TRAEs that lead to dose interruption were reported in 12.3% of patients and TRAEs leading to dose discontinuation occurred in 7.7% of patients.