Benefit in pCR Rates Are Achieved With Pembrolizumab in Early TNBC

Patients with triple-negative breast cancer have greater rates of pathologic complete responses when pembrolizumab is added to neoadjuvant and adjuvant chemotherapy. Furthermore, these benefits are observed across patient subgroups, most notably in those patients with stage III and/or node-positive disease. 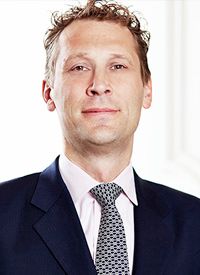 Patients with triple-negative breast cancer (TNBC) have greater rates of pathologic complete responses (pCR) when pembrolizumab is added to neoadjuvant and adjuvant chemotherapy. Furthermore, these benefits are observed across patient subgroups, most notably in those patients with stage III and/or node-positive disease.

“We know that if you give [a patient] neoadjuvant chemotherapy of an anthracycline and a taxane, the pCR rates are about 40%, and if you add in platinum, it is about 50% to 55%,” said Peter Schmid, MD, PhD, professor of cancer medicine and lead of the Centre of Experimental Cancer Medicine at Barts Cancer Institute in London, during a presentation of the data at the San Antonio Breast Cancer Symposium in Texas.1 “Prior to this study, there were small trials demonstrating [that the addition of] pembrolizumab or other checkpoint inhibitors to neoadjuvant chemotherapy was safe and shows promising early activity in TNBC.”

In the current phase III trial, patients with newly diagnosed, operable, stage II or III TNBC received both neoadjuvant and adjuvant systemic therapy. During the neoadjuvant phase of therapy, patients were randomized in 2:1 to receive pembrolizumab at 200 mg every 3 weeks or placebo. All patients were administered carboplatin plus paclitaxel for 4 cycles followed by doxorubicin or epirubicin plus cyclophosphamide for an additional 4 cycles leading up to surgical resection. Following surgery, patients were treated with pembrolizumab or placebo for up to 1 year.

According to the data presented during the European Society for Medical Oncology 2019 Congress, baseline characteristics were well balanced between the 2 groups. Median patient age was 49 years, about 75% had T1 or T2 tumors, and slightly more than half had node-positive disease. More than 80% of patients were considered to be PD-L1 positive based on a combined positive score ≥1 by PD-L1 IHC 22C3 pharmDx assay.2

“At this point in time, we have mature and definitive data for the first primary end point [of the trial], pCR, or the complete disappearance of all cancer,” Schmid said. “If you look at the definitive data based on 602 patients, there is a statistically significant and meaningful difference in pCR rates between the 2 groups.”

“At a short follow-up for adjuvant [treatment], 15.5 months, we see a separation of the [Kaplan-Meier curves for EFS] but it is not statistically significant at this point, especially considering the precalculated P value boundary for significance of 0.000051.”

Positive PD-L1 status was not necessary for a tumor response. “In advanced disease, we see a clear difference in patients with PD-L1—positive tumors and PD-L1–negative tumors in terms of the benefit from immune therapy,” Schmid said. “We don’t see this in early disease…my personal theory is that the tumor plasticity and the dynamics within the tumor biology is high in early disease.”

“The absolute difference between chemotherapy and the combination was consistent whether you used a cutoff of CPS 1, 10, or 20,” Schmid said. “Of note, if you look at the patients with CPS ≥10 inflamed tumor we see…a pCR rate that we have never seen in such an aggressive disease group.”

Schmid concluded by saying that in the future, additional biomarker data, including tumor infiltrating lymphocytes and BRCA-mutational status, will be helpful in determining which patients receive the greatest benefit with this regimen.