The MEK inhibitor binimetinib has demonstrated an improvement in progression-free survival compared with dacarbazine in patients with advanced NRAS-mutant melanoma.

The MEK inhibitor binimetinib (MEK162) has shown an improvement in progression-free survival (PFS) compared with dacarbazine in patients with advanced NRAS-mutant melanoma, according to top-line findings from a phase III released by Array BioPharma.

“We are excited to announce positive results from the NEMO trial, which suggest binimetinib has the potential to provide an important new treatment option for patients with advanced NRAS melanoma,” Ron Squarer, chief executive officer, Array BioPharma, said in a statement. “We look forward to discussing the data with the FDA and other regulatory agencies in the near future.”

In the NEMO study, 402 patients were randomized in a 2:1 ratio to receive 45 mg of binimetinib twice daily or 1,000 mg/m2 of dacarbazine every 3 weeks. Patients in the study had stage IIIC, IVM1a, and IVM1b NRAS Q61-mutant melanoma, and may have received prior treatment with immunotherapy. Patients with untreated CNS metastases and those who received a prior MEK inhibitor were excluded from the trial.

The primary endpoint of the study was PFS by blinded independent review. Secondary outcome measures focused on overall survival, response, and safety. Full findings from the study, including outcomes based on prior immunotherapy, will be presented at a medical meeting in 2016, according to Array BioPharma.

Overall, NRAS mutations occur in approximately 15% to 20% of patients with melanoma and normally do not coexist with BRAF alterations. In general, alterations in NRAS are associated with a poor prognosis, with an overall survival of 8.5 months from the time of diagnosis.

“The presence of an NRAS mutation is a poor prognostic indicator for patients with advanced melanoma,” Keith T. Flaherty, MD, associate professor, Medicine, Harvard Medical School and Director of Developmental Therapeutics, Cancer Center, Massachusetts General Hospital, said in a statement. “I am encouraged the NEMO trial met its primary endpoint and look forward to sharing the full results soon.”

These findings add to a growing body of evidence regarding the NRAS mutation for patients with melanoma. In findings published in early 2015 in Cancer Immunology Research, NRAS mutations were connected with better response to immune checkpoint inhibitors, including those against PD-1 and CTLAS-4.1

In this retrospective review, medical records were assessed for 229 patients with melanoma harboring the NRAS mutation (n = 60), BRAF mutation (n = 53), or wild-type BRAF/NRAS (n = 116). In patients with NRAS-mutant melanoma, the complete response rate to first-line immunotherapy was 28% versus 16% for those with wild-type NRAS (P = .04). Median PFS was 4.1 months in the NRAS-mutant group versus 2.9 months in the wild-type arm (P = .09).

“As the first targeted therapy with positive results in NRAS melanoma, binimetinib will be a welcome addition in this high unmet need population, especially for patients whose disease has progressed following treatment with immunotherapy,” added Flaherty.

In addition to studies of binimetinib monotherapy, the MEK inhibitor has been combined with the BRAF inhibitor encorafenib in a phase II study that was presented at the 2015 European Cancer Congress (ECC).2 This study demonstrated promising signs of efficacy and a low occurrence of rash and photosensitivity.

Patients with BRAF inhibitor-naive melanoma experienced an objective response rate of 68% with binimetinib and encorafenib. After a median of 6 months, the PFS rate was 79%. The phase III COLUMBUS trial is currently exploring this combination, with results anticipated in 2016.

For those with NRAS-mutant melanoma, binimetinib has also been explored with the CDK4/6 inhibitor ribociclib (LEE011). In findings presented at ECC from a phase Ib/II study the objective response rate was 41% and the disease control rate was 82%. Median PFS was 6.7 months.3

In addition to melanoma, binimetinib is also being assessed in phase III studies for patients with low-grade serous ovarian cancer. In this trial, labeled MILO, binimetinib is being compared with physician's choice of chemotherapy for patients with recurrent or persistent low-grade serous carcinomas of the ovary, fallopian tube, or primary peritoneum. Findings from this study are expected in mid-2016. 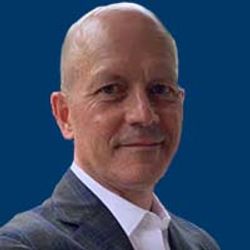 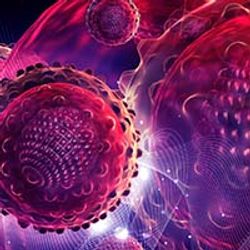 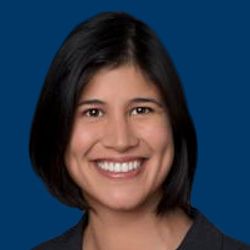