As the FDA continues to approve additional biosimilars in the field of oncology, there is increased hope that these agents could reduce financial toxicity and increase global access to life-saving treatments, said Elisavet Paplomata, MD.

Paplomata believes the trastuzumab biosimilar ABP 980 could be the next biosimilar approved. ABP 980 was evaluated in the phase III LILAC study, which compared the biosimilar plus paclitaxel with trastuzumab/paclitaxel. Data showed that in women with HER2-positive early stage disease, 47.8% of patients in the ABP 980 arm and 41.8% in the trastuzumab arm achieved pathological complete response.

Amgen, the developer of ABP 980, received a complete response letter in May 2018 from the FDA for the biosimilar. However, investigators have been working with the FDA to bring the biosimilar to patients in the United States.

OncLive: What potential global impact could biosimilars have?

In an interview with OncLive, Paplomata, assistant professor, Department of Hematology and Medical Oncology, Emory University School of Medicine, Winship Cancer Institute, discussed the potential of biosimilars to help control costs and increase global access to oncology care.Paplomata: What we would like for biosimilars to achieve in the marketplace is cheaper drug prices, better competition, and more access to expensive biologic drugs for developing countries where trastuzumab may not be available. The development of biosimilars could make HER2-directed therapy accessible to poor countries around the world and essentially save lives.

Why might there still be skepticism in regard to biosimilars?

Specifically looking at the United States, we are hoping that the simple increase in competition will have a positive impact on drug pricing. Patients who are uninsured and are dealing with this burden could have just as much access to treatment. The question of whether or not biosimilars will impact insurance premiums is still unanswered.One is the issue of trust. It's important that biosimilars achieve the same level of efficacy and tolerability. Data need to show similarity to the reference products. Also, only 1 study is really necessary in a specific setting to lead to an approval of a drug in all applications. I can understand how this might cause skepticism, as well.

There is also the issue of these agents not being as vetted as the generics. We don't know the long-term toxicity profile. Unfortunately, once these biosimilars are available in the market, it might not be solely the physician's choice on what treatment to give. It might be that insurance companies and hospitals have a preferred biologic or formulary drug. There is an issue of prioritization.

How important is education in this process?

In addition to biosimilars, what are some other cost-effective strategies?

There are also some legal issues in regard to licensing—this is particularly interfering in the United States. Also, do the individual states control prices here, or is it a federal issue? There are a number of logistical questions that still need to be addressed, so we will wait and see.Education is a huge part of it. Physicians should be very well educated, specifically on the studies being done and on each specific biosimilar agent. You need to know the advantages and disadvantages. Next, the physician needs to educate the patient and have this important discussion. As I mentioned earlier, I don't think the physician is the only person deciding this. It's possible that the hospital itself might push a therapy. If the physician is well educated, they can at least make the point of trying to push for what they believe is the right treatment.Most importantly, we as physicians need to practice evidence-based medicine. We have to ultimately do what is best for the patient. Certain drugs may improve survival, but they don't necessarily improve quality of life (QoL). A lot of drugs actually worsen QoL, especially later in life for a patient. We have to think about this; it would probably have a long-term cost benefit attached to it.

Where does ABP 980 currently stand in the pipeline?

Does the number of emerging trastuzumab biosimilars create healthy competition?

Furthermore, in terms of imaging, we learn early on as physicians that we have to do meaningful tests to make sure we provide the necessary management of a patient's disease. If every physician practiced this way, costs will be driven down.ABP 980 is in good standing to get FDA approval. Right now, the only trastuzumab biosimilar approved is MYL-1401O, based on the HERITAGE study. The trial looking at ABP 980 was a phase III study comparing it with generic trastuzumab in combination with paclitaxel. This was a study that showed similar efficacy to trastuzumab. ABP 980 [in my opinion] will be next to get FDA approval.I'm guessing the more competition we have, the more drug prices will decrease. I can give an example. The only biosimilar we have real experience with in our clinic is filgrastim-sndz (Zarxio), which is a biosimilar for [the G-CSF analog] filgrastim (Neupogen). We have used this for years, and this was the only biosimilar available for a long time. It did not drive the costs down, but a new biosimilar was recently approved [in July 2018]. It will be interesting to see how this second biosimilar will impact the market.

Another thing I wanted to mention is that if you look at a patient who's already being treated with trastuzumab, do you switch them to a biosimilar? I would not do that. If you already have a patient taking a drug that is working and it's tolerated, it would be hard to switch that patient just for the benefit of cost. 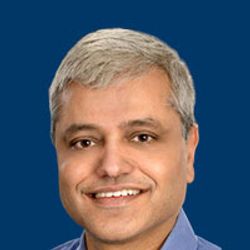 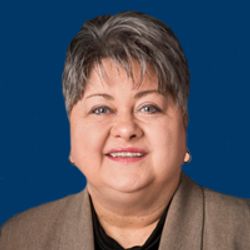 Knowledge of Biosimilars Becomes A Necessity in Oncology Nursing