The high concordance rate between gastric and breast cancer HER2 scoring algorithms suggest that either may be used in the metastatic colorectal cancer setting. 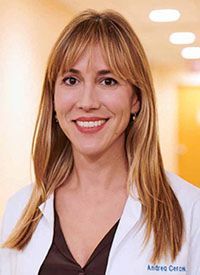 Both the breast and gastric cancer algorithms may be used to effectively determine HER2 status in patients with metastatic colorectal cancer (mCRC), according to a concordance analysis with the breast and gastric algorithms in the mCRC setting. Results, which were presented at the 2023 Gastrointestinal Cancer Symposium, suggest that both algorithms are acceptable to identify patients who may respond to tucatinib (Tukysa) plus trastuzumab (Herceptin).1

“Without established best practices, both the breast and gastric algorithms are commonly used by pathologists to determine HER2 status in the CRC patient population to determine HER2 status in mCRC,” wrote Andrea Cercek, MD, a medical oncologist at Memorial Sloan Kettering Cancer Center, in New York, New York, and co-investigators in the poster. “This concordance analysis supports the use of either algorithm to identify patients that may respond to treatment with tucatinib in combination with trastuzumab until an FDA-approved HER2 assay is available for mCRC.”

On January 19, 2023, the FDA approved tucatinib in combination with trastuzumab for the treatment of patients with RAS wild-type, HER2-positive mCRC, based on findings from MOUNTAINEER.2 In the poster presentation at ASCO GI, study authors explained that there are several testing methods available to determine HER2 status, although there are no currently established best practices for HER2 testing and interpretation in mCRC. 1

For those with HER2 positivity, primary resistance and poor responses to anti-EGFR therapy are common. HER2 amplification has been identified as an oncogenic driver in breast and gastric cancers and has recently been identified as a clinically relevant target in mCRC.

The rate of HER2 overexpression, along with, or HER2 amplification is estimated to be about 3%-5% among patients with mCRC, although, for patients with RAS/BRAF wild-type mCRC tumors, these rates can increase. For patients with mCRC, the current standard of care is multi-agent chemotherapy, both with or without a VEGF- or EGFR-inhibitor. However, these treatments are not curative, and the survival outcomes are poor.2-10 MOUNTAINEER investigators have expressed hope that the approval of tucatinib/trastuzumab will significantly improve outcomes for patients with HER2+ disease.11

MOUNTAINEER is a global, open-label, phase 2 trial which enrolled patients with mCRC who had already received at least 2 lines of systemic therapy—including fluoropyrimidines, oxaliplatin, irinotecan, and anti-VEGF monoclonal antibody therapy. These patients had confirmed HER2-positivity, per IHC/in situ hybridization (ISH)/next-generation sequencing (NGS) testing, RAS-wild-type disease. There were 3 cohorts; cohort A (n = 45) received both tucatinib and trastuzumab; cohort B received (n = 41) tucatinib and trastuzumab; and cohort C received tucatinib along (n = 31). The primary end points were confirmed objective response rate (cORR) in cohorts A and B. Secondary end points included duration of response per blinded independent central review (BICR), progression-free survival, per BICR, and overall survival (OS), in cohorts A and B.

Topline results from the trial showed that the cORR with tucatinib plus trastuzumab was 38.1%, the median duration of response was 12.4 months, the median PFS was 8.2 months, and the median OS was 24.1 months. Moreover, topline results showed that there were no deaths because of adverse events (AEs). Diarrhea was the most common AE; 60.5% of patients experienced grade 1 or 2 diarrhea, and 3.5% of patients experienced grade 3 diarrhea. Investigators deemed the AE-related discontinuation rate to be low, at 5.8%.

In the trial, HER2 screening occurred prior to enrollment with at least 1 local method used to identify overexpression or amplification, including IHC, ISH, and/or NGS. Following enrollment, archival or fresh tumor tissue was submitted to sponsor-designated central laboratories. Later, retrospective HER2 testing with IHC/FISH was scored by both breast and gastric algorithms for HER2.

The breast and gastric scoring criteria were as follows:

Moreover, the HER2 test scoring criteria were as follows:

Of the 7 patients that did not have valid central HER2 results, 3 were tested outside of the manufacturer-specific 28-day stability window and had HER2 inconclusive results. The remaining 4 had tissue that was deemed not evaluable by the central lab pathologists. In addition, 10 patients who were tested beyond the manufacturer-specified 28-day stability window and were considered HER2-positive with an IHC of 3+ or 2+/FISH-amplified based on the scientific rationale that HER2 ICH staining intensity would be expected to decrease over time. HER2+ results included all tissue samples which were analyzed with an IHC of 3+ or 2+/FISH-amplified result.

In addition, one patient did have an IHC score of 2+ and subsequently did not have a valid FISH result, in resulting in 7 “Not Determined” for HER2 status but only 6 “not determined” for IHC score. 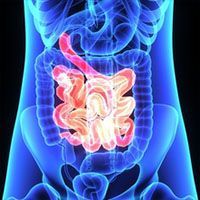