Treatment with brexucabtagene autoleucel produced ongoing responses in patients with mantle cell lymphoma with high-risk disease characteristics, including those with a lower ECOG performance score and tumor burden and less frequent prior use of bridging or platinum therapy. 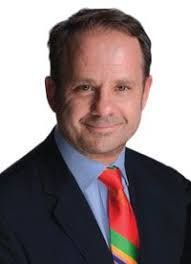 Treatment with brexucabtagene autoleucel (brexu-cel; Tecartus; KTE-X19) produced ongoing responses in patients with mantle cell lymphoma (MCL) with high-risk disease characteristics, including those with a lower ECOG performance score (PS) and tumor burden and less frequent prior use of bridging or platinum therapy, according to Andre H. Goy, MD.

An exploratory analysis of factors associated with long-term responses after brexu-cel treatment in the phase 2 ZUMA-2 study (NCT02601313) revealed that after a median follow-up of 35.6 months, 47% of patients who received brexu-cel were still responding 24 months after CAR T-cell infusion. Most ongoing responders (66%) had received ibrutinib (Imbruvica) as their last prior therapy.1

“Referring patients early to CAR T-cell therapy is critical, particularly in MCL,” Goy said in an interview with OncLive® during the 2022 ASH Annual Meeting.

In the interview, Goy discussed findings from the ZUMA-2 durable response assessment, the implications of these findings on the relapsed/refractory MCL population, and other pertinent MCL updates presented at ASH.

OncLive®: What was the goal of the assessment of durable responses after brexu-cel for patients from ZUMA-2 with relapsed/refractory MCL?

Goy: Mature data show that the complete response [CR] rate [with brexu-cel] is durable. The next question is: How can we understand who is on this curve? Patients who receive CAR T-cell therapy, brexu-cel in particular, and who are relapsed or refractory post BTK inhibitors do well, with a response rate of 91% and a 68% CR rate. A problem with CAR T-cell therapy is early failure. However, we also want to focus on who can benefit [from this treatment].

What did ZUMA-2 initially study, and what did early findings show?

ZUMA-2 was a study [in patients with] relapsed/refractory MCL who had chemoimmunotherapy and had failed a BTK inhibitor. [It enrolled 74] patients and now has over 3 years of median follow-up.

The response rate [with brexu-cel] is high, and the CR rates are durable. The long-term follow-up data show that 47% of patients are still disease free. Many of these patients are likely cured.

The toxicity was manageable. In general, with CAR T-cell therapy, we have been proactive and pre-emptive in managing toxicity. There was no new toxicity in the long-term follow-up.

What key findings from this assessment of durable responses were presented at ASH?

The cohorts of long-term responders and those with early relapse had similar characteristics, [including] number of prior therapies, Ki-67 proliferation, and TP53 mutations. The factors that [differentiate the cohorts] are ECOG PS, tumor volume, and the need for bridging therapy.

Additionally, the long-term responders had a higher area under the curve and earlier amplification of T cells, a critical factor in CAR T-cell therapy. We see this often with CD28-based CAR T-cell therapy vectors.

These patients need more bridging therapy [because they] have a worse ECOG PS and tumor volume, reflecting a bigger and more aggressive disease. However, this also reflects the degree of immunosuppression because we see less amplification in patients who have these poor prognostic features. These similar characteristics and prognostic factors [provide us with] the opportunity to try to overcome resistance in the early relapsed population.

How could these findings affect future practice and treatment decisions?

Although we saw no real impact from the number of prior therapies between the 2 cohorts, T-cell fitness matters. If you start a patient with relapsed/refractory MCL on a BTK inhibitor, this research is important [when considering] what to do next, because once patients fail BTK inhibitors, [their disease] usually behaves more aggressively. Referring patients [to CAR T-cell therapy] early will improve T-cell fitness, and patients will likely have less disease and potentially less immunosuppression related to lymphoma.

[This research also] provides [additional treatment] opportunities. At ASH, we saw expansions of CAR T-cell data. We’re starting to see molecular markers, biomarkers, predictive profiling, and inflammation at baseline. What matters in large-cell lymphoma, but which is likely applicable across the board, including in MCL, is week 1 amplification of CAR T-cell therapy and cell-free DNA at 4 weeks. In the future, that predictive score could help us intervene early.

What other important MCL data came out of ASH?

Every year at ASH is energizing because we see many novel options and developments in the field. At ASH this year, we touched on all the phases of treatment in MCL.

The [phase 3] TRIANGLE trial [(NCT02858258) generated] high expectations. [It investigated] R-CHOP [rituximab (Rituxan), cyclophosphamide, doxorubicin, vincristine, and prednisone]/R-DHAP [rituximab, dexamethasone, cytarabine, and cisplatin] followed by transplant and [rituximab] maintenance with or without ibrutinib [and included] 1 arm without transplant. Interestingly, [in the ibrutinib combination arms], the transplant didn’t bring an additional benefit. Both the ibrutinib arms had better outcomes than [those with standard] R-CHOP/R-DHAP and maintenance.

That trial was designed [in 2016], when maintenance was not yet the standard of care in younger patients. It had initially been established in older patients with R-CHOP and FCR [fludarabine, cyclophosphamide, and rituximab] in European trials. [In TRIANGLE, maintenance] was added, and the arms were balanced, with 67% of the patients having maintenance. [Rituximab did not affect] the ibrutinib benefit.

Regarding toxicity, the addition of ibrutinib was feasible, and there was no clear evidence of a benefit from transplant, although we need longer follow-up. Additionally, data showed no effect on TP53 mutations. We need to see data from the other high-risk features and minimal residual disease [MRD] to see if ibrutinib gives a higher and deeper response that could extend the [regimen’s] benefit.

In elderly patients, the [phase 3] SHINE trial [NCT01776840] has also shown a PFS benefit, and [other data presented at ASH] comparing VR-CAP [rituximab, cyclophosphamide, doxorubicin, and prednisone with bortezomib (Velcade)] and R-CHOP suggested that bendamustine plus rituximab [BR] plus ibrutinib is beneficial. [Although these are not randomized data, they show better results] than the standard regimen in elderly patients.

The [phase 2] ECOG-E1411 trial [NCT01415752] investigated BR plus or minus bortezomib followed by maintenance rituximab vs [lenalidomide (Revlimid) plus rituximab] and showed that lenalidomide did not bring a benefit compared with rituximab.

Other regimens are looking at maintenance as well. The fact that maintenance is beneficial shows that we don’t achieve a deeper response early enough in MCL. In the future, [we want to achieve] early CR and MRD negativity in MCL.

In the relapsed setting, we also talked about CAR T cells. An abstract looking at tisagenlecleucel [tisa-cel; Kymriah] plus ibrutinib [at least] 7 days before [leukapheresis] and 6 months after [tisa-cel infusion] showed high CR rates.

Bispecific antibodies were the big news [at the 2021 ASH Annual Meeting, and they still had] important momentum this year. We saw high CR rates [with bispecific antibodies] in relapsed/refractory MCL, with durable responses. We need longer follow-up to see if we can cure some patients. There are still some toxicities with [bispecific antibodies], and the median duration of CR with glofitamab [RG6026; RO7082859] was only 10 months. We need to learn more.

Lastly, acalabrutinib-lenalidomide-rituximab or venetoclax [Venclexta]-based triplets showed CR rates of over 90%, 80% plus MRD negativity. That will have an effect, particularly in elderly patients and those with high-risk molecular features.

What does the future look like for large cell lymphoma treatment?

In diffuse large cell lymphoma, we need to do better than R-CHOP. CAR T-cell therapy is doing well in the relapsed/refractory setting, but we want to better understand the 30% or 40% of patients who fail R-CHOP, 80% of [whom have early failure].

Genomics data presented at ASH looked at new somatic molecular profiling of patient subsets, because this is a complex disease with great variety. These data also looked at the microenvironment at a cellular level in terms of cell subtype, immunological profiling, and spatial distribution. [A better understanding of] the tissue microenvironment will add to lymphoma diversification.

Data from the combination of bispecific antibodies and chemoimmunotherapy, both in large cell and follicular lymphomas in the frontline and relapsed settings, continue to expand the field, and many other new and next-generation cell therapies have promising data. This is an exciting time for us and our patients.