For Dawn Hershman, MD, MS, research and medicine are art forms that she uses to uplift and inspire every day. 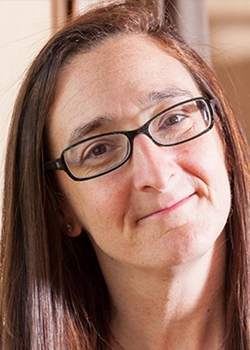 At the start of her career, Dawn Hershman, MD, MS, treated a patient experiencing severe adverse events and barriers to care. The patient’s white blood cell counts were slow to recover, leading to treatment delays for her chemotherapy regimen of cyclophosphamide, methotrexate, and fluorouracil.

“As a fellow, I thought that this must be having an effect on her risk of recurrence. It got me to write my first grant....She happened to be African American, [which] made me look at treatment pattern differences between African American and White women. I got that first grant, and it actually led to numerous papers and subsequent grants,” said Hershman, director of Breast Oncology and coleader of the Cancer Population Science Program at the Herbert Irving Comprehensive Cancer Center at Columbia University.

The American Cancer Society issued the 2-year, $50,000 grant in 2001. Hershman used the funding to explore racial differences in white blood cell and platelet counts in women with breast cancer.

Hershman still treats that patient who inspired the grant, and every time she comes into the clinic, she tells Hershman that she is like family. “It’s that feeling that drives us to keep doing what we’re doing,” she said.

That initial paper was followed by more than 400 more peer-reviewed journal articles by Hershman—many of which focus on bettering the quality of life of those with cancer, improving cancer care delivery, and reducing health care disparities. As a pioneer in adverse effect management, Hershman has worked to help mitigate the symptoms that come with cancer treatment and can lead to early drug discontinuation. In doing so, she helps keep patients on the drugs they need to prolong their survival.

One multicenter, randomized clinical trial that Hershman is particularly proud of was titled, “Effect of Acupuncture vs Sham Acupuncture or Waitlist Control on Joint Pain Related to Aromatase Inhibitors Among Women With Early-Stage Breast Cancer,” which showed that acupuncture significantly improved pain scores from baseline to 6 weeks.

Even before the results of that study were published, Hershman had already begun making strides in the field. In 2010, she was awarded the American Society of Clinical Oncology Advanced Clinical Research Award in Breast Cancer and also the Avon Foundation Advanced Medical Achievement Award.

A decade later, Hershman remains just as passionate about improving cancer outcomes. She still wakes up around 5 am most days and heads into her office, where she enjoys quiet time reviewing patient documents or working on research grants before the hectic workday begins.

With a keen understanding of the importance of collaboration to drive cancer research, Hershman also acts as a scholar or researcher for breast cancer organizations like the Susan G. Komen Foundation, American Cancer Society, and Breast Cancer Research Foundation.

A Love Affair With Research

Although Hershman’s research in breast cancer and supportive care is well known and in many respects groundbreaking, she was not always a leader in the field. She didn’t even think about going to medical school until her senior year of college.

“I didn’t know what I wanted to do. I was fairly lost,” she said.

She was pursuing a psychology degree at UCLA when she took a job as a research assistant for her psychobiology professor. It was there she fell in love with research and medicine.

“It just takes one person to have confidence in you, even if you don’t have the confidence in yourself,” Hershman said, noting that she was unsure if she would be cut out for medical school and the grueling career as a doctor that followed. However, the oncologist-to-be was not a stranger to hard work. She had worked since the age of 14 in a variety of jobs, from waitressing to selling candy in a chocolate shop.

“I slowly took all my premed classes at night and worked as a study coordinator during the day and thought, ‘Well, let me just see how [I] do’—and slowly tried to build up enough confidence to think that I could do it. Nobody in my family was a physician, and it was really quite foreign to me,” she said, noting that she grew up as the daughter of a famous modern artist and filmmaker, Lynn Hershman Leeson.

“One of the really inspiring things about my mother is that she became very successful as a woman in art. That’s really challenging. And she became successful in her 60s, 70s, and now in her 80s, she’s having retrospectives and major shows throughout the world,” Hershman said. “It’s a sign that you have to persist. If there’s something you feel passionate about, you have to persevere, even if the world around you hasn’t caught up yet.”

And persevere she did. A pioneer in her family, Hershman attended the Albert Einstein College of Medicine in New York, New York, and graduated in 1994. She completed a residency in internal medicine and a fellowship in oncology at Columbia University Irving Medical Center, where she also served as chief resident. At the same time, she was pursuing a master’s degree in biostatistics at Columbia Mailman School of Public Health.

Like her mother being successful in the male-driven field of art, Hershman did the same in medicine. She started her career in cardiology and soon moved over to hematology and oncology.

“Because of all my experiences, working different jobs and living in different kinds of environments—and maybe a not-so-traditional upbringing—I [feel like I could relate to all different types of people,” Hershman said. “And with those connections, I built up my confidence. And my husband definitely helped build my confidence as well because everybody needs a cheerleader.”

Now, Hershman hopes to be a cheerleader to other young researchers and instill in them the same confidence that others gave her.

“We didn’t even think, ‘Oh look, we’re both women.’ It just felt normal, and that’s what it should be like,” said Melissa K. Accordino, MD, who has been one of Hershman’s protégés since 2012.

Not only is Hershman a tenured professor of medicine and epidemiology at Columbia University Vagelos College of Physicians and Surgeons, but she also leads the SWOG Cancer Research Network National Cancer Institute Community Oncology Research Program (NCORP) Research Base. She has also served as a research advisor and primary career development mentor for dozens of up-and-coming clinicians and public health professionals.

“I’m at a really good place in my career because I have the freedom to be able to always work on new and different research projects and [to] work with new investigators and junior faculty,” Hershman said. “I’m able to spend more time mentoring and supporting junior investigators to conduct large, impactful trials. Mentorship and leadership [are] my focus going forward.”

Accordino, now an assistant professor of medicine at Columbia University Irving Medical Center, says that without Hershman’s guidance, she likely would not have a career in academic medicine. Hershman gave Accordino the confidence to explore her interests and conduct research accordingly while also believing in her throughout her fellowship and “going to bat” for her in both personal and professional situations. For example, in 2014, Accordino went into preterm labor with twins around 4 am the day she was supposed to give a presentation. While others expressed concerned about Accordino missing the presentation, Hershman stood up for Accordino and told her that she had more important things to worry about.

“Those kinds of things, like when your kid gets sick and you might have to cancel a very busy day seeing patients, [Hershman] gets that,” Accordino said. “She understands that life happens and that we’re people. The job is a big part of what we do, but not everything.”

Accordino notes that Hershman treats her patients the same way. Yes, they are patients with cancer, but they are also people—with families, friends, hobbies, careers, and passions. Hershman encouraged Accordino to keep this in mind, and Accordino says she’s a better clinician because of it.

“I recently had a patient who just came back from a 3-week trip in Nicaragua, and she was showing me pictures for [about] 10 minutes, telling me all the stories from her trip. Afterward, I had to tell her that she had to take 2 medications that both have [adverse] effects that are not so great. She said, ‘OK, I trust you. Whatever you say,’” said Accordino, noting that taking the time to get to know her patient and caring about her personal life built a foundation of trust.

“You learn a lot more when patients trust you,” Accordino added. “They’ll tell you things that they might not have told you otherwise.”

Hershman talks to patients about topics that might usually go undiscussed between patient and provider, and those discussions drive her research, which continues to make life better for cancer survivors and their families.

“She really cares about making this a better place for everyone, including the patients. [She discusses] things that people don’t think about or talk about—uncomfortable things, like how much is this [treatment] going to cost? Is it going to bankrupt someone? What is their financial situation, and how is that stress going to lead into their life?” Accordino said.

In addition to mentoring and guiding the next generation of clinicians, Hershman has also raised 2 children, Eli and Noa, who are now in their 20s. She said that neither of them wants to go into medicine like their mother or into the arts like their father and grandmother—and that’s OK with her.

Working in the medical field is not the only thing that Hershman loves to do. Shortly before the start of the COVID-19 pandemic, the self-proclaimed “city creature” and her husband purchased a home in upstate New York, where she picked up gardening and admittedly was impressed by the tomatoes, roses, and other flowers that she grew in her garden.

She also enjoys spinning and watching movies with her husband, Richard Hankin, an Emmy Award–winning documentarian who has contributed to projects on topics ranging from dogs to cults to ballet to the life of criminals. “It keeps life interesting,” Hershman said.

Although some may wonder how Hershman chose a career in the hard sciences, as the daughter of an artist and wife of a filmmaker, the choice makes perfect sense to her.

“I’m so linear compared with the other people in my life. My family is much more artistic, but in the sciences, it’s actually all about creativity and trying to think of a novel way to solve a problem,” Hershman said.

And that is what Hershman wants her legacy to be: leading from the front and inspiring others so that they, too, can leave their mark.

“If you can encourage all the people around you to be productive and creative, then I think you can contribute so much to the world,” she said. 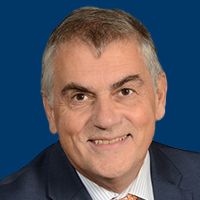