The Canada Foundation for Innovation has awarded C$5,187,685 to the Canadian Cancer Trials Group at Queen’s University in Kingston, Ontario, Canada, to fund the infrastructure for a new research platform to coordinate the development of new cancer cell therapies. 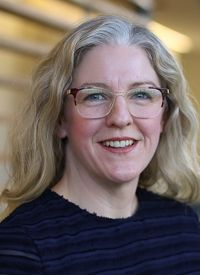 The Canada Foundation for Innovation (CFI) has awarded C$5,187,685 to the Canadian Cancer Trials Group (CCTG) at Queen’s University in Kingston, Ontario, Canada, to fund the infrastructure for a new research platform to coordinate the development of new cancer cell therapies. ExCELLirate Canada will develop a comprehensive, collaborative platform to speed the research and development of new therapies within Canada.1

The collaboration brings together hubs of expertise already present in Canada, and expands upon that with additional research infrastructure, said Annette Hay, MD, project co-lead and senior Investigator at the Canadian Cancer Trials Group. “The ExCELLirate Canada National Platform represents a diverse community, passionate about seeing cell therapy reach its full potential for the patients who may benefit,” she said in an interview.

Once the infrastructure has been developed, the platform will provide a seamless and coordinated approach to all aspects required for cell therapy research from discovery to manufacturing to clinical trial testing to supply chain to informing policy. Academic collaborators across Canada have been working to create a hub of expertise for designing and conducting high-quality, multicenter clinical trials, Hay said.

The hope for this new research infrastructure, she said, is to accelerate these discoveries and identify more cost-effective approaches to make cell therapies more widely accessible to patients.

“We have seen some fantastic successes for people where nothing else has worked, where people have gone into a sustained remission with CAR T-cell therapy. We all see the huge hope,” Hay said, “Sadly, I have more stories of the people who didn’t make it, the people for who either it took too long to manufacture the cells and they did not survive that period due to complications or there simply wasn’t capacity for them to be treated nearby geographically.”

The collaborative has several goals. One is to test manufacturing systems and create standards for cell therapy products. It will characterize the biology and effectiveness of these therapies, and it will create an economic framework to inform decisions of health policy makers.

One such project is being conducted by Jonathan Bramson, PhD, professor of pathology and molecular medicine and director of the Fraunhofer Project Centre for Biomedical Engineering and Advanced Manufacturing at McMaster University in Hamilton, Ontario. He discovered a novel tool for directing T cells to attack tumors known as a tri-functional T cell-antigen coupler (Tri-TAC), which is a different mechanism from chimeric antigen receptor (CAR) T cells.

“This is similar to CAR T but the difference is it uses the endogenous T cell receptor to do so,” Hay said. “It is hypothesized that this technology will be safer than CAR T with reduced toxicity but just as efficacious. This is one of discoveries by the Canadian research community that will be tested on this ExCELLirate Canada Platform.”

Another collaborative project is being conducted by the BioCanRx team. Viral vector manufacturing is led by Robert Holt, PhD, a scientist at the British Columbia Cancer Research Institute in Vancouver and John Bell, PhD, Ottawa Health Research Institute. Brad Nelson, PhD, professor of medical genetics at the University of British Columbia and a Professor of Biochemistry/Microbiology at the University of Victoria is using the CliniMACS Prodigy system for cell manufacturing. The resulting CLIC-1901 (NCT03765177), clinical trial for patients with relapsed/refractory CD19+ hematologic malignancies is co-led by Natasha Kekre, MD, associate scientist, Clinical Epidemiology Program, at Ottawa Hospital Research Institute, and Kevin Hay, MD, clinician scientist at the Terry Fox Laboratory and Leukemia/Bone Marrow Transplant Program of British Columbia in Vancouver.

The Canadian Cancer Trials Group at Queens University will be the hub for clinical trials for the ExCELLirate Canada platform, Hay said. The group is supported by a wide network of participating sites and investigators with 85 member sites across Canada, and investigators and collaborations in 40 countries.

Health economics, value stream mapping, and supply chain analysis will be another important component of the platform, Hay said. “We want to understand the value of each approach, the cost effectiveness of each therapy, and identify what model may be most appropriate,” she said. “Current centralized manufacturing for CAR T-cells offers efficiencies in staffing and standardization, but risk of supply chain failure, including delays and costs associated with product transport, require consideration. Point of care manufacturing using closed systems such as the CliniMACS Prodigy or Lonza Cocoon could enable patients to be treated faster and closer to their homes.”

ExCELLirate Canada team members including David Szwajcer, MD, medical director, Cellular Therapy Laboratory at CancerCare Manitoba, and Matthew Cheung, MD, assistant professor in the Department of Medicine at the University of Toronto and a clinical investigator at Odette Cancer Centre/Sunnybrook Health Sciences Centre, will study a distributed regional manufacturing model to determine the optimal number of centers in Canada.

The platform plans to provide evidence to the Canadian Agency for Drugs and Technologies in Health (CADTH), the independent organization that evaluates new drugs and technologies for funding approval after a therapy is approved by FDA’s equivalent, Health Canada.

Hay said the initiative will make available to other investigators and other collaborations, including industry, resources for researching cell therapies. “We will be sharing standard operating procedures and clinical trial protocols. Some of this is still in development. There will be a lot of conversation ongoing. This is designed to be collaborative, and it will only be strengthened by everyone’s expertise and resources,” she said.