The cancer mortality rate declined more in states that expanded Medicaid coverage than those that didn’t following the passage of the Affordable Care Act of 2010, a study found. 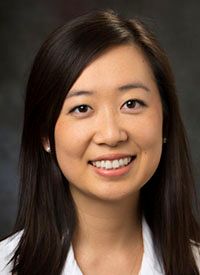 The cancer mortality rate declined more in states that expanded Medicaid coverage than those that didn’t follow the passage of the Affordable Care Act (ACA) of 2010, a study found.

The study was the first to show a directly measured cancer survival benefit from the ACA on a national scale using a comprehensive database, its authors reported. In the period from 1999-2017, they found that mortality rates declined from baseline by 29% in states that expanded Medicaid versus 25% in those that did not.

The data were presented during a press cast in advance of the 2020 American Society of Clinical Oncology (ASCO) Meeting, set for May 29-31. Researchers will present their findings during the meeting’s virtual scientific program.

"This is the first study to show the benefit of Medicaid expansion on cancer death rates on a national scale," said Anna Lee, MD, MPH, the study's lead author and a radiation oncology fellow at Memorial Sloan Kettering Cancer Center in New York. "We now have evidence that Medicaid expansion has saved the lives of many people with cancer across the United States."

The researchers gathered data from the National Center for Health Statistics, which records all U.S. deaths from cancer. After establishing baseline trends from 1999 to 2017, they compared age-adjusted rates between 2011 and 2013, prior to full state expansion, with rates from 2015 to 2017, the period following expansion, for states that adopted Medicaid expansion and those that did not. During the time period analyzed, 27 states plus the District of Columbia had adopted Medicaid expansion, while 23 states had not. In all, the expansions provided health insurance for 20 million people who did not have it previously.

The study included people under age 65, as those older are eligible for Medicare. About 30% of all cancer deaths occur in patients under age 65. In states that expanded Medicaid, the 29% decline brought the cancer death rate from a baseline 65.1 to 46.3 per 100,000 individuals between 1999 and 2017 (P < .001), while the 25% drop in states that did not expand brought the rate from 69.5 to 52.3 per 100,000 (P < .001) in the same period. When considering the rate changes that occurred after expansion became an option in 2014, Lee offered an example: The states that broadened Medicaid coverage saw a combined 785 fewer cancer deaths in 2017. She and her fellow researchers projected that an additional 589 cancer deaths would have been prevented that year if the states that didn't expand Medicaid had done so.

The researchers also evaluated changes in subgroups of the population after the passage of the ACA. While the cancer mortality rate improved substantially for black patients during the study period, no additional improvement was seen for this group in states that expanded Medicaid. However, overall, age-adjusted cancer mortality was consistently worse for black patients in states without expansion than in states with expansion (58.5 versus 63.4 per 100,000 for the expansion and non-expansion states, respectively).

Hispanic patients, on the other hand, had marked drops in cancer mortality in expansion versus non-expansion states, although researchers noted significant variation in these numbers from year to year.

"There is a greater Hispanic population in states that have adopted Medicaid expansion, and they have almost three times the un-insurance rate as white adults," said study senior author Fumiko Chino, MD, a radiation oncologist at MSK. "Our research shows that Hispanic patients with cancer may have benefited the most because they had the most to gain."

For the study analysis, the researchers used difference in differences, a statistical technique. They assessed the change within each group from baseline and then compared the change between the two groups. The method was employed to mitigate the effects of population differences and other geographical differences in access to health care.

Comparing the mortality changes before and after ACA expansion, the difference in differences was -1.1 and -0.6 per 100,000 for expansion and non-expansion states, respectively (P = .38).

"We compared the change in mortality before and after the ACA and saw a greater change in expanded states," Lee said. "There was an overall difference of -0.5 per 100,000 people, which is the potential true benefit of Medicaid expansion on a population level." The cancer mortality benefit in Hispanic patients was -2.1 per 100,000 people (P = .07), she added.

"For a policy to have an impact in such a short amount of years shows that it’s pretty impactful," she said.

As new annual data becomes available through the National Center for Health Statistics, the researchers plan to add to their analysis. In addition, Lee said that future studies are needed "on how national programs and policies can continue to improve access to care and decrease health disparities." 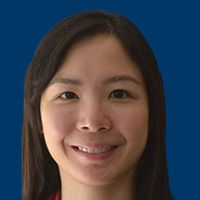