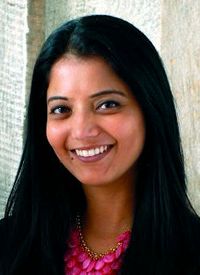 “The biggest challenge we have with this therapy is slot limitation,” said Madduri, an assistant professor at Mount Sinai Hospital.

Results from the multicenter phase I CRB-401 study evaluating the anti-BCMA CAR T-cell therapy bb2121 in heavily pretreated patients with relapsed/refractory patients showed positive progression-free survival (PFS) results. The median PFS was 11.8 months and the median duration of response was 10.8 months, according to updated data presented at the 2018 ASCO Annual Meeting.1

Moreover, the objective response rate was 95.5% and the complete response (CR) rate or stringent CR rate was 50%. The agent also appeared to be well tolerated.

In a landscape currently comprising monoclonal antibodies, proteasome inhibitors, and immunomodulatory (IMiD) agents, CAR T-cell therapy could provide yet another option to the growing armamentarium.

What are your strategies for elderly or frail relapsed/refractory patients?

In an interview with OncLive®, Madduri discussed the role of CAR T-cell therapy and other novel treatment options for patients with relapsed/refractory multiple myeloma.Madduri: Generally, triplet therapies have taken the front seat over dual combination therapies in this setting. We tend to use an IMiD agent, a proteasome inhibitor, and a steroid along with it. Recently, with the introduction of monoclonal antibodies, we are using quadruplet regimens in some cases. We can actually do lenalidomide (Revlimid), bortezomib (Velcade), and dexamethasone (VRD), plus daratumumab (Darzalex). These are in clinical trials right now.For this subset, before the first trial established lenalidomide and dexamethasone (Rd) as frontline treatment for patients ineligible for stem cell transplant, the SWOG S0777 findings established the idea that you could use a triplet therapy. They actually tend to do better with this regimen. This trial tested VRd against Rd. It included patients who were transplant ineligible, which helped. It showed the OS and PFS was better for the triplet than the doublet.

How does the role of CAR T-cell therapy fit into all of this?

A better strategy, we found out, is using VRD “light,” which uses the same combination but at a lower dose. In this trial, they gave bortezomib once weekly instead of twice weekly, and it was a 35-day cycle instead of the regular 28-day cycle. Patients also received 15 mg of lenalidomide versus 25 mg.This is something we do quite often in our clinic. We have been involved from the very beginning. In terms of CAR T cells, they are showing very promising data. I know the data were recently presented at the 2017 ASH Annual Meeting and the 2018 ASCO Annual Meeting, and these data showed that all populations of patients have over an 11-month PFS. With MRD negativity, PFS was prolonged to 17.7 months.

What are the other promising agents in this field?

What is the biggest unmet need in multiple myeloma?

The biggest challenge we have with this type of therapy is the slot limitation. There are a lot of patients who want CAR T cells, but it's a matter of getting them slots and making sure the patient is eligible. Patients must have been previously treated with a proteasome inhibitor, lenalidomide, and a CD38-targeted monoclonal antibody. They must have good hematologic counts, and they have to be relapsed and refractory at the same time. There are a lot of factors that come into play here. Then when these patients do qualify, the question becomes, "Do we even have a slot available for them?"We have tried nivolumab (Opdivo) and ipilimumab (Yervoy). However, nivolumab as a single agent hasn't shown much activity. There have also been trials with pembrolizumab (Keytruda) and lenalidomide, but 1 trial was put on hold due to increased deaths with the checkpoint inhibitors. Currently, the FDA is lifting the hold. [The agency] is requiring that with the continuation of these trials, there needs to be a control arm without an immunotherapy agent.It definitely has to do with the introduction of novel agents. There has been a lot more than back when I was first starting [in my career]; there was only lenalidomide and bortezomib. Now, we have monoclonal antibodies, checkpoint inhibitors, and CAR T cells. There are a lot more agents. However, with all these available therapies, we don't have enough data to decide which ones are best. It's unclear right now. Everything looks promising, but we need more time and more data.

The most exciting thing is that these trials are ongoing. Mainly, we're trying to move CAR T cells into an earlier setting. There will soon be trials comparing CAR T-cell therapy head-to-head with stem cell transplant.

Another topic I touched on was MRD negativity and how this helps in our clinical practice. Right now, the data [suggest] that MRD-negative patients [have better outcomes] than those who are in complete response but are MRD-positive. We need more data, though, to decide what this really means.