Nina Shah, MD, discusses immunotherapy and cellular treatments moving fast through the multiple myeloma pipeline, and the hope for CAR T-cell therapy to move up to earlier lines of treatment. 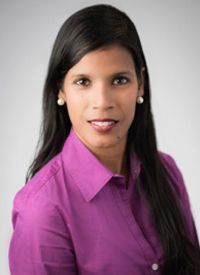 In the study, the BCMA-directed CAR T-cell therapy bb2121 induced complete remissions for 56% of patients with relapsed/refractory multiple myeloma. Additionally, there was a 94% objective response rate, which consisted of a very good partial response or better for 89% of patients. After 40 weeks of follow-up, the median progression-free survival (PFS) had not yet been reached, and the 9-month PFS rate was 71%. Regarding safety, the treatment was generally well tolerated.

“It is a really exciting time in immunotherapy and an exciting time in myeloma,” said Nina Shah, MD. “We're really hoping that clinical trials will help us to understand where to position these drugs and also if we can do it earlier.”

OncLive: You lectured on immunotherapy and novel agents for refractory myeloma. What developments have we been seeing?

Shah, associate professor of medicine, University of California, San Francisco (UCSF) Helen Diller Family Comprehensive Cancer, discussed immunotherapy and cellular treatments moving fast through the multiple myeloma pipeline, and the hope for CAR T-cell therapy to eventually move up to earlier lines of treatment in an interview during the 2017 OncLive® State of the Science SummitTM on Hematologic Malignancies.Shah: This is a really exciting field because there are multiple areas where there have been a lot of developments. We talked about the major categories of immunotherapy, including antibody therapy, cellular therapy, and some of the novel twists on antibodies, including antibody-drug conjugates, as well as bispecific antibodies. We talked about the updated elotuzumab (Empliciti) data, as well as that of daratumumab (Darzalex). Both of these have held onto their PFS benefit that they showed in the initial studies. That is exciting because a lot of patients are able to get these therapies sooner in their relapse course and for longer.

We also discussed cellular therapies and there are different categories. There are T-cell receptor (TCR) therapies, such as NY-ESO-1, and there are several clinical trials for this, one of which we are going to be participating in at UCSF. In addition, we talked about the exciting data with CAR T cells. This is exciting because it was just updated at the 2017 ASH Annual Meeting, and the response rates were shown to be 94% in those who were evaluable. Nine out of 10 patients had minimal residual disease (MRD) negativity and we're all very excited that patients with a median 7 lines of treatment could actually get to MRD negativity. We’re looking forward to opening several of those types of clinical trials.

In addition, we talked about how we could improve on CAR T cells. We have known that persistence matters and intercellular signaling probably matters, but how do we get over the resistance of CAR T-cell therapies? There are some novel ways scientists everywhere, including at UCSF, are looking at trying to keep the CAR T activated and keep them persistent. This is so they could potentially turn them on and off so they can be effective but not toxic.

2017 was an interesting year for checkpoint inhibitors in myeloma. Can you comment on the clinical trial holds?

We talked about antibody-drug treatments. This includes antibody-drug conjugates, where a toxic drug is linked to an antibody so that the antibody delivers it specifically to the myeloma cell. We also discussed bispecific therapies; these are when antibodies are specific to myeloma cells, but they also have another part that is specific to a T cell. It brings the patients’ own T cells together with the antibody against the myeloma cell with hopes of killing the myeloma cell directly and having some T-cell membrane. That is one of the goals of that therapy. A lot of us were very disappointed that the pembrolizumab (Keytruda) trials were halted in the initial phase II trials; there were 60% or 70% response rates, which is very hard to do in patients with myeloma. We know that checkpoint inhibitors probably need another drug to work. It is hard to have the single-agent activity and, therefore, it was just disappointing that we couldn’t pursue the phase III trial with immunomodulatory agents.

What other exciting data of CAR T-cell therapy in myeloma did we see at the 2017 ASH Annual Meeting?

However, I don’t think it’s over for checkpoint inhibitors because we know that patients with myeloma have exhausted immune cells and we know that myeloma cells express PD-L1, so it’s a good target disease to look at. We have to figure out the right combinations. One of the combinations that are going to be happening is pairing these checkpoint inhibitors with other immunotherapies, such as antibodies. NY-ESO-1 TCR therapy is going to have an arm that has pembrolizumab in it. We'll be seeing a T-cell therapy that is ex vivo activated paired with an immune checkpoint inhibitor, which may make those T cells work better. Researchers from the University of Pennsylvania are still doing their dose-escalation study [with CAR T-cell therapy] they had a 49% response rate. They’re still figuring out which chemotherapy they’re going to use and which dose of cells.

Looking forward, is CAR T-cell therapy something that you envision administering in newly diagnosed patients or heavily pretreated?

A group from China showed the infusion of 2 different types of CAR T cells. One is against CD19 and a couple of days later they receive the BCMA-targeted CAR T cells. They showed that this was safe enough, although it was a small trial of 10 patients, so we don’t have very extensive data on the outcome. I really hope that we can get CAR T cells to move sooner if, in fact, these data that we're seeing hold up to be true for a long time. The way we have treated myeloma upfront we now have patients living for many years. It’s hard to be beat that.

What advice do you have for community oncologists looking to enroll patients on a CAR T-cell therapy trial?

Before we are able to move it upfront, we have to prove that it works. We are proposing to use this upfront in high-risk patients. These are patients with plasma cell leukemia or 17p deletion who we know have very short PFS even after autologous stem cell transplant. If we can prove that we can extend the lives of these people or the disease-free time for these very high-risk patients, we start to believe that CAR T cells could come sooner in lines of therapy, not when we’re having 7 lines of treatment and refractory disease. Many community physicians have reached out to us to try to get patients enrolled in these trials. That is because the community physicians are so well read on these topics and the patients are becoming very educated on these topics. I rely on all of our doctors in the community to send us patients.

It is hard because there aren’t many slots initially [for trial enrollment], but we're really hoping more clinical trials will give this opportunity to patients wherever they are from—even if they are not from the local area. I encourage everyone to give us a “buzz”; we take calls directly and we will try to get your patient in and evaluated as soon as we possibly can.