Cediranib plus olaparib did not lead to a statistically significant improvement in progression-free survival compared with platinum-based chemotherapy in patients with platinum-sensitive relapsed ovarian cancer. 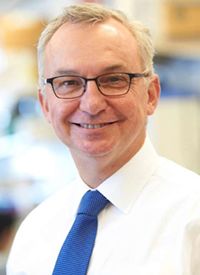 The combination of cediranib and olaparib (Lynparza) did not lead to a statistically significant improvement in progression-free survival (PFS) compared with platinum-based chemotherapy in patients with platinum-sensitive relapsed ovarian cancer, according to findings from the phase III GY004 trial announced by AstraZeneca and Merck (MSD).1

The companies also reported in a press release that no major new safety signals emerged with the combination, and that the full data from the GY004 trial will be shared at an upcoming medical meeting.

"Despite these disappointing results, we remain committed to expanding on the benefits already demonstrated with LYNPARZA for patients with advanced ovarian cancer. We will work closely with NRG Oncology and the NCI to review the full results to inform our ongoing research,” Jose Baselga, MD, PhD, executive vice president, oncology R&D, AstraZeneca, said in the press release.

The open-label multicenter phase III GY004 study accrued patients with recurrent platinum-sensitive ovarian, fallopian tube, or primary peritoneal cancer, regardless of BRCA mutation status. Patients were randomized to olaparib plus cediranib, olaparib alone, or standard platinum-based chemotherapy. According to AstraZeneca and Merck, “The study had a hierarchical statistical testing scheme which precluded formally testing Lynparza versus chemotherapy based on the results of the cediranib and Lynparza arm.”

Phase II data presented at the 2019 ESMO Congress showed that the combination of cediranib and olaparib improved PFS in patients with platinum-resistant ovarian cancer (PROC), but the difference from chemotherapy did not achieve statistical significance.

Continuous treatment with the VEGF inhibitor cediranib and the PARP inhibitor olaparib led to a median PFS of 5.7 months as compared with 3.1 months with weekly paclitaxel. The difference represented a 24% decrease in the hazard for disease progression or death but did not significantly distinguish itself from paclitaxel (HR, 0.76; 90% CI, 0.49-1.17; P = .29). The combination appeared even more active in patients with germline (g) BRCA wild-type tumors, resulting in a 37% reduction in the hazard ratio versus paclitaxel. Intermittent therapy with the combination led to a median PFS of 3.8 months.

The trial included 123 patients, randomized 1:1:1 to the 3 treatment arms. The groups were balanced with respect to distribution of baseline characteristics. Data were stratified by BRCA status (89% wild-type or unknown), prior antiangiogenic therapy (53%), and prior lines of chemotherapy (3 or more, 59% ).

Twelve patients allocated to paclitaxel withdrew from the study following randomization, leaving 29 for data analysis. Subsequently, 95% to 100% of patients in all 3 groups dropped out, primarily because of disease progression (80%-90%). Three patients in the paclitaxel group withdrew because of adverse events, as did 3 in the continuous-therapy arm and 1 in the intermittent arm.

A subgroup analysis of PFS showed that continuous treatment with the combination was particularly active in patients with no more than 2 prior lines of chemotherapy (HR, 0.47) and those with no prior antiangiogenic therapy (HR, 0.58), as well as the patients with gBRCA wild-type or unknown status (HR, 0.63).

The proportion of patients with progressive disease as best response was 45.8% in the paclitaxel group, 15.4% with the continuous combination arm, and 37.1% with the intermittent combination arm.