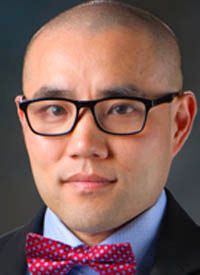 The company reported that its investigational ROR1-targeted monoclonal antibody cirmtuzumab combined with ibrutinib, induced complete responses (CRs) in 6 of 12 evaluable patients. At the interim analysis, all 6 CRs were ongoing.

One patient had a CR lasting over 21 months. Responses were achieved early, with 4 of 6 patients achieving a CR within 4 months of initiating the combination.

"The reported complete response rate for patients with MCL treated with cirmtuzumab and ibrutinib is highly encouraging and is higher than previously reported for ibrutinib alone, particularly considering that some of these patients were heavily pretreated. Patients with relapsed MCL remain in dire need of well-tolerated treatment options that provide deeper and more durable responses," CIRLL study investigator Hun Ju Lee, MD, associate professor of Medicine in the Department of Lymphoma & Myeloma at the University of Texas MD Anderson Cancer Center, said in a press release.

Results from dose-finding cohorts determined that the recommended dosing regimen of cirmtuzumab for patients with either MCL or CLL was 600 mg administered intravenously every 2 weeks for 3 doses, followed by dosing every 4 weeks. The recommended doses of ibrutinib follow the FDA-approved doses for the respective indications: 560 mg once daily in MCL and 420 mg once daily in CLL.

Oncternal reported in the press release that the cirmtuzumab plus ibrutinib regimen has been well tolerated in the CIRLL trial. The adverse events observed with the combination have been similar to those previously reported for single-agent ibrutinib. Furthermore, cirmtuzumab was not associated with any serious adverse events, dose-limiting toxicities or discontinuations.

"We are encouraged by the complete response rate for patients with MCL reported in the ongoing CIRLL clinical trial, and look forward to further developing cirmtuzumab in the ongoing clinical trials for patients with MCL, CLL and breast cancer, as well as potentially for other ROR1-expressing solid tumors and hematological malignancies," James Breitmeyer, MD, PhD, Oncternal’s president and CEO, said in the press release.

Single-agent ibrutinib was granted an accelerated approval by the FDA in November 2013 for the treatment of patients with mantle cell lymphoma (MCL) who have received at least 1 prior therapy.