The research will test how 8-chloro-adenosine functions in patients with refractory/relapsed AML.

The drug — known as 8-chloro-adenosine – is a therapeutic small molecule that has shown potent anti-cancer activity against patient-derived leukemia cells, including leukemia stem cells. It has been well tolerated in animal studies. The Rising Tide Foundation is funding the clinical trial that tests the drug’s safety and efficacy, while the NCI grant will fund correlative studies in genomic profiling and the drug’s mechanism of action in patients.

In 2016, AML is expected to affect more than 20,000 people in the U.S. and result in more than 10,000 deaths. The five-year survival rate for AML is only about 30 percent because the most effective therapies are frequently too toxic for an older patient population afflicted with the disease. The median age of diagnosis for patients is 67.

“At City of Hope, we push the boundaries of science to develop breakthrough therapies for AML and other aggressive cancers,” Rosen said. “AML patients need targeted therapies that are more effective and less toxic than current chemotherapies.”

The research project will evaluate the safety of 8-chloro-adenosine in AML patients. A phase II clinical trial will test the drug’s efficacy in AML patients whose disease has failed to respond to initial chemotherapy. The research will also detail the drug’s mechanism of action, and further characterize the cytotoxic effect of the drug on leukemia stem cells. In addition, researchers will conduct genomic profiling of AML cells to generate gene expression signatures that may help identify patients who may particularly benefit from 8-chloro-adenosine treatment.

“We’re hopeful that successful completion of the study will not only extend or save the lives of those enrolled in the initial trial but also set the stage for continued clinical trials,” Rosen added.

About City of Hope

City of Hope is an independent research and treatment center for cancer, diabetes and other life-threatening diseases. Designated as one of only 45 comprehensive cancer centers, the highest recognition bestowed by the National Cancer Institute, City of Hope is also a founding member of the National Comprehensive Cancer Network, with research and treatment protocols that advance care throughout the world. City of Hope is located in Duarte, California, just northeast of Los Angeles, with community clinics throughout Southern California. It is ranked as one of "America's Best Hospitals" in cancer by U.S. News & World Report. Founded in 1913, City of Hope is a pioneer in the fields of bone marrow transplantation, diabetes and numerous breakthrough cancer drugs based on technology developed at the institution. 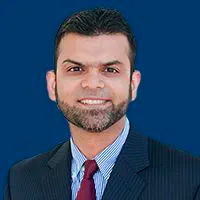