Transcript:Steven A. Toms, MD: In patients who were getting Optune, or the tumor treating fields, there was a lot of worry and some anxiety among the patients and practitioners early on that this would badly interfere with quality of life, because to apply these electrodes to the head, the patient’s head has to be shaved every two or three days. Electrodes have to be reapplied. They have to carry around a battery pack to keep the device going when they’re out and about during the day, and they have to plug in at night. And usually, we want to see the patients wearing their device at least three-quarters of the time—at least 18 hours a day.

So there was the thought there was going to be a lot of interference with patients’ lifestyle. In fact, what I found with my own patients was that they adapted pretty well to it. I’ve seen minimal complaints in my patients about the weight of the device; the current device weighs about six pounds, although there’s a newer device that’s been approved in Europe right now that cuts the weight almost in half—newer battery design these days.

There’s some concern, and we certainly see in the clinical trials, that more men than women are willing to use this device because a lot of men frankly don’t have to shave their hair very much. By the time they’re wearing this, a lot of male patients are already bald. There is the worry about cosmesis with this, but you can wear hats, scarves, wigs over it. As long as it’s not summertime—where you need to ventilate a little bit of heat and you can get very sweaty underneath whatever hat or wig you might be wearing.

Most of our patients did very well, and I’ve even bumped into a few of my patients with the device on in local ice cream shops, in local stores. We had one patient who continued to teach a computer science class, go hiking, and even kayaking with their device—although we advised him to unplug during the time he was on water. Most patients found it was not a big interference with their lifestyle. The most interesting thing we found was that when we had so many patients on the device at one time, a small group from our brain tumor support groups started meeting separately from the Novocure and Optune wearers groups.

The group would trade ideas on how to wear the device—different little hats, wigs, and whatnot to hide the device—and how to get about your day-to-day life. And perhaps most importantly, the patients got reports every month on how much they wore the device—what their on-versus-off-time was. And as we said, we shoot for at least 75% on-time with the device. But we found in our little support group that our people would compete against each other. And the patients who were wearing it 91% and 92% would sort of cajole or tease the patients who were only wearing it 80% or 82% of the time.

That competition probably does make a big impact because there were some data that I’ve seen that suggested that the longer you wear the device, the more commonly you wear it, the better the device does—and that makes intuitive sense. The device is electrical; it’s either on or off. If the device is off when a tumor cell divides, you’ve missed the chance to kill that cell until the next division.

We found the device to be rather empowering in our group. It was one of the few times that a patient did something every day to fight their cancer as opposed to having something done to them. They don’t get to a chemo chair and get plugged in and have poison put in their veins; they’re not sitting there and getting radioed. They’re shaving their heads, they’re putting the device on, and they’re using it every day. And it was a very interesting psychology we had in the group.

Susan C. Pannullo, MD: Patients using the Optune device should be counseled that the data from the studies done on Optune have demonstrated that when the patients utilize the device for 18 or more hours per day, it is most beneficial. Patients are often concerned about using the Optune device 24 hours per day and want to have a break from the device. The ability to disconnect from the device or even remove the arrays for several hours per day is often very helpful in the patient, in terms of continuing their normal activities.

Although upon initial consideration it often seems to the patient that the device may be unreasonably difficult to utilize, in reality, when the patients are using the device, they find that the backpack is a minimal encumbrance and that because they can disconnect from the backpack during a significant portion of their day, it is feasible to utilize the device in the treatment of their tumor.

Because the mechanism of action of the Optune device is through the application of alternating electrical fields, patients often wonder if they’ll feel heat on their head, shaking on their head, or some sort of electrical sensation. But patients do not generally complain of that feeling. In the studies that have been done on the device, what was found to be the most common side effect of using the Optune device was skin irritation. When this occurs, it is managed in concert with the patient’s physician through use of topical agents—rarely systemic agents and modifications in the array application—to allow healing of any skin ulcers or irritations that may occur as a result of using the device. 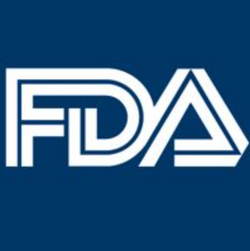