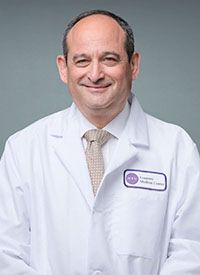 Following intriguing clinical activity with BTK inhibitors alone and in combination, and BCL-2 inhibitors added to CD20-directed agents, standard practice is moving away from chemotherapy and looking ahead to triplet regimens, explained Bruce G. Raphael, MD.

“Chemotherapy is no longer the primary agent of treatment in CLL except in a very small subgroup,” said Raphael. “Our challenge now is to consider single-agent treatments, doublets, or triplets. For patients with CLL, and particularly patients with poor-risk factors, we should be using more than 1 agent.”

Agents including obinutuzumab (Gazyva), rituximab (Rituxan), ibrutinib (Imbruvica), acalabrutinib (Calquence), and venetoclax (Venclexta) have rapidly shifted the field away from using chemotherapy in a number of pivotal studies. Now, the ongoing phase III EA9161 trial (NCT03701282) is evaluating the combination of ibrutinib and obinutuzumab with or without venetoclax in treatment-naïve young patients with CLL.

“How effective these doublet and triplet regimens are has yet to be determined,” said Raphael. “We can show better responses at 1 and 2 years, and we can show that we can stop treatment, but we haven't shown a survival benefit.”

In an interview during the 2020 OncLive® State of the Science Summit™ on Hematologic Malignancies, Raphael, a clinical professor in the Department of Medicine at NYU Langone Health, site director for NYU Langone Health’s Perlmutter Cancer Center—38th Street, discussed recent pivotal trials in CLL and the utility of triplet regimens for older patients.

OncLive: How has CLL treatment changed with the introduction of novel agents?

Raphael: Historically, we considered CLL to be both a slow and somewhat untreatable disease. Therefore, we treated patients only for symptoms. More recently, many novel agents have been shown to be better than chemotherapy in most cases, except for those who have the lowest risk factors.

As a result, we have moved away from fludarabine/cyclophosphamide/rituximab (Rituxan; FCR) or bendamustine/rituximab (BR) as initial treatment, and are now talking about starting with novel treatments.

We have 3 mechanisms to use: antibodies that attach to the surface of the cell by virtue of CD20, BTK inhibitors that inhibit the pathways for stimulus for the cell to live, and finally, BCL-2 inhibitors, which leads to prolonged survival and poor apoptosis.

With these 3 classes of drugs, the question becomes not whether to use novel agents, but [determining which] combination of those agents should be used to elicit the best response.

Lastly, if we can achieve minimal residual disease (MRD) negativity, can we eventually stop treatment with these drugs?

Could you discuss the clinical implications of the CLL14 results?

The CLL14 trial was one of the first to show that combining novel agents gives a greater, more complete response. It compared the standard treatment of chlorambucil and obinutuzumab [with the combination of obinutuzumab and venetoclax]. The results are 2-fold.

In the 1 year of treatment, patients had much higher response rates with venetoclax/obinutuzumab and much higher levels of MRD-negative disease. That translated into better responses, particularly for high-risk patients.

The caveat is if a patient is 80 years old and does not have high-risk features, the patient may benefit more from a short course of chlorambucil/obinutuzumab rather than the more toxic combination [of obinutuzumab/venetoclax]. However, for the younger patients looking for longer-term remissions, CLL14 showed that the combination [led to better outcomes] than chemotherapy, and patients could actually stop [treatment].

How have the data from the ELEVATE-TN trial impacted the landscape?

In the CLL14 trial, we used a BCL-2 inhibitor with an CD20 [blockade] and received better response. The other way to go is to use a BTK inhibitor in combination with a CD20 inhibitor.

This was important because, in a previous trial, ibrutinib was shown to be better than FCR. However, there was no benefit to adding rituximab to ibrutinib versus ibrutinib alone. Obinutuzumab is a much better CD20-directed antibody.

When you look more at acalabrutinib with obinutuzumab versus acalabrutinib alone, remissions are not statistically longer. However, there is a tendency for the combination to be better than the single agent. Whether this will prove to be a better combination is yet to be determined.

What about combinations with other targeted modalities, such as what was evaluated in the CLARITY trial?

CLARITY was a phase II trial that showed that the combination [of ibrutinib and venetoclax] was safe, with the exception of some neutropenia that could be abrogated by preventing low neutrophils or by filgrastim (Neupogen) if they got too low. The combination also had a high MRD-negativity rate.

Again, this showed that we are moving into another set of combination strategies. In turn, this trial led the Eastern Cooperative Oncology Group (ECOG) to start a trial looking at combining 3 drugs—obinutuzumab, ibrutinib, and venetoclax&mdash;in a sequence to prevent tumor lysis syndrome (TLS) versus obinutuzumab and ibrutinib. The plan is not only for patients to achieve MRD-negative disease, because the CLARITY trial showed a 75% MRD-negativity rate, but to stop treatment at 18 months. This is a very important aspect.

These drugs have long-term toxicity and they are very expensive. Getting high rates of durable response would be a great thing.

What challenges do you face regarding sequencing all of these therapies?

Sequencing is important because of the risk of TLS. In the beginning, we did not kill enough CLL cells with standard treatment to worry about TLS and its consequences, because CLL is a slow disease.

Now that we have more effective agents, patients with large tumor burden were [more likely] to develop TLS, particularly at the beginning of treatment. To [mitigate] this, we start with [the first drug] at small doses, such as 20 mg, and increase to 400 mg over 1 or 2 months.

If you use obinutuzumab first, there may be tumor reduction without tumor lysis. Additionally, we haven't had any TLS with the other novel agents. Therefore, in the ECOG trial I mentioned earlier, patients start on obinutuzumab with ibrutinib. After 2 months of cytoreduction, venetoclax is added.

The protocol I discussed, and even that of the CLARITY trial, is not for older patients. At this point, our trial is for patients <70 years old.

There is a companion trial being started with ECOG, as well as other large trials, for patients ≥70 years old. These trials have similar background, but it is not [accruing] as well. People are afraid of the combined toxicity in an older patient population.

My feeling is that this regimen [of obinutuzumab, ibrutinib, and venetoclax] would be good for patients <70 years old unless they have no risk factors, such as IGHV mutations and no abnormal cytogenetics except 13q deletion.

You could treat a patient with FCR since that gives long remissions after just 6 months, and then provide [another regimen for] relapsed patients years later. However, that only represents about 20% of younger patients. For everybody else, the first choice should be to use either ibrutinib or venetoclax. Venetoclax has been proven to be better when used in combination with an agent, such as obinutuzumab.

Experimentally, the next step for patients <70 years old is getting them on a protocol with the idea of achieving MRD-negativity and then stopping treatment. For patients between the ages of 70 and 80 years old, we could use a monotherapy or doublet regimen, but not a triplet regimen.

Finally, for patients ≥80 years old, there is a high incidence of atrial fibrillation with ibrutinib. Instead, we could use acalabrutinib, which has about 3% incidence of atrial fibrillation. For single agents, you could use venetoclax, or chlorambucil/obinutuzumab for months, and then stop treatment. These regimens can lead to 4- and 5-year responses. For an 80-year-old patient, it's a big deal to be off treatment during that time.

CLL is not a single disease. There are various risk factors that suggest a patient's disease is more or less aggressive. Important factors are the cytogenetics, particularly p53 deletion, trisomy 12 and ATM deletion, as well IGHV mutations.