Using circulating tumor cell count as a guide to first-line treatment, either with chemotherapy or endocrine therapy, resulted in an improvement in overall survival compared with physician’s choice of treatment without CTC count for patients with metastatic, hormone receptor–positive/HER2-negative breast cancer. 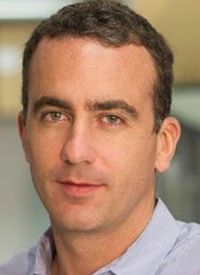 Using circulating tumor cell (CTC) count as a guide to first-line treatment, either with chemotherapy or endocrine therapy, resulted in an improvement in overall survival (OS) compared with physician’s choice of treatment without CTC count for patients with metastatic, hormone receptor (HR)–positive/HER2-negative breast cancer, according to longer follow-up of the phase 3 STIC CTC trial (NCT01710605).1

Data obtained after a median follow-up of 57 months from the study revealed better long-term outcomes with a treatment strategy based on CTC count in patients with discordant clinical/CTC profiles.

Specifically, among the 25% study participants who had a discordant profile as defined by a clinically low-risk profile but a high CTC count (≥5 CTCs/7.5 mL), patients treated with chemotherapy had an absolute gain in OS of 16 months compared with those treated with endocrine therapy, corresponding to a 47% reduction in the risk of death. These data suggest the utility of the CTC count as a biomarker for guiding treatment choice.

In contrast, in those with the opposite discordant profile—a clinically high-risk profile and a low CTC count—there was no significant difference observed on progression-free survival (PFS) or OS whether patients received chemotherapy or endocrine therapy. In this group, the median PFS was 9.3 months in the CTC count–based arm, for whom endocrine therapy was chosen, vs 14.6 months in the standard arm, for whom chemotherapy was selected (P = .54), and median OS was 49.4 months vs 45.9 months (HR, 0.88; 95% CI, 0.51-1.51; P = .64), respectively.

Guidelines recommend prioritizing endocrine therapy before switching to chemotherapy to treat patients with metastatic breast cancer. This recommendation is based on the limited side effects of endocrine therapy compared with chemotherapy. Guidelines, however, provide an option to use chemotherapy in patients with aggressive disease and an unfavorable prognosis, which has led to highly heterogeneous treatment decisions, Bidard, professor of medical oncology at Institut Curie and Versailles Saint-Quentin University, Paris, France, noted during the presentation.

There were 61.4% of patients with concordant estimates: 48.2% with both a clinically low profile and a low CTC count and 13.2% with a clinically high profile and high CTC count. In the low/low cohort, for which endocrine therapy was used in both arms, the median OS was approximately 5 years. In the high/high cohort of patients treated with chemotherapy, the median OS was approximately 3 years.

In the overall population, including the 61.4% with concordant estimates and no change in treatment, noninferiority between treatments was previously established on the PFS endpoint. The median PFS in the CTC-driven choice arm was 15.5 months compared with 13.9 months in the clinician-driven choice arm, thereby meeting the primary endpoint of noninferiority.2 “Longer follow-up substantiates that CTC-based choice is safe,” Bidard said.

The main limitation of the study was that it was designed before CDK4/6 inhibitors became the standard of care, he said. However, the dilemma between endocrine therapy and chemotherapy remains intact after patients progress on a CDK4/6 inhibitor given as first line or adjuvant therapy.