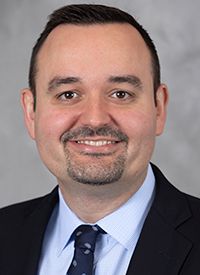 The presence of circulating tumor DNA (ctDNA) and circulating tumor cells (CTCs) following neoadjuvant chemotherapy can be an independent predictor of disease recurrence in patients with early triple-negative breast cancer (TNBC), and these patients can be further risk-stratified based on the presence of minimal residual disease (MRD), according to an analysis from the phase II BRE12-158 study presented during the 2019 San Antonio Breast Cancer Symposium.1

Moreover, the addition of CTCs adds complementary information to ctDNA for MRD detection, and the absence of these markers shows a superior ability to predict that a patient will not relapse, explained first study author Milan Radovich, PhD, in a press conference during the meeting.

“While it is important that we have a technology that can tell us which patients do poorly, I believe the more important thing now is that we need to learn how to act [from these data],” said Radovich, who is an associate professor of surgery and medical and molecular genetics at Indiana University School of Medicine.

TNBC comprises approximately 15% to 20% of all patients with breast cancer and is more likely to affect African American and Hispanic women; this type of cancer is also more likely to metastasize and reoccur after treatment.

Current standard options are neoadjuvant chemotherapy with doxorubicin, cyclophosphamide, and paclitaxel followed by surgery. While one-third of patients will achieve a pathologic complete response to this approach, the remainder of patients will still have residual disease at time of surgery, develop resistance to chemotherapy, and will likely have poor survival outcomes.

ctDNA and CTCs have previously demonstrated to be markers of residual disease, said Radovich. In this analysis, the goal was to determine whether these markers can also be used to predict recurrence in patients who are disease-free following standard therapy.

Investigators analyzed plasma samples that were collected from patients with early TNBC who were enrolled on the recently completed phase II BRE12-158 trial (NCT02101385), which comprised 196 patients who underwent neoadjuvant chemotherapy and were determined to have significant residual disease at the time of surgery. On the trial, tumors with residual disease were genomically sequenced and patients were randomized to receive either genomically directed treatment versus physician’s choice of treatment.

Plasma and CTCs are taken on day 1 of cycle 1, or physician’s choice of therapy with plasma and CTCs at first routine visit. ctDNA was sequenced in 142 patients via FoundationOne Liquid Test.2 Mutated ctDNA was identified in 63% of patients (n = 90); the most commonly mutated gene was TP53.

The primary endpoint of BRE12-158 is 2-year disease-free survival (DFS); this endpoint is still maturing, and the results will be presented at a later date, Radovich said.

“What happens when we combine these 2 powerful markers for circulating tumor material?” questioned Radovich. “Patients who were negative for both [markers] had an exceptional superior outcome. If they were positive for 1 marker or the other, they had intermediate outcomes, and if they were positive for both ctDNA and CTC they had inferior outcomes.”

Additionally, in a multivariate analysis, when the researchers controlled for factors including residual cancer burden; tumor size, grade, and stage; age; and race, detection of ctDNA was still independently associated with inferior DDFS. Overall, ctDNA-positive patients were 3 times as likely to have distant disease recurrence than ctDNA-negative patients.

As a next step of the trial, the umbrella-design, multiarm PERSEVERE trial (BRE18-334) will enroll female patients with early-risk TNBC who have residual disease at the time of surgery and will be stratified based on ctDNA positivity or negativity. Patients with ctDNA-negative disease will automatically receive physician’s choice of therapy.

The trial is planned to open in the first half of 2020, Radovich concluded, adding that this research is worth exploring in other breast cancer subtypes.

“In TNBC, women have rapid recurrence that peaks in the first 3 years, so we believe this ctDNA information is important for these women who can aggressively recur,” said Radovich. “We know that with estrogen receptor—positive disease, recurrence can happen 10 years or later, and how ctDNA can work in that particular setting is currently unknown.”

“[These data] should impact clinical research for now,” said Kaklamani during the briefing. “We don’t have predictive data for how we’re going to act on this and improve outcomes. What we need is exactly the trial that the investigator has designed to see whether these results can then further help us in treating our patients and improving their outcomes.”