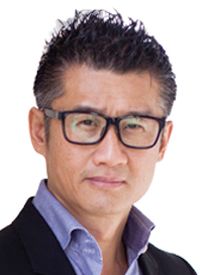 With a median duration follow-up of 31.1 months, the data provide the first evidence of an OS advantage in a randomized direct comparison of 2 EGFR TKIs as first-line therapy for EGFR mutation-positive NSCLC.

Based on the finding, “dacomitinib should be considered as a new treatment option for first-line management of patients with EGFR mutation-positive advanced NSCLC,” said presenter Tony Mok, MD, professor and chair of the Department of Clinical Oncology, Chinese University of Hong Kong.

The data cut-off for the OS analysis was February 17, 2017, with 220 (48.7%) deaths observed at that time. The hazard ratio for OS was 0.76 (P =.0438) in favor of dacomitinib. The OS probability at 30 months was 56.2% in the dacomitinib arm and 46.3% in the gefitinib arm. One patient randomized to dacomitinib and 11 randomized to gefitinib had CNS metastases at progression. However, not all patients had computed tomography scans at progression, said Mok. “So some of these patients will have asymptomatic CNS metastases.”

In the dacomitinib arm, 27.8% of patients received subsequent chemotherapy versus 35.6% in the gefitinib arm. In this group, the median OS was 29.5 months versus 24.6 months, respectively.

Third-generation EGFR TKI exposure was 9.7% in the dacomitinib arm and 11.1% in the gefitinib arm. In this group, median OS was 36.7 months and not reached in either arms, respectively. Among the patients who received other EGFR TKIs at subsequent therapy (slightly more than 8% in either arm), median OS was 34.7 months in those assigned to dacomitinib and 32.1 months in those randomized to gefitinib.