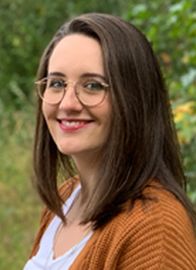 The addition of daratumumab (Darzalex) to bortezomib (Velcade), cyclophosphamide, and dexamethasone (VCd) led to an improved hematologic complete response (CR) rate compared with VCd alone in patients with newly diagnosed amyloid light-chain (AL) amyloidosis, according to findings from the phase 3 ANDROMEDA trial, which were presented virtually during the 2020 ASH Annual Meeting & Exposition.

“No matter what criteria for response we use, daratumumab added to VCd increased the depth of hematologic responses in newly diagnosed patients with AL [amyloidosis] and also prevented major organ deterioration in patients,” said lead study author Raymond L. Comenzo, MD, director of Transfusion Services and the John C. Myeloma and Amyloid Program and Tufts Medical Center. “This is extremely important because it is the organ deterioration that causes the impact on quality of life.”

No therapies are approved to treat AL amyloidosis, but standard options, such as VCd have been extrapolated from multiple myeloma. As such, treatment options are needed to combat multiorgan involvement that is often observed with delayed AL amyloidosis diagnosis, while inducing rapid and deep hematologic responses.

After screening, the open-label, active-controlled ANDROMEDA protocol randomized eligible patients (n = 388) 1:1 to receive weekly VCd for 6 cycles plus 1800 mg of subcutaneous daratumumab for 2 weekly cycles, followed by an additional 3 to 6 cycles every 2 weeks, followed by 1800 mg of subcutaneous daratumumab every 4 weeks until major organ deterioration–progression-free survival (MOD-PFS) or a maximum of 24 cycles, or weekly VCd for 6 cycles. Patients were observed until MOD-PFS.

Eligible patients had AL amyloidosis with at least 1 organ impacted, no prior therapy for AL amyloidosis or multiple myeloma, cardiac stage I to IIIA disease, and an estimated glomerular filtration rate of at least 20 mL/min.

Patients were stratified by cardiac stage, whether transplant was typically offered in the patient’s local country, and creatinine clearance.

Additional findings showed that the depth of response, measured by all hematologic response criteria, was prolonged in the D-VCd group vs the VCd group.

Observed safety signals were consistent with the known toxicities associated with subcutaneous daratumumab and VCd. Notably, higher rates of cardiac and renal responses at 6 months were observed with D-VCd vs VCd (cardiac, 42% vs 22%, respectively; renal, 54% vs 27%, respectively).

“These results clearly support the activity and the benefit of daratumumab subcutaneously in this population. Obviously, longer follow-up, which is underway, is needed to determine the overall impact of depth of response and prolongation of [MOD-PFS] on overall survival,” concluded Comenzo.