Investigators at Memorial Sloan Kettering Cancer Center, in conjunction with investigators at Johns Hopkins, published data in The New England Journal of Medicine showing that a small subset of patients with resectable NSCLC who received 2 doses of nivolumab (Opdivo) experienced a 45% major pathologic response (MPR). These findings were replicated at The University of Texas at MD Anderson Cancer Center, where Tina Cascone, MD, PhD, and colleagues, reported an MPR of 17% with nivolumab alone and 33% with nivolumab plus ipilimumab (Yervoy).

The data with atezolizumab (Tecentriq) are not as overwhelming, says Chaft. However, these data have come from larger studies and may be more representative of the real-world in which the MPR rate was found to be comparable to that of chemotherapy. These data suggest that the field needs better biomarkers of response to immunotherapy. Although immunotherapy has shown strong signals of activity in this patient population, the way of the future may be to combine chemotherapy with immunotherapy, as demonstrated by Catherine Ann Shu, MD, of Columbia University Irving Medical Center, et al, and now Mariano Provencio, MD, of Hospital Puerta de Hierro, concludes Chaft. 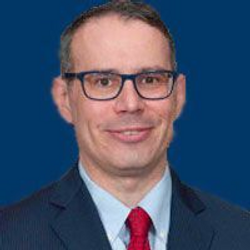 Explosion of Data Come From Innovative Combos in CLL

Dr. Ip on the Challenges of Treating Patients With Hematologic Malignancies and COVID-19
x