Dr. Weber on Toxicity Data From CheckMate-238 Trial in Melanoma

The toxicity data have not been updated since the presentation on the trial at the 2017 ESMO Congress, which included all patients who were followed up to 100 days after treatment, says Weber.

At the meeting, Weber reported that 8% of patients in the nivolumab (Opdivo) arm had to stop treatment due to toxicity. Furthermore, around 10% to 15% of patients experienced grade 3 or 4 immune-related adverse events that were determined to be of significance. The data, according to Weber, were in line with what would be seen in the metastatic setting when single-agent PD-1 drugs like nivolumab or pembrolizumab (Keytruda) are used, Weber concludes. 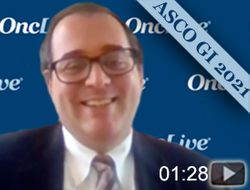 Dr. Harding on the Results of the SUMMIT Trial in HER2+ Biliary Tract Cancers 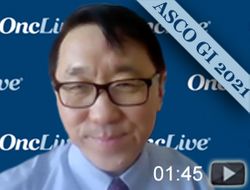 Dr. Zhu on the OS Results of the ClarIDHy Trial in IDH1+ Cholangiocarcinoma