The phase 3 Alliance A011202 trial (NCT01901094) is comparing axillary lymph node dissection with axillary radiation in patients with node-positive disease; this research may serve to help those who experience a positive clinical response to neoadjuvant chemotherapy, with their positive nodes becoming clinically negative, White says. If patients are found to have disease per sentinel node biopsy, it is worth questioning whether they need axillary node dissection, considering its accompanying toxicities such as arm swelling and numbness, or whether can they receive radiation alone.

For patients who remain node positive following adjuvant chemotherapy, they have the benefit of not undergoing axillary lymph node dissection, as they will be receiving regional nodal irradiation. This study may be beneficial to patients due to its potential for symptom control, White adds.

A sister trial to this effort is the phase 3 NSABP B-51/RTOG 1304 (NCT01872975) study. In this trial, if a patient started off with node-positive disease and became pathologically node negative at the time of surgery, they were randomized to receive either regional nodal radiation, with the chest wall and mastectomy or with the breast, following breast conserving surgery, or no regional nodal irradiation. For patients who have had a mastectomy this would mean no use of radiation, while those who have had a lumpectomy would only receive radiation of the breast, White concludes. 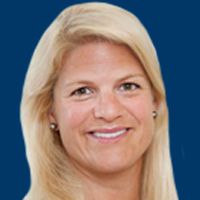