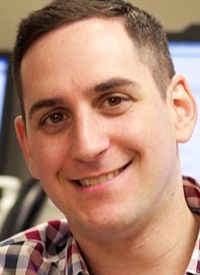 Treatment with CD19-22.BB.z-CAR, a bispecific CAR T-cell therapy targeting CD19 and CD22, elicited high response rates and was well tolerated in adult patients with relapsed/refractory, CD19-positive B-cell acute lymphoblastic leukemia (B-ALL) and large B-cell lymphoma (LBCL), according to findings from a phase 1 study (NCT03233854) that were published in Nature Medicine.1

The results showed that 97% of the CAR T-cell therapy products reached the protocol-specified dose, and no dose-limiting toxicities (DLTs) occurred during dose escalation, meeting the primary end points of the study.

More than 50% of patients who receive CD19-directed CAR T-cell therapy will develop progressive disease. To understand the association between CD19 antigen expression and relapse, investigators measured CD19 expression at baseline and at disease progression in patients who received treatment with the CD19-directed CAR T-cell therapy, axicabtagene ciloleucel (axi-cel; Yescarta) at Stanford.

As a potential way of overcoming antigen escape and subsequent relapse, investigators subsequently evaluated a dual CD19- and CD22-targeted CAR T-cell therapy in patients with relapsed/refractory B-ALL and LBCL.

Eligible patients had relapsed/refractory disease following at least 2 prior lines of therapy and had measurable disease that expressed CD19.

The primary end points of the study were manufacturing feasibility and safety; efficacy served as a secondary end point.

In the LBCL cohort, the median age was 69 years (range, 25-78); 15 patients had c-MYC and BCL2 expression, 3 had high-grade B-cell lymphoma with c-MYC and BCL2 translocation and/or BCL6 translocation, and 4 had prior autologous stem cell transplant.

“The observed relapses with CD19 [negativity and loss]and maintained CD22 expression could be due to reduced potency of the bispecific receptor toward CD22 vs CD19,” wrote the authors.

“The reduced potency of the CD22 [single-chain variable fragment] provides a mechanism for relapse with CD19 [negative and low] disease with preserved CD22 expression in the population studied here,” wrote the authors.

Regarding toxicity, 1 DLT occurred during the trial. Any-grade cytokine release syndrome (CRS) occurred in 29 patients (76%), with a median onset of 1 day after infusion (range, 0-8) and lasted a median of 4 days (range, 1-12).

CRS and neurotoxicity were treated per institutional guidelines, with 15 patients (39%) receiving at least 1 dose of tocilizumab (Actemra; range, 1-3) and 45% of patients receiving corticosteroids.

All cases of CRS and neurotoxicity resolved.

Two patients had evidence of macrophage activation syndrome with hyperferritinemia and hypofibrinogenemia with grade 3 or greater neurotoxicity and received high-dose corticosteroids and anakinra.

“Future work is needed to optimize multi-specific targeting by CAR T cells to improve the efficacy of this class of therapeutics both in B-cell malignancies and other solid and liquid cancers,” concluded the authors.