Duvelisib Approved in Europe for Relapsed/Refractory CLL or Follicular Lymphoma

The European Medicines Agency has granted marketing authorization to duvelisib for single-agent use in patients with relapsed/refractory chronic lymphocytic leukemia who have previously received at least 2 therapies or those with follicular lymphoma whose disease is refractory to at least 2 previous systemic therapies.

The European Medicines Agency has granted marketing authorization to duvelisib (Copiktra) for single-agent use in patients with relapsed/refractory chronic lymphocytic leukemia (CLL) who have previously received at least 2 therapies or those with follicular lymphoma whose disease is refractory to at least 2 previous systemic therapies.1

The decision follows a positive opinion issued from the Committee for Medicinal Products for Human Use made in April 2021.2

“This market authorization is an important step in helping patients suffering from relapsed or relapsed CLL and FL who currently have limited options and poor outcomes,” David M. Cohan, MD, chief medical officer of Secura Bio, stated in a press release. “When commercially launched, [duvelisib] will provide patients and physicians across much of Europe with an oral, dual inhibitor of PI3K, a treatment option that works differently from other available therapies for these incurable diseases.”

In the multicenter, randomized, open-label phase 3 DUO study, investigators compared the safety and efficacy of single-agent duvelisib with single-agent ofatumumab in patients with relapsed/refractory CLL/SLL.

To be eligible, patients needed to have active disease that necessitated treatment per the International Workshop on CLL criteria or Revised International Working Group criteria. Also, patients had to have progressed during, or relapsed after, at least 1 prior therapy. Other eligibility criteria called for radiographically measurable disease and acceptable renal and hepatic function.

The trial enrolled a total of 319 patients who were randomized 1:1 to receive duvelisib at a twice-daily dose of 25 mg in 28-day cycles with the exception of the first cycle that was 21 days (n = 160) or ofatumumab (n = 159). Dosing for ofatumumab was based on the dose and schedule outlined in the approved labeling for the agent in patients with relapsed CLL.

The primary end point of the trial was PFS per IRC, while secondary end points included ORR per IRC and overall survival (OS).

Additional data demonstrated that the PFS benefit derived with duvelisib was upheld across several predefined subgroups, including those who had high-risk cytogenetic markers. In patients whose tumors harbored del(17p)/TP53 mutations, the median PFS per IRC was 12.7 months and 9.0 months with duvelisib and ofatumumab, respectively (HR, 0.40; P = .0002). Per investigator assessment, the median PFS in this subgroup was 13.8 months and 9.5 months in the investigative and control arms, respectively (HR, 0.41; P = .0003).

Regarding safety, almost all patients on both arms reported a toxicity. The most frequent hematologic adverse effects reported with duvelisib and ofatumumab included neutropenia (33% vs 21%), anemia (23% vs 10%), and thrombocytopenia (15% vs 6%). Nonhematologic toxicities experienced with duvelisib included diarrhea (51%), pyrexia (29%), nausea (23%), and cough (21%). Colitis was experienced by 13% vs 8% of those in the investigative and control arms, respectively.

In the single-arm, open-label, global phase 2 DYNAMO study, investigators examined the safety and antitumor activity of duvelisib monotherapy in patients with relapsed indolent NHL that was refractory to rituximab (Rituxan) and either chemotherapy or radioimmunotherapy.

To be eligible to participate, patients needed to be at least 18 years of age; have histologically confirmed follicular lymphoma, SLL, or marginal zone lymphoma (MZL); radiographically measurable disease; disease refractory to both rituximab and either chemotherapy or radioimmunotherapy; an ECOG performance status of 0 to 2; and acceptable renal and hepatic function. At least 1 of the prior chemotherapy regimens received had to have contained an alkylating agent or a purine analog.

A total of 129 patients were enrolled to the trial and received at least 1 dose of duvelisib; 83 of these patients had follicular lymphoma, 28 had SLL, and 18 had MZL. Patients received duvelisib at a twice-daily dose of 25 mg continuously in 28-day treatment cycles until progressive disease, intolerable toxicity, or death.

The primary end point of the study was ORR per IRC assessment, while secondary end points comprised duration of response (DOR), PFS, OS, and time to response (TTR).

The median age of study participants was 65 years (range, 30-90), and the majority of patients were male (68.2%) and White (89.9%). Eighty-five percent of patients had advanced-stage indolent NHL and 67% had elevated lactate dehydrogenase. Most patients had an ECOG performance status of 1 (94.6%). Notably, among those with follicular lymphoma, 87% were considered to be intermediate or high risk, according to the Follicular Lymphoma International Prognostic index. Participants had received a median of 3 prior lines of treatment (range, 1-18).

Additional data from the study showed that the ORR with duvelisib was numerically higher in patients within the United States vs non-US patients, at 59% vs 41%, respectively. Conversely, the ORR with the agent was found to be lower in those who had previously received bendamustine vs those who had not, at 39% and 62%, respectively. Eighty-three percent of patients were found to have reductions in lymph node tumor burden with duvelisib. 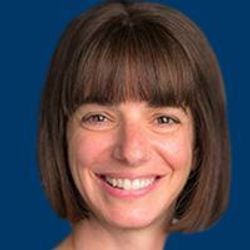 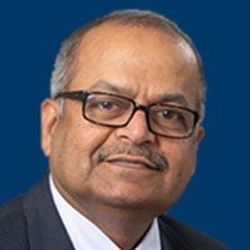