The European Medicines Agency has accepted a marketing authorization application for momelotinib as a treatment for patients with myelofibrosis. 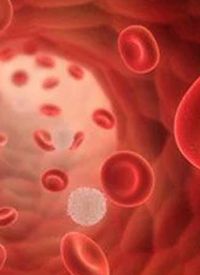 The European Medicines Agency (EMA) has accepted a marketing authorization application (MAA) for momelotinib as a treatment for patients with myelofibrosis, according to an announcement from GSK.1

Momelotinib inhibits the JAK1, JAK2, and ACVR1 pathways. Inhibition of the JAK1 and JAK2 pathways could improve symptoms and splenomegaly, and inhibition of ACVR1 can lead to a decrease in circulating hepcidin, which can contribute to anemia since it is elevated in patients with myelofibrosis. Momelotinib is not currently approved in any market.

The trial enrolled patients with symptomatic (TSS ≥10) and anemic (hemoglobin <10 g/dL) myelofibrosis who previously received a JAK inhibitor. A total of 195 patients with taper and washout over at least 3 weeks and dosed with a JAK inhibitor therapy were randomly assigned to 200 mg of momelotinib or 600 mg of danazol per day.

Early crossover was permitted to patients on the danazol arm who had confirmed disease progression; those patients then went on to receive an open-label 200 mg daily dose of momelotinib.

Twelve patients (18.2%) required momelotinib discontinuation due TEAEs. Twenty-six patients (39.4%) required dose reduction or interruption. Those rates were 14.7% and 26.5%, respectively, in the control arm. The most common grade 3 or higher TEAEs in the experimental group were thrombocytopenia (33.3%) and anemia (9.1%), compared with 20.6% and 11.8%, respectively, in the control group.

In August 2022, the FDA accepted a new drug application for momelotinib for the treatment of patients with myelofibrosis.3