Embracing the Challenge and the Grind: Paul G. Richardson is a Giant of Cancer Care in Myeloma 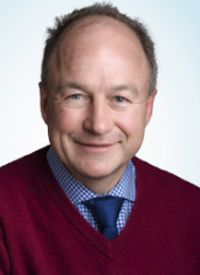 A loose translation of the Latin phrase, which serves as the motto of the Millfield School in Somerset, England, means “to succeed by grinding.” The credo has stuck with Paul G. Richardson, MD, who attended Millfield from middle school to high school, and served as an inspiration for his unmatched contributions to the field of multiple myeloma.

Richardson, the clinical program leader and director of clinical research at the Jerome Lipper Multiple Myeloma Center at Dana-Farber Cancer Institute in Boston, Massachusetts, spearheaded the development of a large proportion of novel therapies currently used in multiple myeloma, including the combination of lenalidomide (Revlimid), bortezomib (Velcade), and dexamethasone, which is widely considered to be a backbone of initial myeloma treatment.

Since 2000, Richardson’s contributions in partnership with his colleagues to the field have helped extend the median survival for patients with standard-risk multiple myeloma from 2 to 3 years to long as 15 years.

“We’ve truly made a difference, and it’s been a privilege to be a part of that process,” Richardson said. “I’ve been lucky to work with an incredibly good team and, along the way, to have treated incredible patients.”

One of Richardson’s first significant contributions to the hematologic paradigm came in the form of the defibrotide sodium (Defitelio). The agent is the only FDA-approved treatment for hepatic veno-occlusive disease (VOD) in adults and children with renal or pulmonary dysfunction following hematopoietic stem cell transplant and has significantly reduced the mortality rate of this much-feared complication by approximately half.

One of his mentors, George P. Canellos, MD, the 2020 Giants of Cancer Care® award winner for lymphoma, directed him to focus on VOD and evaluate defibrotide. Richardson was working for the late Emil “Tom” Frei III, MD, who was then the emeritus director and physician in chief at Dana-Farber Cancer Institute. Richardson recalled Canellos telling him, “‘Tom is a genius. He will tell you to cure [cancer], and you’ll go after it. However, it will be a long, hard [road], and you’ll probably end up being frustrated....Better to successfully target a toxicity first and make a difference there.’

On Christmas Eve 2013, one of Richardson’s colleagues, a pediatric transplant physician, called him from Boston Children’s Hospital to share the story of a child with acute myeloid leukemia and life-threatening VOD. The patient had a “beautiful” response to defibrotide, resulting in a successful outcome and exemplifying the importance of the work.

Richardson credits a large portion of the observations in defibrotide and the “bench-to-bedside research” to the uniquely supportive environment at Dana-Farber Cancer Institute.

“There isn’t any institution [where] we could have developed defibrotide other than [Dana-Farber] in the way that we did and gotten it across the goal line because the environment is both so highly collaborative and innovative,” he said.

It Began With Biscuits

Although Richardson found his home away from home at Dana-Farber—he’s been on faculty there since 1994—he is not a native Bostonian. His cheerful British accent makes it clear that he’s a son of the sceptered isle.

Richardson was born in the town of Haslemere in Surrey, England, into a self-described “unusual childhood.” His father worked in Britain’s foreign service, and the family called West Africa home for much of his early childhood. While still a boy, Richardson lost his father under tragic circumstances. His mother “reinvented her career” as a nurse to support Richardson and his older sister, Katherine.

Until age 10, Richardson would give out tea and biscuits to the patients at his mother’s hospital, which he recalls as his first interaction with patients.

Later, he attended a British boarding school after his family was posted to the Middle East.

On holidays, he would visit his mother in Saudi Arabia. Richardson, who worked part-time delivering medical supplies to units in the hospital where his mother worked, remembers speaking with doctors and becoming familiar with the medical world. He was also able to follow certain patients’ stories to see the full scope of benefit that medical care could offer.

He remembers a young Saudi Arabian woman who was in an abusive, polygamous marriage and could not easily divorce under Saudi law. Seeking to escape her torment, she attempted self-immolation with gasoline. Badly burned, but alive, the woman received treatment and superb care, undergoing successful reconstruction from a gifted plastic surgeon who allowed Richardson to join him on rounds and follow the journey of this patient as well as others. Ultimately, the woman was allowed to divorce her abusive husband and later remarried.

Richardson also recalls his interactions with missionaries who brought antibiotics to Bedouin tribes in the remote Saudi desert, where upper respiratory tract infections and pneumonia were common due to dramatic temperature fluctuations, sandstorms, and confined living conditions. “It was those kinds of experiences where you see someone making a real difference in another person’s life,” Richardson said. “I was seeing firsthand the interface between medicine and improving other people’s lives. To have that experience in Britain and the Middle East and to have the privilege of working in the hospital environment [were] very formative.”

Another inspiration came in the form of a school biology thesis, assigned by a “generous” teacher, on cancer medicine and carcinogenesis. “[The project] really caught my imagination,” he said. “I really dug into it deep, and my captivation with cancer started then.”

After enrolling in medical school at the age of 17, Richardson received his MBBS in 1986 from the Medical College of St Bartholomew’s Hospital, which he credits as being a foundational institution of oncology research in Britain and a superb medical school. Taken collectively, Richardson’s many brushes with the medical field led him to zero in on oncology as a specialty from the start of medical school.

While in residency and completely by chance, Richardson’s life was changed when he met his future wife, Annie, who was visiting England from Connecticut. During his residency at the Royal Marsden Hospital in London, Richardson and Annie lived together in Britain and married in 1990. For family reasons, the couple moved back to Northwestern Connecticut to be close to Annie’s home.

Inspiration at Home and Hospital

In 1991, Richardson began a fellowship in hematology and oncology at Baystate Medical Center in Springfield, Massachusetts.

“It was a wonderful move. Going from the Royal Marsden Hospital in Britain to Baystate was a culture shock, but it was the very best thing I could have ever done,” Richardson said. “It allowed me to learn and work with some outstanding colleagues, including one of my first and most helpful US mentors, Richard H. Steingart, MD, who is still practicing as a hematologist at Baystate.”

While at Baystate, Richardson served in 1993 as a visiting fellow in medical oncology at Dana-Farber. In 1994, he was invited to join the cancer center as a full-time attending physician in the Solid Tumor Autologous Marrow Program (STAMP).

Since then, Dana-Farber has become Richardson’s work home. He worked in STAMP and the Breast Oncology Program before moving into hematologic malignancies at the Center for Hematologic Oncology, which houses bone marrow/stem cell transplantation service. Richardson also currently serves as an institute physician at Dana-Farber in Boston, Massachusetts.

Richardson thanked various influential people from Dana-Farber including current and previous physician colleagues, nursing colleagues, biostatisticians, clinical research coordination team members, research management team members, laboratory partners, and administrative colleagues “who have made such a difference to the success of the program over the years.” He also credits his industry partners for playing key roles in his career milestones.

Outside of work, spending time with his family is Richardson’s top priority. He and Annie have 1 daughter, Faith, and 2 sons, Edward and Will, as well as 3 rescue dogs, Marcy, Lulu, and Frank. A range of sports—from ice hockey to lacrosse to rowing—has provided a platform for much-needed family time over the years. Now that their children are young adults, he says that finding time to be together has never been more important.

In addition to his family and many mentors, patients have been a source of Richardson’s unrelenting inspiration to contribute research to the field of multiple myeloma.

One patient, Richard J. Corman, came to Richardson after being given a 6-month to 1-year prognosis from multiple physicians. Corman traveled to Richardson’s office in 2001, when Richardson was “completely unknown in myeloma.” Under Richardson’s care, Corman lived with multiple myeloma for another 12 years, dying in 2013. In 2012, he and his family endowed Richardson with the R.J. Corman Professorship in Medicine at Harvard Medical School.

“This is one of the greatest honors I’ve ever had. That crystallizes both what an amazing man [Richard Corman was] and the kind of journey patients with myeloma [have traveled] over the past decade and what has been achieved,” Richardson said.

Richardson highlights another patient, surprisingly named James Bond (he goes by Jim), as a great hope in myeloma treatment.

After Bond experienced failure of numerous lines of therapy, including multiple transplants, Richardson enrolled him on a clinical trial of bortezomib. Bond, whose unique patient number was, incredibly, 007, derived a sustained complete response to bortezomib for some time before moving on to other new agents. He remains in remission 20 years later, and the myeloma is currently “well controlled.

However, Bond developed secondary leukemia because of high-dose melphalan. Although he managed to overcome the secondary malignancy and keep the myeloma at bay, Bond’s experience raised a question in Richardson’s mind: How can we think strategically about myeloma treatment in the modern era?

“In the past, we could only consider the disease with very little room to maneuver,” Richardson noted. “Myeloma could kill someone in 2 to 3 years, so you had to throw everything you could at it as quickly as you could. Now, we are looking at much longer survivorships with a significant proportion of patients living 10 to 15 years and more. This necessitates a strategic and long-term view.”

“From a patient perspective, what matters is functional disease control, functional cure, and minimal toxicity,” Richardson said. “How do we further refine the 15 novel drugs we have, generate newer drugs with less toxicity, and focus strategic approaches in myeloma that target the 3 pillars of the disease: immune dysfunction, mutational thrust, and the complex relationship that myeloma has with its microenvironment?”

“It sounds tough, but it means that you work hard and keep going,” Richardson said. “This certainly isn’t a sprint; treating myeloma is a marathon, with the privilege of caring for patients and seeing the benefit to them and their families at the absolute core.” 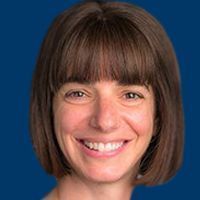