The combination of encorafenib and binimetinib led to sustained improvements in progression-free survival and overall survival, without new safety signals in patients with BRAF V600–mutant melanoma, according to 5-year follow-up of the phase 3 COLUMBUS trial. 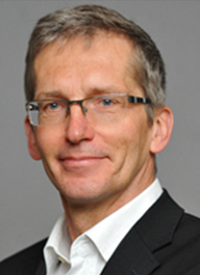 The combination of encorafenib (Braftovi) and binimetinib (Mektovi) led to sustained improvements in progression-free survival (PFS) and overall survival (OS), without new safety signals in patients with BRAF V600–mutant melanoma, according to 5-year follow-up data from the phase 3 COLUMBUS trial (NCT01909453).

Specifically, the regimen outperformed both single-agent vemurafenib (Zelboraf) and single-agent encorafenib in inducing long-term OS and PFS benefit. The PFS rates with the combination therapy was 23% in the all-randomized population (n = 192) and 31% in a cohort of patients with normal lactate dehydrogenase (LDH) levels (n = 137). The OS rates in these populations were 35% and 45%, respectively.

“This 5-year update of COLUMBUS demonstrates the long-term benefits of encorafenib plus binimetinib in patients with unresectable or metastatic BRAF V600–mutant melanoma,” wrote Reinhard Dummer, MD, a professor of dermatology with the University of Hospital Zürich, and coinvestigators.

The OS rates were highest in the combination regimen arm (35%) and the encorafenib arm (35%) vs 21% in the vemurafenib arm. For patients with normal LDH, encorafenib plus binimetinib elicited a 45% OS rate at 5 years; for those with low tumor burden, the OS rate was 48%.

Investigators found encorafenib plus binimetinib was superior to vemurafenib in prolonging OS; however, the same did not extend to single-agent encorafenib. In combination with binimetinib and as a single agent, encorafenib performed similarly in terms of OS extension. The exception was for patients with 3 organs affected at baseline: these patients experienced grater OS benefit with the combined regimen.

In addition, a lower percentage of patients receiving encorafenib plus binimetinib received subsequent therapy. Ultimately, 50% of these patients went on to receive further systemic treatments compared with 69% of the vemurafenib arm, and 62% of the encorafenib arm.

The median time for patients to experience AEs of interest was within 6 months of treatment initiation. However, AEs such as nausea, diarrhea, visual impairment, and increased transaminases were more likely to occur in the first month of treatment.

Ocular toxicities occurred in the combination arm because of MEK inhibition but were described to be mild or moderate. Ultimately, 16% of patients experienced blurred vision, and 7% of patients experienced retinal detachment, subretinal fluid, and macular edema. One patient discontinued treatment because of reduced visual acuity and retinal disorder.

Left ventricular dysfunction, also represented an AE of interest in this study; 7% of patients experienced this AE. The median time to onset was approximately 3.5 months (range, 0-21).