Because the combination of pembrolizumab, lenvatinib, and platinum-based chemotherapy showed early evidence of antitumor activity with a manageable safety profile in previously untreated patients with metastatic nonsquamous non–small cell lung cancer examined in part 1 of the phase 3 LEAP-006 trial, the second part of the research has officially begun enrollment. 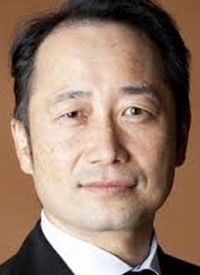 Because the combination of pembrolizumab (Keytruda), lenvatinib (Lenvima), and platinum-based chemotherapy showed early evidence of antitumor activity with a manageable safety profile in previously untreated patients with metastatic nonsquamous non–small cell lung cancer (NSCLC) examined in part 1 of the phase 3 LEAP-006 (NCT03829319) trial, the second part of the research has officially begun enrollment.

In part 2 of the trial, investigators will examine the combination of pembrolizumab, platinum-based chemotherapy, and pemetrexed with either lenvatinib or placebo.1,2

“Pembrolizumab plus platinum-based chemotherapy is a standard-of-care first-line therapy for patients with metastatic NSCLC,” lead study author Makoto Nishio, MD, of The Cancer Institute Hospital of Japanese Foundation for Cancer Research, and colleagues, wrote. “In a phase 1b/2 study, pembrolizumab plus lenvatinib showed encouraging antitumor activity, with acceptable safety in multiple tumor types, including [in patients with] metastatic NSCLC treated with fewer than 2 prior regimens.”

To be eligible for enrollment, patients needed to be 18 years of age or older, have previously untreated metastatic nonsquamous NSCLC, measurable disease, and no sensitizing genetic aberrations. Patients also had to have tissue available for biomarker assessment, and an ECOG performance status of 0 or 1. Patients could not have received radiotherapy within 2 weeks of randomization, nor could they have received steroid/immunosuppressive therapy within 7 days or live vaccines within 30 days.

Notably, those with known, untreated central nervous system (CNS) metastases were excluded; however, previously treated brain metastases were permitted if they were determined to be radiologically/clinically stable.

Participants were stratified based on PD-L1 tumor proportion score (<50% vs ≥50%), geographic site (East Asia vs non–East Asia), and performance status (0 vs 1).

Dose-limiting toxicities (DLTs) were assessed for 21 days after the first dose of pembrolizumab was administered in cycle 1. If fewer than 3 DLTs occurred in 6 patients receiving treatment on the investigative arm, part 2 of the trial was able to begin enrollment.

Safety analyses were performed in all patients who received treatment, and part 1 safety and tolerability data were analyzed using descriptive statistics. Efficacy analyses were performed in the intention-to-treat population, and ORR analysis included 95% confidence intervals that were estimated using the binomial exact CI method. Data from part 1 of the trial were presented during the 2020 ESMO Congress.

In terms of safety on part 1 of the study, 92.3% of patients reported experiencing an adverse effect (AE) of any grade. No AEs that led to death or discontinuation of all study treatment were reported, although 7.7% of toxicities led to discontinuation of some study treatment. Grade 3 to 5 AEs occurred in 53.8% of patients, the most frequent of which was hypertension (30.8%), followed by hyponatremia (15.4%) and pneumonia (15.4%).

Clinically significant AEs associated with lenvatinib treatment occurred in 92.3% of patients. The most frequently reported included hypertension (69.2%), hypothyroidism (30.8%), renal events (15.4%), proteinuria (15.4%), hemorrhage (15.4%). The most common immune-mediated AE reported in part 1 of the research was hypothyroidism (30.8%), and 7.7% of reported cases were grade 3 in severity.